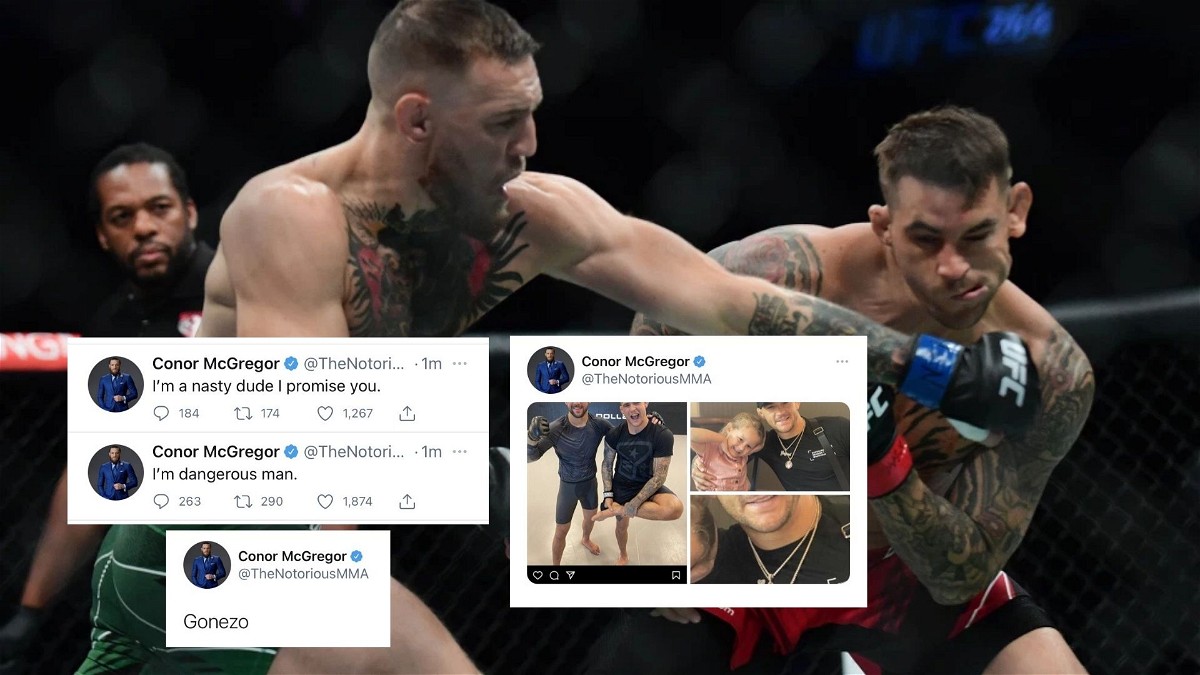 Conor McGregor continues to take personal shots at Dustin Poirier and his family following the conclusion of UFC 264. The former two-weight champion lashed out at Dustin Poirier and his wife Jolie Poirier inside the Octagon following his TKO loss to the former interim lightweight champion after he broke his leg in the closing moments of the first round.

In a series of now-deleted tweets, the former two-weight champion mocked Poirier’s family. McGregor lashed out at his arch-nemesis Dustin Poirier in a series of disturbing tweets, one which also included Poirier with his beautiful daughter.

Earlier, McGregor had sent death threats to Dustin Poirier and Jolie Poirier while inside the Octagon by making gun signs and threatening to kill them in their sleep.

“I’m a nasty dude,” “I’m dangerous man,” McGregor said, only to later deletes those tweets. McGregor also apologized on behalf of Jolie Poirier, evidently mocking her for sending her a personal message request. While the details of the message remain unknown, the entire controversy doesn’t look like it’s stopping anytime soon.

Conor McGregor blames too much alcohol for his bitter words against Dustin Poirier’s family as evident from his last tweet. “Gonezo” which means losing oneself because of too much alcohol or smoking, the former two-weight champion has been under severe scrutiny for his past comments. 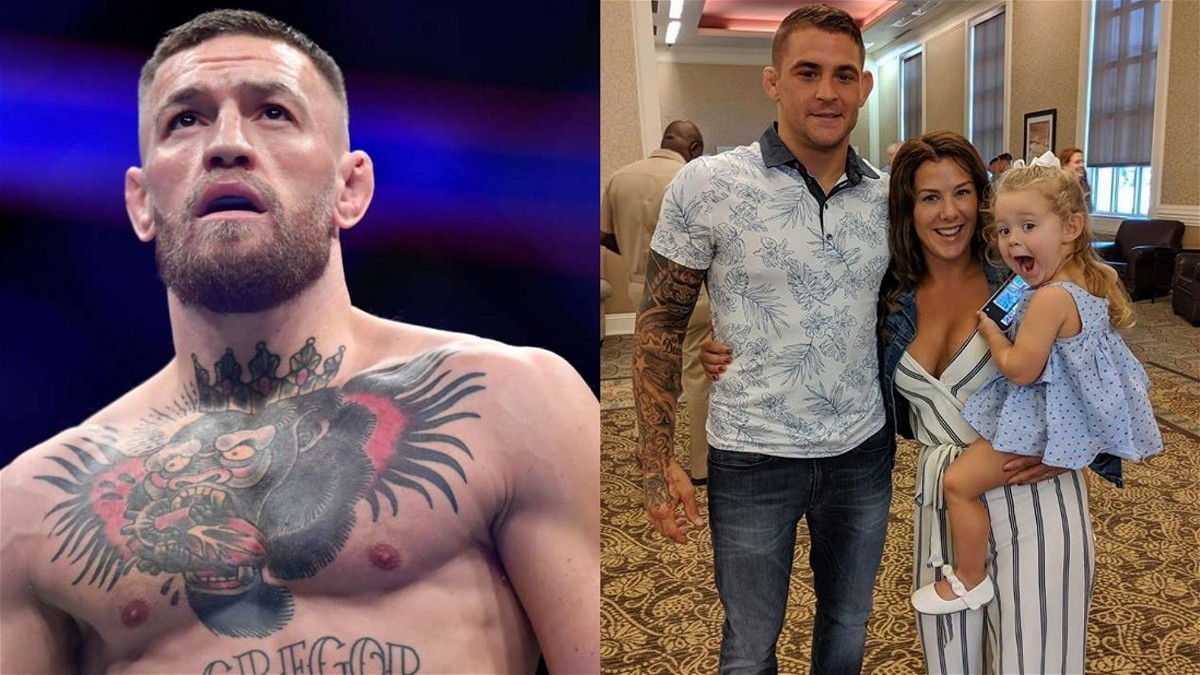 It won’t be wrong to say that such distasteful comments from someone as popular and accomplished as Conor McGregor certainly sheds a wrong light, not just on him but on the entire world of combat sports and what he represents. Dustin Poirier has not reacted to anything that McGregor has said, and remains silent on what he calls “noise” from Conor McGregor.

Conor McGregor lost the epic trilogy at UFC 264 inside T-Mobile Arena in Las Vegas after he suffered a vicious leg injury in the closing moments of the first round. Needless to say, a fourth bout is likely a possibility with UFC president Dana White also giving his nod to the same.