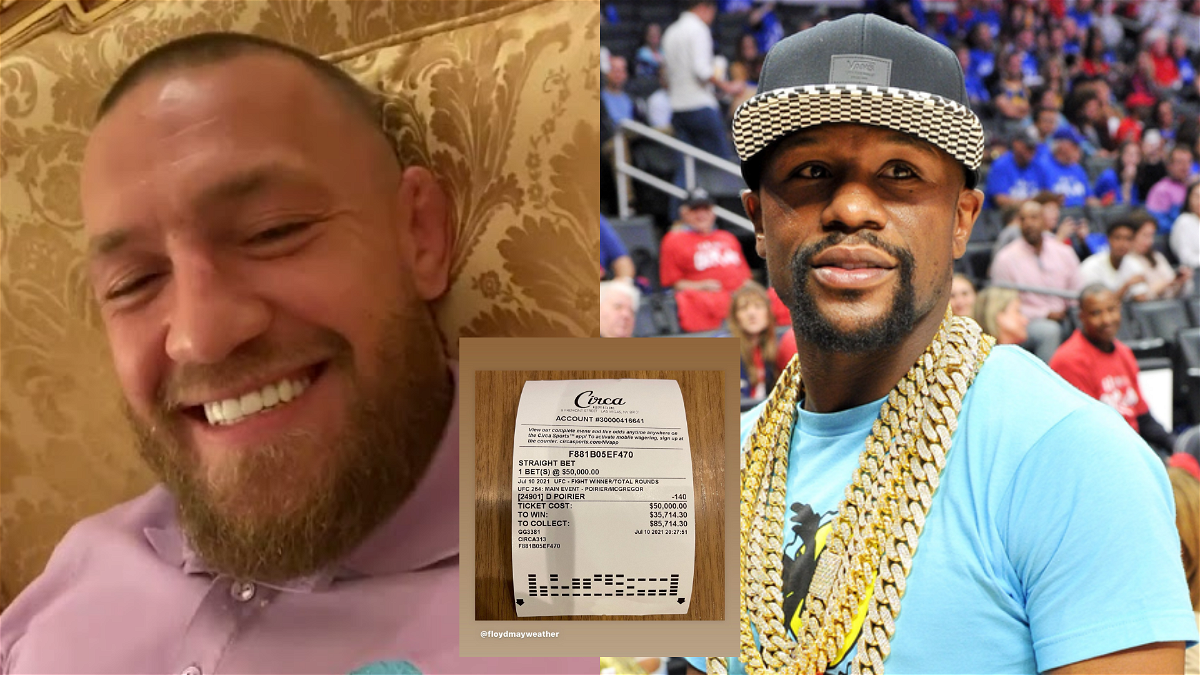 Most possibly sitting at his hospital bed, having gone a successful leg injury, Conor McGregor is taking his time to address his fans and fellow fighters. The former two-weight champion related to Floyd Mayweather betting $50,000 on Dustin Poirier for the trilogy bout at UFC 264 inside T-Mobile Arena in Las Vegas.

Floyd Mayweather immediately took to Twitter to thank Dustin for the win, following the aftermath of UFC 264 which saw the Notorious suffer a gruesome leg injury in the closing moments of the first round. Now, McGregor has reacted to the same with a reply to the tweet.

McGregor did not say much, and just quoted the amount that Mayweather won followed by laughing emojis. Mayweather had earlier sent out a tweet thanking Poirier. “Thanks for getting me paid,” the former boxing champion had captioned.

Conor McGregor has no plans of retiring anytime soon and has revealed that he will make his comeback when he is fit to walk to Octagon once again. Even in the aftermath of UFC 264, McGregor had stated that “it’s not over” with UFC president Dana White claimed that a fourth bout could be in for the works when McGregor returns.

Needless to say, there was a lot at stake for McGregor going into this fight, and while McGregor may have lost, the outcome of the fight has certainly not fit well with fight fans who will be eager to watch McGregor inside the Octagon once again.

Also Read: UFC 264 Fight Purses: How Much Did Conor McGregor, Dustin Poirier, and Sean O’Malley Earn On the Biggest Card of the Year?

Conor McGregor is still the most popular fighter in the world of combat sports and has time and again proved his ability to bounce back from adversity. In what was an extremely unfortunate situation, McGregor became one among only a handful of fighters to break their leg during a fight inside the Octagon.

Needless to say, McGregor and Poirier were putting on a show in the first round, with both the fighters showing equal dominance against each other. There’s definitely going to be the fourth bout, however, it will be a while before we see that take place.