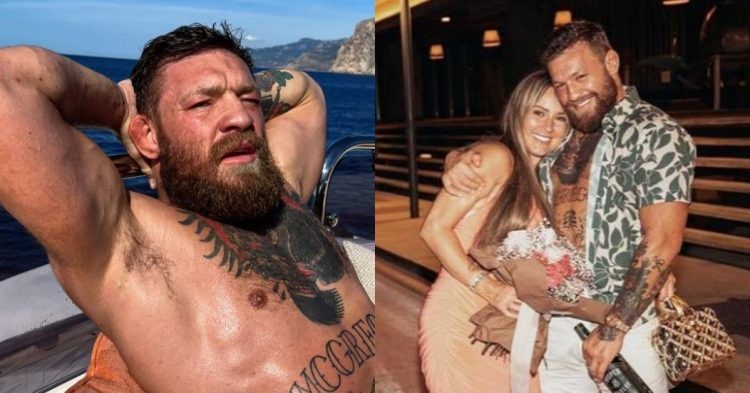 Conor McGregor is never far away from controversy. Although he remained out of the headlines in recent times, Conor has once again found himself in trouble for a recent social media post. Taking to Instagram, he shared a very lewd video of where he could be seen engaging in sexual activities with his partner Dee Devlin.

He posted the video on his Instagram stories. If there was any doubt about what the video was about, a post on his Instagram account made it very evident what was really going on, at the top of the yacht. But the reaction did not seem like a positive one from the fans and The Notorious one ended up deleting the footage.

The 34-year-old is currently busy training for his comeback early next year, Conor will be pretty much occupied for the rest of the year as he is set to shoot his debut Hollywood movie this year. He will be starring opposite Jake Gyllenhaal in the upcoming remake of the 1989 movie ‘Road House.’ It is reported that McGregor will pretty much have a lead role in the movie.

Another comment in Conor’s post suggested that he should let go of his luxurious lifestyle and look to train hard in order to regain his glory days. In general, the post was received with mixed reactions.

For fans who are unaware of who Dee Devlin is, she is Conor McGregor’s long-time partner. They have been together for 15 years now. Dee stuck by Conor when he was a struggling MMA fighter in Dublin, Ireland. They have 3 children together. Although they are not married yet, it does seem they the couple is in a happy place now.

What are your thoughts on the matter? Do you think Conor McGregor’s actions are excusable? Or what he did was absolutely despicable? Let us know in the comments down below.