Conor McGregor looks a lot lighter on his feet in the recent training footage shared by the Notorious on social media. The former dual champion is eyeing a return back to the winning column after losing to Poirier in his return to lightweight at UFC 257. The Notorious has already predicted the round for his finish, and the manner in which he will get the stoppage win against former interim lightweight champion Dustin Poirier.

Conor McGregor certainly appears to be lighter on his feet than in the training footage we saw before the Dustin Poirier rematch.

Needless to say, McGregor can be seen drilling the same finishing move in the training footage, looking more fluid in his movements. McGregor has a lot at stake going into the trilogy fight against Poirier. McGregor has not won a single bout in the lightweight division since his championship win over Eddie Alvarez back at UFC 206.

McGregor made his emphatic return to the Octagon in the welterweight division against Donald Cerrone in a blistering first-round 40-second TKO win over the MMA veteran.

Conor McGregor recently made it to headlines after he got into a Twitter spat with arch nemesis Nate Diaz. Both the fighters shared verbal spats at each other, and teased a potential trilogy in the process. In other news, McGregor also lauded Nick Diaz on the 10-year anniversary of his Strikeforce welterweight championship defense against Paul Daley.

McGregor’s loss against Dustin Poirier came in the wake of McGregor;s over reliance on boxing. Poirier was able to pie apart McGregor’s lead legs, leaving him compromised against the former interim lightweight champion. 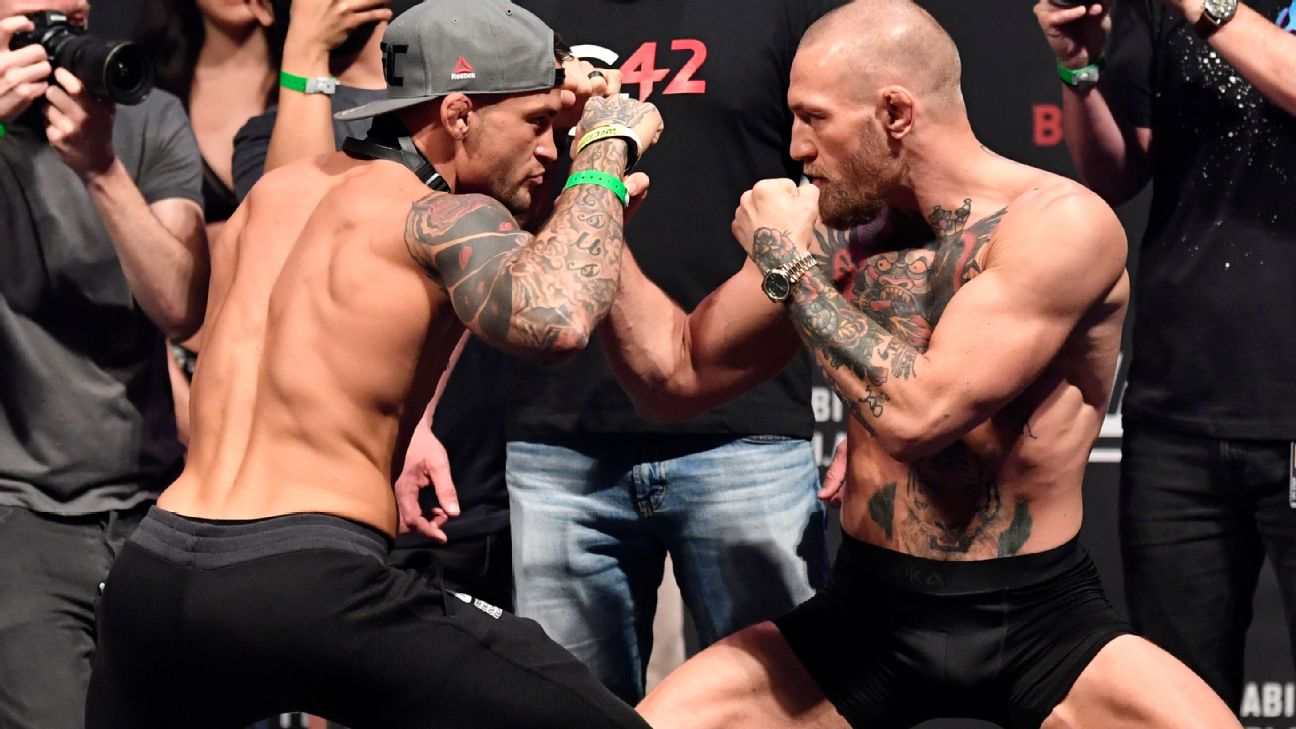 Needless to say, in the wake of a potential Manny Pacquiao fight, McGregor reliance on an opponent who was a south-paw like Pacquiao palyed a huge factor in a mixed martial arts combat against Poirier. However, the Notorious has vouched for adjustments ahead of the rematch, set to headline UFC 264.

McGregor will need to triumph over Poirier to stay relevant in mixed martial arts. Having lost two og his three last fights inside the Octagon, many believe that the Notorious is out of his prime. Be that as it may, McGregor has already done enough to go down as one of the greatest of all time.