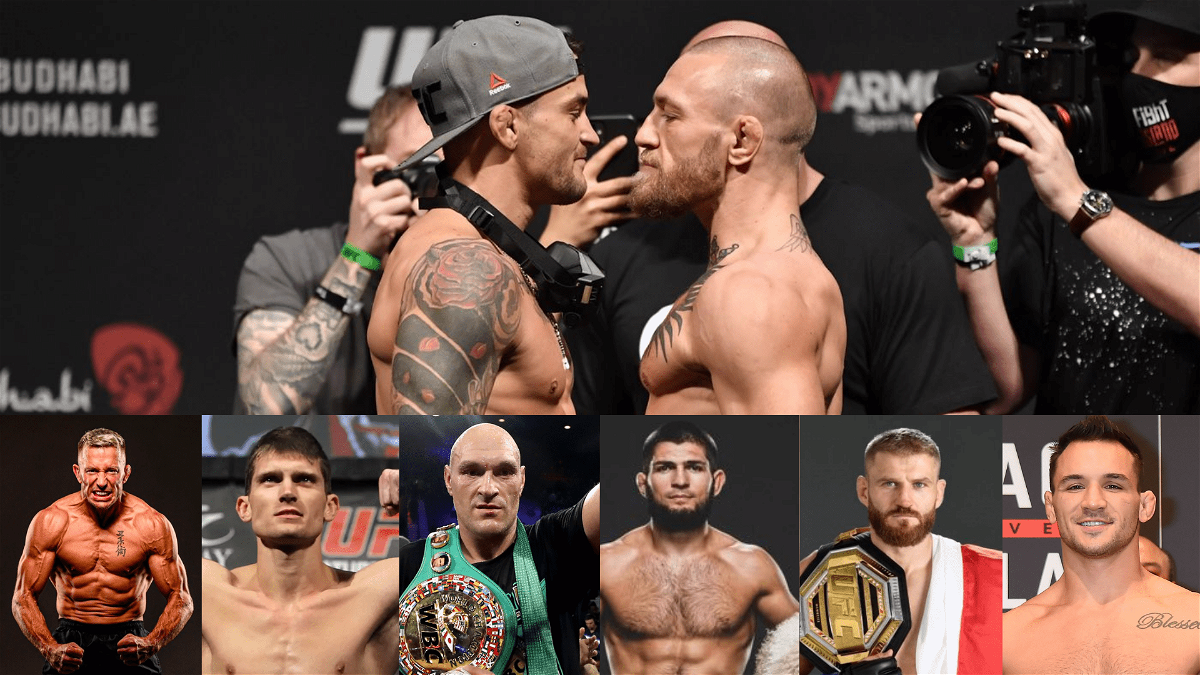 We are just a few nights away from the Dustin Poirier vs Conor McGregor trilogy. Being the most anticipated fight of the year, every eye around the MMA world is on this fight.

In the meantime, fight legends are picking up their favorites going into the fight. Dustin recently gave Conor his first MMA knockout loss when he finished the former dual champion in the second round to send a statement to the entire lightweight division. However, many fighters believe that Conor might win the trilogy bout. Let’s have a look at your favorite fighter’s pick for the trilogy bout.

When the chaos had to take a name, he stood by his last prediction. The former interim welterweight champion believes that the Diamond will repeat the feat at UFC 264 and once again hand McGregor a loss inside the UFC Octagon. Here’s what he had to say.

” Conor is a cash cow… he is not motivated, you can see it… I think we are gonna get the same outcome. Dustin is gonna get it ”

Reaper said that if the fight goes long he would pick Dustin over Conor. Though he knows Conor’s punch can take anyone down. He believes if he were to bet, he would go for Dustin. Be that as it may, he remained skeptical and believes that McGregor can definitely finish Dustin Poirier at UFC 264.

“Poirier can outlast, the longer the fight goes, the more he is in favor of winning… if I was a betting man I would lean towards him.”

Current WBC and The Ring heavyweight champion Tyson Fury thinks Conor will win this fight. In an interview with Michael Bisping for BT sports, he commented that “It’s Conor McGregor’s final roll on the dice if he loses this one its curtains . I think he wins this fight, I think he wins in style to be fair“.

The former lightweight title challenger Michael Chandler considers that if Conor can make some adjustments he can swing the fight in his direction. The former two-time Bellator lightweight champion is certain to face Conor McGregor at some point and believes in his ability to bounce back after the TKO loss to Poirier back at UFC 257.

“I believe that Dustin Poirier is one of the most skilled and toughest guys in the division…. still, I think Conor has the slight edge because you always gotta give the edge to Conor”

The queen and the current champion of the UFC women’s flyweight division made her prediction for the trilogy bout between Dustin Poirier and Conor McGregor. Shevchenko believes Conor gets the job done in the headliner at UFC 264. However, she admitted that she is a bit biased towards Conor as she considers herself a huge McGregor fan.

“I definitely believe he would make adjustments…it’s like when two fighters of a high level meet each other, it’s very hard to predict the result. But like I said, my sympathies go to Conor McGregor.”

The current light heavyweight champion Jan “John” Blachowicz believes that Conor is not the same fighter anymore. He has turned into a businessman and believes that Poirier will once again get the job done this weekend inside the T-Mobile arena in Las Vegas.

“I think McGregor is a businessman. He is a fighter but has too much business in his head. That’s why Dustin is gonna win the fight”

The Eagle is the only fighter who has defeated both Conor and Dustin, which makes him the right person to predict between the two. Ahead of UFC 264, here’s what the former lightweight champion had to say. 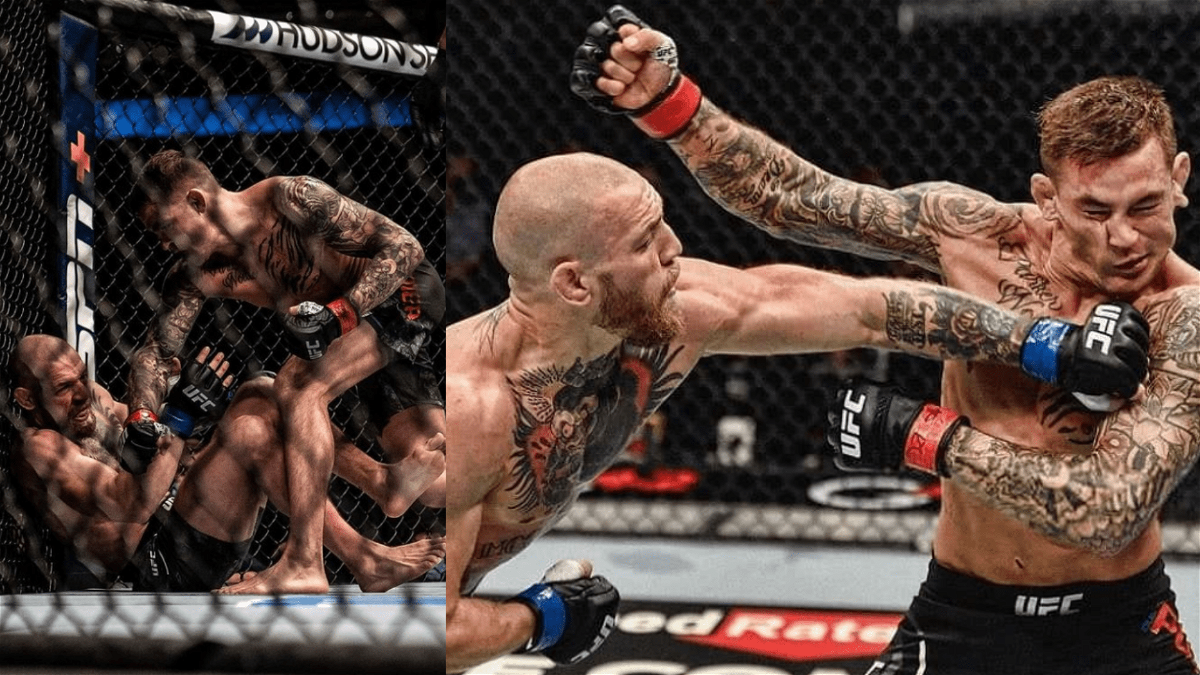 Kamaru is known for his straightforward approach to fighting, and it is obvious that Conor being totally opposite won’t fancy him. When the welterweight champion was asked to pick for the fight he just said one word “Dustin”. It is to be mentioned that earlier the Nigerian Nightmare shockingly chose Donald Cerrone over Conor in his return fight.

Current #2 ranked fighter in UFC welterweight division feels that Conor has better skill than Dustin. So, he believes if he is able to make the right adjustments he will win the bout.

The former welterweight champion firmly believes that Conor McGregor will make the necessary adjustments and come out victorious in the trilogy bout in the headliner of UFC 264.

Now, Wonderboy would be fighting the same night at UFC 264 in the co-main event against Gilbert Burns. When he was asked to predict the main event of the night, Stephen chose Conor McGregor.

“He(Conor) has gotta come back out the same old Conor McGregor we used to see with the same movement… he is gonna bring that karate style back if he is going to go out there and finish. He is a smart guy…If it is about 500 bucks I will say Conor”

Conor has that X factor in him, even in their recent fight Conor was going excellent until Dustin starting landing kicks on his lead leg and managed to heavily compromise the former dual champion. While much credit goes to Poirier, a lot of fighters believe that McGregor’s skill set is better than the former interim lightweight champion and should get the win considering he is able to make the necessary adjustments.

Watch the first fight between Conor McGregor and Dustin Poirier from back at UFC 178 below.

Watch the second fight between Dustin Poirier and Conor McGregor from back at UFC 257 below.

Here’s our prediction for the UFC 264 main-card: