Conor McGregor wants to have his very own belt ahead of the trilogy bout against Dustin Poirier. The Notorious took to Twitter and requested the UFC to make the “McGregor belt.” Additionally, the former dual champion also suggested the design in a sharp reminder to his interview with Nate Diaz back at UFC 196.

I I feel it’s time to break out this baby for the next fight. I ask the UFC to please create The McGregor belt. I suggest rose gold and rubies. Think patek rare. pic.twitter.com/bGSRBhRwAa

In a series of tweets, McGregor called for his own belt ahead of the potential trilogy bout with Dustin Poirier. McGregor is set to take on Poirier in the main event of UFC 264 according to various reports. However, nothing has been made official as yet. 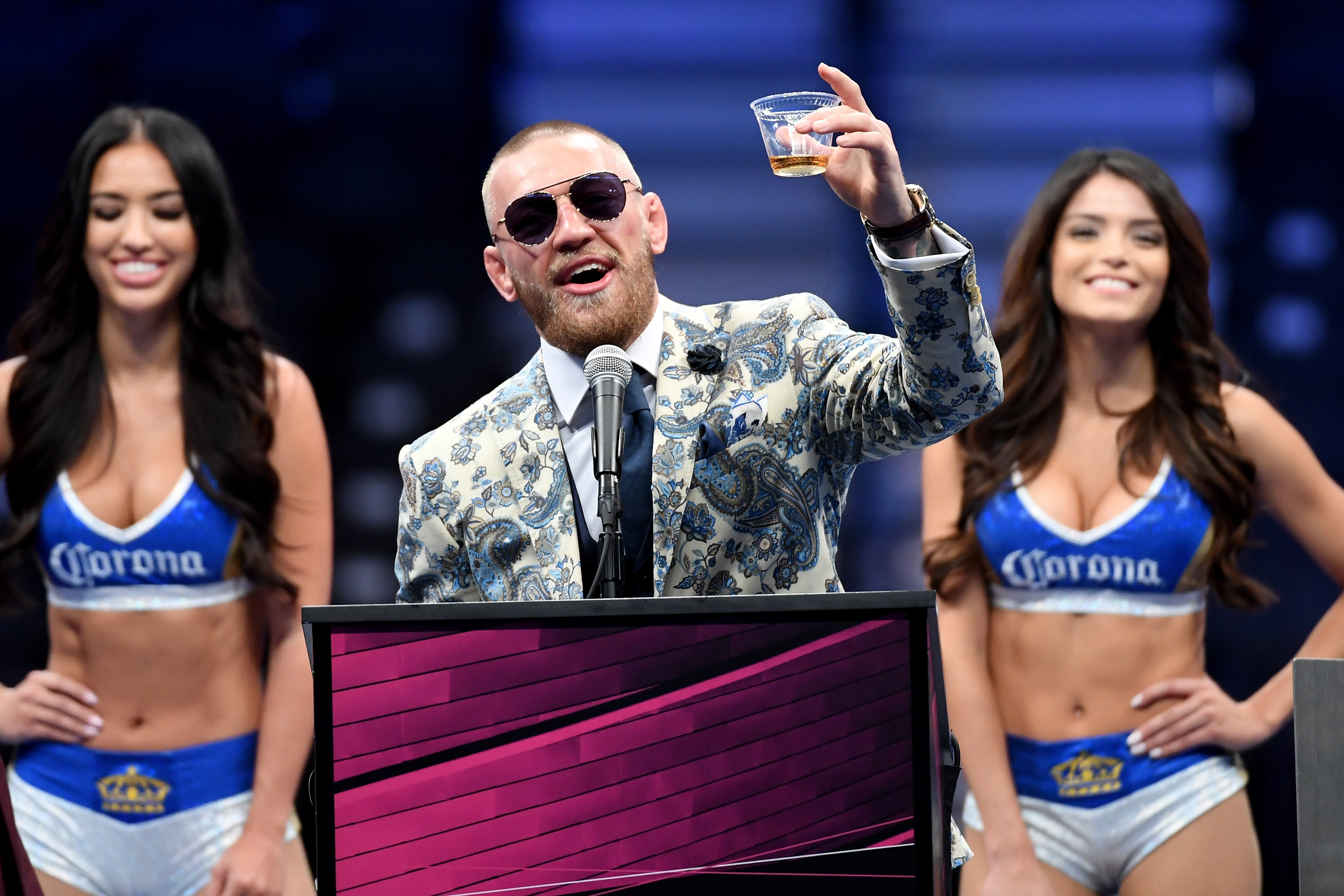 Needless to say, the recent demand from Conor is surprising, and one cannot simply ignore the timing of such a wish. Earlier today, Nate Diaz announced his return to the Octagon in a five-round co-main event at UFC 262. Nate Diaz vs Leon Edwards will be the first fight in UFC’s history to be a non-title co-main event that will be of five rounds.

This not the first “first” by the Stockton Slugger, who also made happen the symbolic “BMF” belt last year when he took on Jorge Masvidal for the symbolic belt in the main event of UFC 244 inside Madison Square Garden in New York.

The Notorious wants his very own Conor McGregor belt

Conor McGregor has a design in his mind, however, he said that he is open to suggestions. Check out McGregor’s tweet. Needless to say, the series of tweets are in reference to Nate Diaz.

Or yellow gold and emeralds possibly. Might be nice also.
I’m open to design suggestions.
Let’s link up @ufc #TheMcGregorBelt

Isn’t that crazy! Who’s the real bad motherfucker anyway ? Went up two weight divisions on a weeks notice to fight him for that fight. No hesitation. Straight onto my jet. In thru the side door. Surprise, surprise https://t.co/ku9NtjAsBT

Nate Diaz has often been called the “BMF.” While he may have lost the championship bout against Masvidal back at UFC 244, Diaz continues to bring something new to the table.

McGregor reacted to a friend claiming that the irony of Diaz getting the first co-main event to go full five-rounds, the former dual champion claimed that he is the real “BMF.” The Notorious reminded fans that he jumped two weight classes to take on the Stockton Slugger back at UFC 196 and rightfully so. 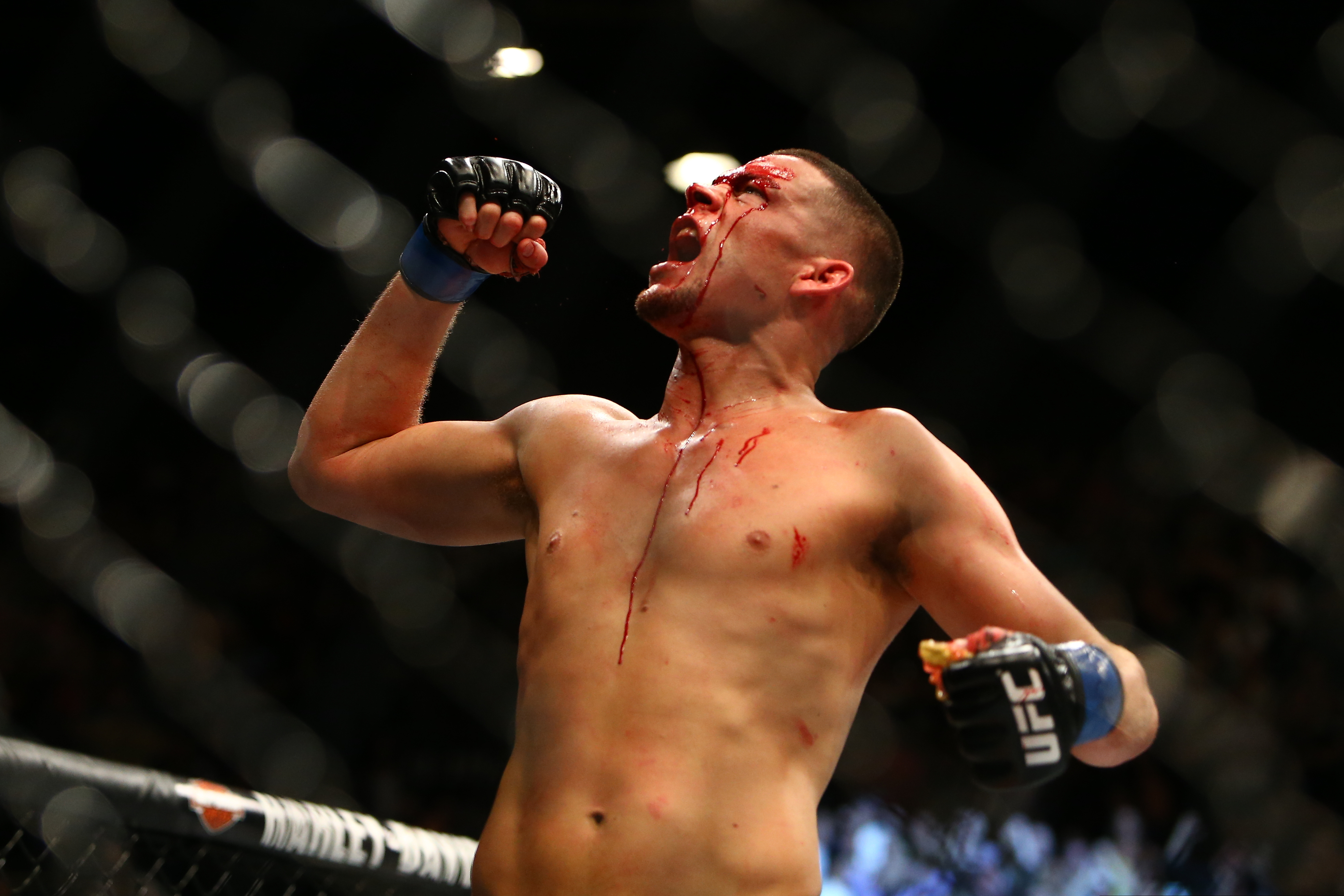 McGregor was scheduled to take on Rafael dos Anjos for the UFC’s lightweight champion back then. However, after dos Anjos pulled out of the bout due to an injury, UFC fell short of opponents to take the fight against McGregor. It was then that Diaz stepped up on two weeks’ notice to take on the Notorious. However, both the fighters decided to take the fight in the welterweight division.

Also Read: Here’s Everything You Need to Know About Usman Nurmagomedov