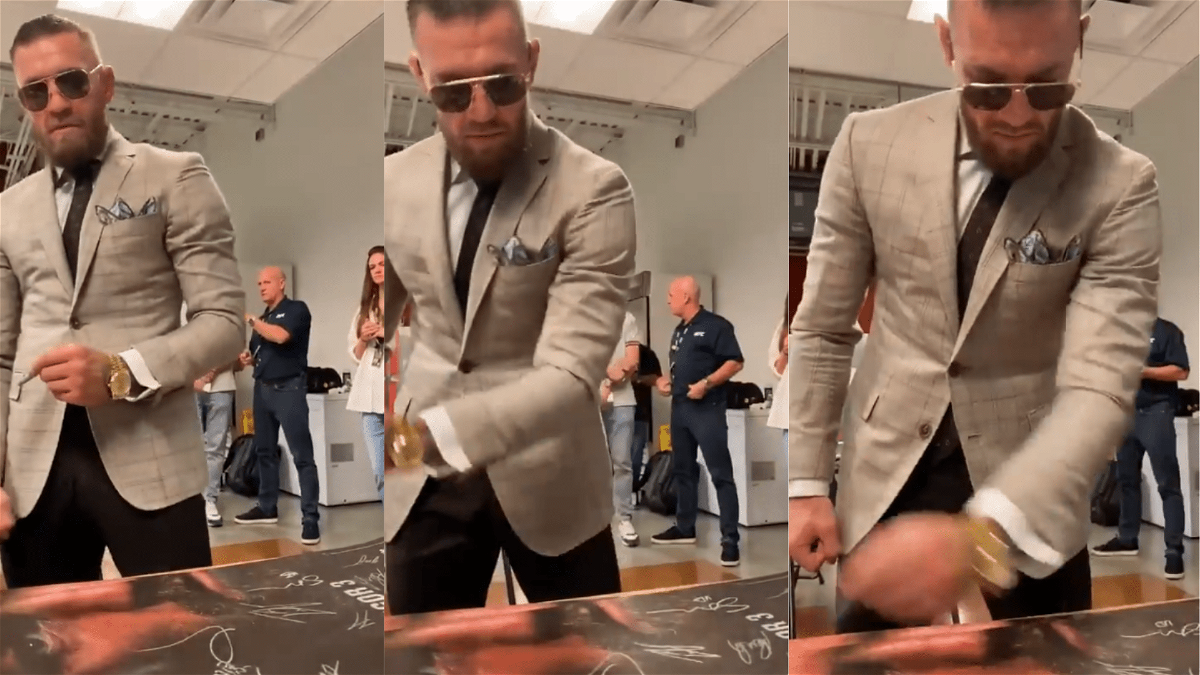 “I don’t give a f***” has been McGregor’s trademark statement and one when spoken out loud in public is bound to remind fight fans of the Notorious Conor McGregor. However, it’s not just a statement that McGregor keeps passing during his interviews and press conferences. It is McGregor’s approach that fans have often noticed that has registered this face that the former dual champion just doesn’t care.

Me agreeing to every ‘terms of service’ paperwork ever without reading.
pic.twitter.com/zUj5cez8Dr

I'm changing my signature to a C as well! ✍️pic.twitter.com/vMQy56sOqK

The last time around when McGregor stepped inside the Octagon back at UFC 257, the former dual champion appeared with his kids with the McGregor family signing the UFC posters. However, that wasn’t the case this time around with McGregor traveling to Las Vegas alone for the upcoming trilogy bout with Dustin Poirier.

Conor McGregor won’t be with his family at UFC 264

Conor McGregor has revealed that he won’t be with his family this time around and wishes to solely focus on the upcoming fight without any distraction from the kids around him. Meanwhile, Dustin Poirier has also adopted the same approach, and Jolie Poirier won’t be in the arena ahead of what promises to be the biggest PPV event of the year.

Conor McGregor has a lot at stake going into the trilogy fight and will look to get back to the winning column with a win over Dustin Poirier. McGregor has remained comparatively quite ahead of the fight, and while the trash-talk is one, the former dual champion has only given one interview ahead of the biggest event of the year.