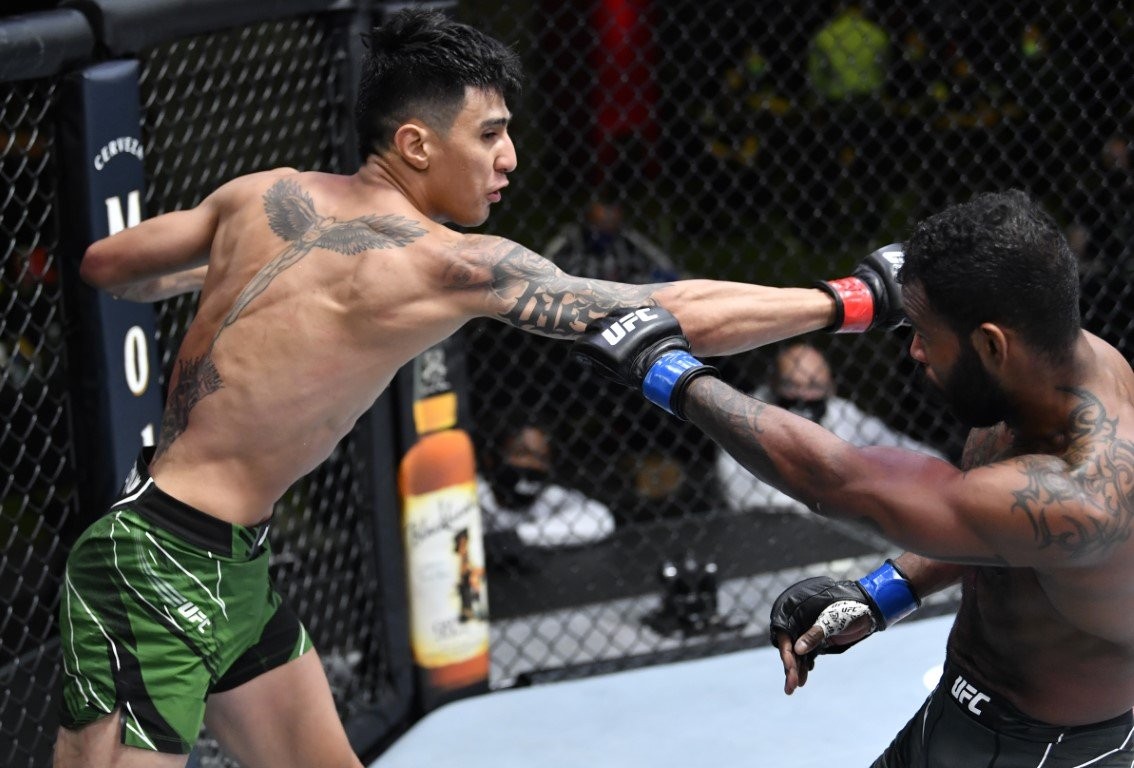 UFC Vegas 23 featured a featherweight bout between Lusi Saldana and Jordan Griffin. It was the UFC debut of Luis Saldana and he was the favorite going into the fight. There was some hype behind Saldana as he was all set to compete at the biggest stage in the world of MMA.

However, he had mixed reactions from the fans following his UFC debut at UFC Vegas 23. Saldana looked impressive at certain moments of the fight. But, he also looked terrible in many grappling exchanges. His striking looked sloppy on occasions as well.

Luis Saldana started the fight on a strong note. He was switching stances effortlessly and landing some great leg kicks. However, it surprised most MMA fans when the judges scored the fight in favor of Luis Saldana.

Luis Saldana secures a controversial win on his UFC debut

It won’t be wrong to call this decision a bad robbery as well. Though Saldana had his moments in the fight Jordan Griffin was more active and did more damage. He secured four takedowns out of 7 attempts, came very close to finish Saldana on the ground with submissions on a couple of occasions. And he had a lot of success in striking as well.

Even UFC analyst Dominick Cruz was unhappy with the results as he criticized the judges for not paying attention. The first round was competitive and Saldana might take that round as he landed some big kicks. However, Griffin was putting the pressure and landed some beautiful combos that got Saldana in danger.

The second and third round should have been gone to Griffin as he clearly outworked Saldana on the ground and came very close to finish him. But, thanks to another bad judging, Jordan Griffin secured the 9th loss of his MMA career. He has also now four losses in UFC and it won’t be a surprise if he gets released from the organization in the near future.

On the other hand, Luis Saldana has secured his first win on UFC. He did show a lot of potentials but he still needs to cover a huge gap to compete against the top featherweights in UFC.