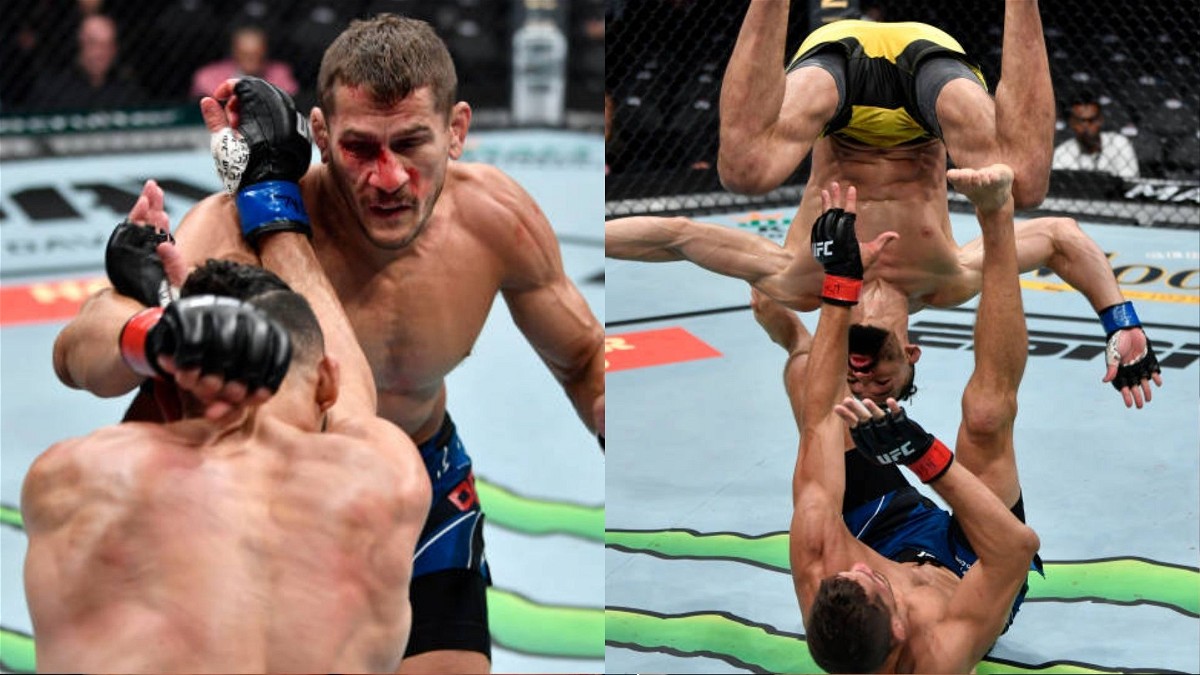 Niko Price looked more composed than he has ever looked in his return to the Octagon. However, Michel Pereira showed immense class and resilience in the face of a very dangerous Niko Price as both the fighters squared off against each other in the preliminary card of UFC 264.

While Price looked like the better fighter going into the first round, it was Michel Pereira’s elusive movement and his incredible speed that proved to be too much for the Hybrid.

Going into the second round, Periera dropped the rising welterweight contender and executed repeated submission attempts to no avail. Niko was able to survive the onslaught and managed to land some damage of his own, ending the second round in a better position.

Complete round by round breakdown of Niko Price vs Michel Periera?

The fight was as advertised, and with Dana White increasing the UFC bonus to $75,000, there was more pressure on fighters to get a highlight reel to finish to add some more money to their paycheck.

The third round started with an exchange near the cage. Needless to say, once again it was Perrira’s cardio that was in question, with Niko Price getting the better of the very elusive Periera.

Man Price crushed the 3rd round but it ain’t gonna be enough. 29-28 Pereria

While a groin kick in the first half of the third round would have certainly helped Pereira to some extent, it was Niko Price’s aggressive approach and his constant pressure that wore down Pereira in the latter half of the fight.

Needless to say, Pereira’s chin survived the onslaught from Niko, who looked in great condition and finished the fight strong.

In what was an exciting fight, with both the fighters throwing everything they had, Michel Pereira got the better of Niko Price after losing the third round. After everything was said and done, Pereira won the fight via unanimous decision.

Niko Price certainly had the cardio edge in the third round. He attempted 110 sig strikes, while Michel Pereira managed only 63 attempts in the round #UFC264

#ufc264 niko price should of won

This is one of the most flawed part of ufc fights. Guys with no cardio winning 2 rounds then getting their shit abused in round 3 still winning the fights. In a 5 round fight no one in their right mind can argue Niko Price doesnt win that fight.

With the win, Michel Pereira is now on a three-fight winning streak and will look to continue the same momentum going forward in his UFC career. The fight was as advertised as it comes, and it won’t be surprising to see UFC president Dana White give the $75,000 bonus to Pereira and Niko Price after UFC 264 wraps up.