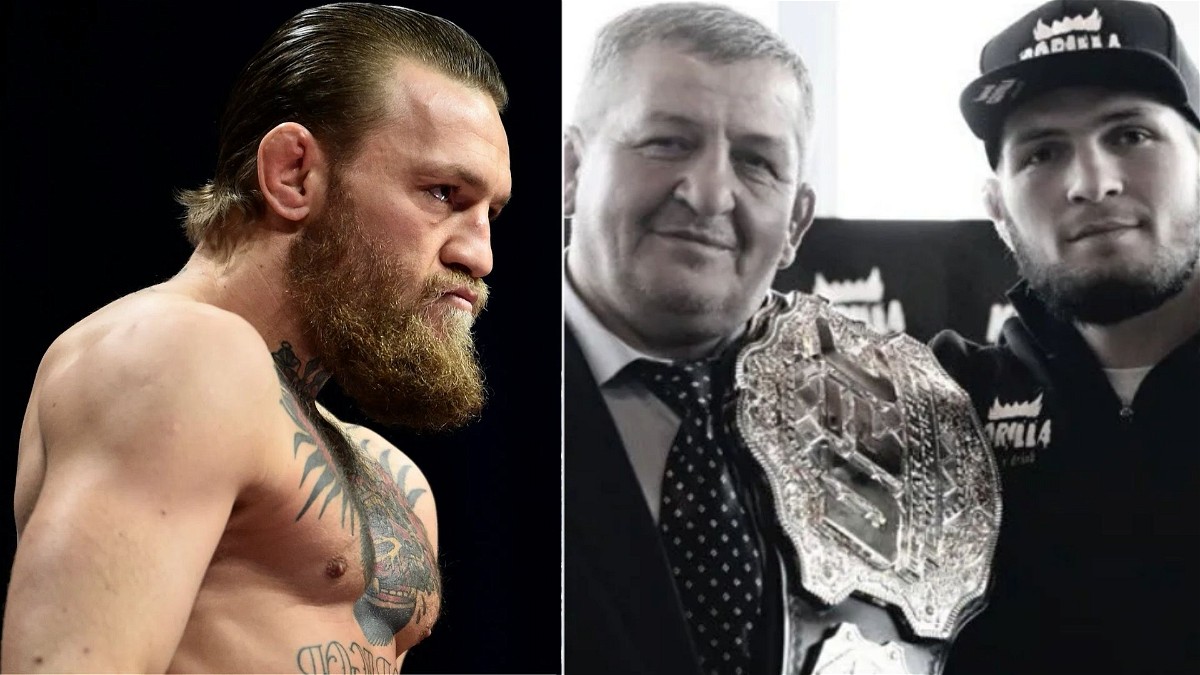 Conor McGregor is leaving no stone unturned to maintain his evil persona. While an argument can be made that McGregor is just trying to promote the sport and himself, even if it means putting himself under the bad light. However, McGregor’s recent tweet, according to fight fans around the world crosses the line on another level.

McGregor took to Twitter and sent out the following tweet, which many fans believe was a jibe at Khabib Nurmagomedov’s post-fight comment after he lost to Dustin Poirier in the trilogy fight.

Covid is good and father is evil?

“Covid is good, father is evil?” McGregor tweeted in evident response to Khabib’s comment after he broke his leg in the closing moments of the first round in the trilogy fight with Dustin Poirier back at UFC 264.

Khabib’s tweet, “good always defeats evil” was not taken well by many fight fans, however, many justified the tweet in light of McGregor’s antics in the lead-up to the fight and his comments on Poirier’s wife.

It’s not the first time that McGregor has found himself in headlines for all the wrong reasons. In the past, he made headlines after showing gun signs to Poirier’s family and passing derogatory comments at Poirier’s wife Jolie Poirier. While that’s no justification, McGregor seems to be doing it a lot in recent while.

In the past, McGregor’s comments on Khabib Nurmagomedov’s family, father, and religion in the lead-up to UFC 229 had garnered him a lot of negative publicity.

Needless to say, McGregor’s recent comment is disturbing and has once again made fans take it out on the former two-weight champion on the social media platform.

This is by far the worst thing he’s ever said. Sad to see him go out like this.

He made an edgy joke about Khabib’s deceased father. It’s messed up, he’s a clown for this.

The Champion I know is no longer there but that does not mean you can’t bring him out. I hope you get your head straight, man up & apologize for this.

This is not trash talk & these are not the words of a Champion.https://t.co/P2pPfsuTwv

Both the fighters have never left a chance at taking a jibe at each other, and despite years into UFC 229, continue to carry what can only be defined as “hate” towards each other.