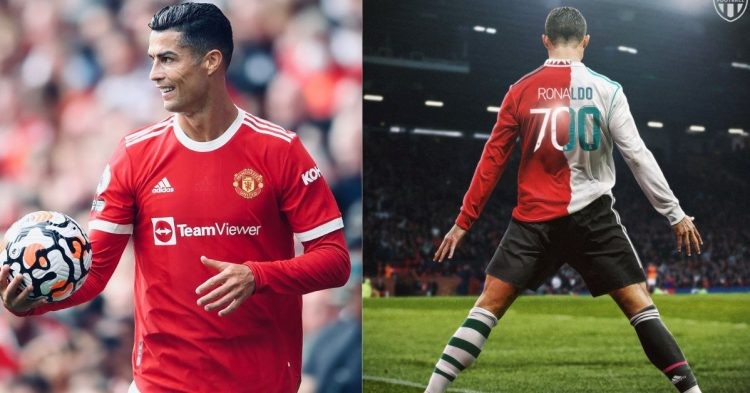 Some people in this world don’t need an introduction. Their records, stats, and personalities speak for themselves. One of them is Cristiano Ronaldo.

The Portuguese striker recently achieved a historic milestone as he scored his 700th career club goal.

The 37-year-old Portuguese forward became the first and only player in current top-flight football to do so by creating history.

The 700th club goal extends his tally over his arch rival, Lionel Messi, with the Argentine forward scoring 691 goals for FC Barcelona and Paris-Saint-Germain.

Not long ago, we saw social media explode with claims such as “Ronaldo is finished” and much more. But the Portuguese remained unfazed and responded to his detractors with yet another compelling statistic from his career.

Ronaldo started his career in 2002. 700 goals means the Portuguese have averaged 35 goals a season. Ronaldo’s 700th club goal came 20 years and 2 days after his first for Sporting Lisbon.

The five-time Ballon d’Or winner scored his first goal on October 7th, 2002, at the age of 17 years. He scored a brace in Sporting Lisbon’s 3-0 win against Moreirense.

He scored his 144th goal for Manchester United in his two spells at the club. Ronaldo has scored 450 goals for Real Madrid, 101 for Juventus, and five for Sporting Lisbon.

Manchester United honours him with a 700th goal jersey.

Manchester United wished Ronaldo well and congratulated him on his 700th goal.

The Red Devils arranged for the Portuguese international to pose with the whole squad in order to celebrate his milestone.

“700 Club goals. What a beautiful number we’ve achieved together! Thank you to all my teammates, coaches, clubs, family, friends, and, of course, my fans.

After reaching a historic landmark on Sunday, Cristiano Ronaldo posed with the entire Manchester United squad.

Is Cristiano Ronaldo the greatest finisher in history? 🇵🇹 pic.twitter.com/LdpmZUSIcO

He holds up a commemorative shirt next to some beautiful golden balloons to celebrate his record 700th goal at club level after winning against Everton.

After this, Manchester United welcome Omonia for the return leg clash in the Europa League. Subsequently followed by a home match against Newcastle United on Sunday in the Premier League.