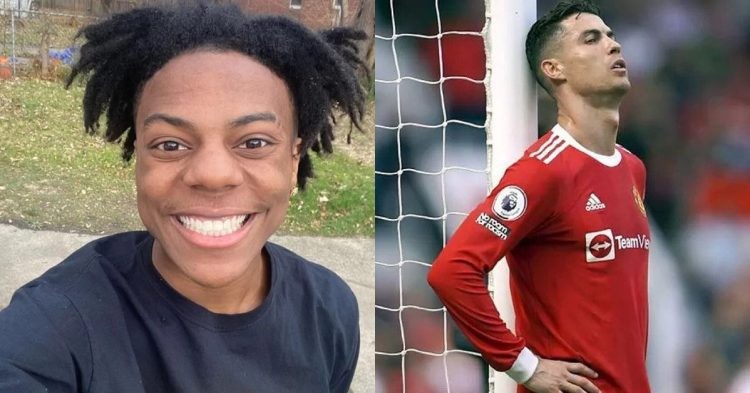 IShowSpeed is an American YouTuber. The teenage sensation has amassed 12.9 million subscribers on YouTube and has 5.3 million followers on Instagram. He is a huge Cristiano Ronaldo fan and was in Manchester last night to watch his hero play.

A video has also surfaced in which Speed is seen getting a tattoo blindfolded. The tattoo artist had to make a tattoo on Speed’s wrist, taking suggestions from the live chat. Speed’s live streams have many viewers, with this video ending up with 1.3 million views so far.

IShowSpeed was Blindfolded while getting a Lionel Messi Tattoo

A video has surfaced in which Speed is seen getting a tattoo. In the video, the YouTuber is seen blindfolded and the tattoo artist has been told to give Speed a Lionel Messi tattoo based on the chat’s recommendation. As the tattoo was revealed, Speed said, “This real, bro?”. The tattoo artist replied, “They wanted me to put the Messi tattoo.”

The YouTuber then had a meltdown on the video. He pointed out that he was wearing Ronaldo shorts and was not a Messi fan. Speed has been known for his rants and meltdowns on his streams, and this was another entertaining show from the American. “I don’t like Messi,” the YouTuber ended the video in tears and apologized to Portuguese and Ronaldo fans.

Manchester United beat Aston Villa 4-2 in a thrilling Carabao Cup encounter. An end-to-end encounter lead to Manchester United overcoming the team they lost 3-1 to in the Premier League. Unfortunately for many fans, including IShowSpeed, Cristiano Ronaldo was absent from the team due to illness.

Speed had made his way from America to see his idol and Portuguese legend Ronaldo in action. Unfortunately, Ronaldo missed the game due to illness, along with Jadon Sancho and Antony. Anthony Martial started in Ronaldo’s position on Thursday, while Marcus Rashford started on the left wing instead of Sancho. Bruno Fernandes played on the right wing in place of Antony, while Donny van de Beek played in central midfield.