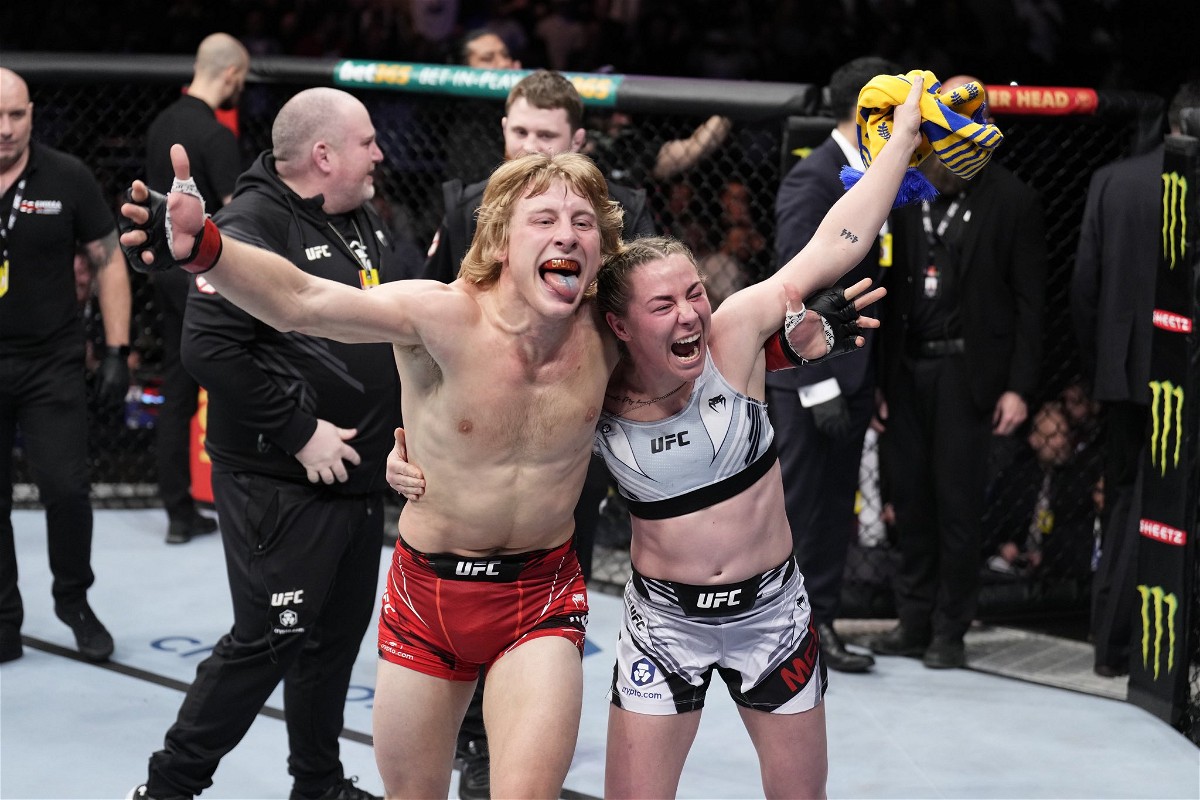 UFC returned to London with a stacked card that featured some of the finest mixed martial artists from the UK including Paddy Pimblett.

Former Cage Warrior champion, Paddy Pimblett made an emphatic UFC debut against Luigi Vendramini at UFC Fight Night 191. Pimblett secured a first-round finish in an exciting matchup and became one of the hottest prospects in UFC.

And his performance at UFC London did nothing but give a boost to his star power. Pimblett took on Rodrigo Vargas in the main card of UFC London in front of a sold-out O2 Arena. After a brilliant performance from a teammate, Molly McCann, Pimblett brought one more win to Next Generation UK with a first-round submission win.

Paddy Pimblett received a massive welcome from the fans during his walkout and he did not disappoint his fans. Though Pimblett found himself in trouble early in the fight as Rodrigo Vargas rocked Pimblett and secured the top position.

For a moment, it seemed like Pimblett’s unbeaten UFC streak was in danger. But, Paddy did what he does best which is fought back and come out victorious. With this win, Pimblett has now two first-round finishes in UFC and his star power is only going to increase after UFC London.

What is next for Paddy Pimblett after UFC London?

The unbeaten German fighter said he was willing to fight Pimblett irrespective of the result at UFC London. And considering both are two of the rising stars in the division UFC might look to book this fight in the near future.

In his post-fight interview, Paddy Pimblett addressed Ilia Topuria’s callout but did not seem too excited for that fight. Instead, he decided to call out Mark Zuckerberg for losing his Instagram account over policy violation twice in the last year.