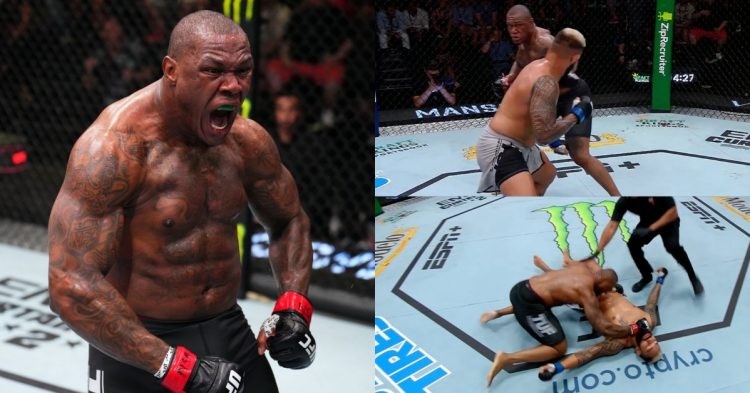 Zac Pauga vs Mohammed Usman went down at UFC Vegas 59. The winner of the fight was set to be crowned the winner of TUF 30 (heavyweight division). While Zac had beaten Nyle Bartling and Jordan Heiderman in the house, Usman defeated Eduardo Perez and Mitchell Sipe to reach the final.

Nicknamed ‘The Ripper’, Zac Pauga is an undefeated fighter out of Colorado. He holds a record of 6-0 in his pro MMA career so far. The former NFL hopeful had two knockouts in his career and has good cardio. Affiliated with Elevation Fight Team, Pauga will be looking to earn the UFC contract and join his teammate Curtis Blaydes in the UFC.

Two finalists enter, only one will leave with the #TUF30 HW trophy 🏆@UMohammed97 vs @ZacPauga starts NOW!

As UFC fans may know, Mohammed is the younger brother of the current welterweight fighter Kamaru Usman. Much like his brother, Mohammed also has great wrestling. With the surname Usman, the expectation was high for The Motor to make a statement in the finale of The Ultimate Fighter season 30. With so much at stake, who got the win? Let’s find out.

Although Zac was thought to be the better striker, Usman seemed to land the better counterstrikes initially. Usman also displayed a great chin as he ate a massive head kick from Zac and proceeded to take him down. Although nothing much came from it, it certainly put Pauga on notice. Despite landing some good jabs, Usman tried to land a few big overhand rights.

These two are ready to keep going between rounds 😤 #UFCVegas59 pic.twitter.com/JS9PM8sJ96

But Zac swiftly moved out of the way and ended round 1 with some heavy leg kicks. However, Usman’s slick striking finally paid off in the second round. As Zac overextended to land a jab, Mohammed landed a well-timed left hook that flatlined Zac Pauga. Although Usman followed up with some hammer fists, it was evident that Zac was not going to recover.

With this win, he became the winner of a TUF season just like his older brother Kamaru Usman. Kamaru won the 21st edition of TUF, and now Mohammed is the winner of TUF 30. If his brother’s journey is any indication, the 33-year-old is going to be a problem for the heavyweight division.

He dedicated the win to his late son Nash. “This is for Nash, thank you for being with me. We did it, Daddy did it. Let’s go.”

Muhammad previously named Nash as the main motivation behind his MMA career. Hence, it was a lovely tribute from him to his son after the win.