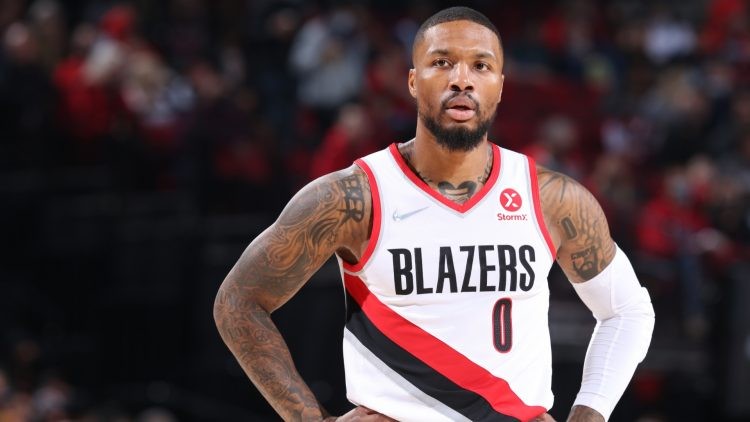 Damian Lillard is a point guard for the Portland Trail Blazers. Ever since Lillard entered the league, he has proven to be one of the scariest point guards to play against. He won Rookie of the year in 2012 and also broke the all-time NBA rookie record for 3-pointers made in a season. Lillard has been the driving force for the Trail Blazers and the team heavily relies on him. Dame finished his 2021 NBA season with 34.3 points, 4.3 rebounds and 10.2 assists per game.

Damian Lillard Gets Snubbed Before the 2019 World Cup Team Selection

The 2014 FIBA Basketball World Cup took place between the 30th of August-24th of September in Spain. Team USA emerged as Champions with Serbia as the runners-up. Damian Lillard trained hard and hoped to get a call up for the 2014 FIBA World Cup. Lillard was sure that he would finally get the chance to play for the USA.

However, Dame got snubbed and did not get the opportunity to play in the World Cup. This led to Dame being extremely disappointed with the selectors of the team and it seemed like he was done with trying to add a national career to his resume. He also took to Instagram to speak his mind. The caption read,

This is team USA letting me go. My head up, spirits up, and I’m going back to work. #TeamAdidas #JustGetBetter #WoodOnTheFire 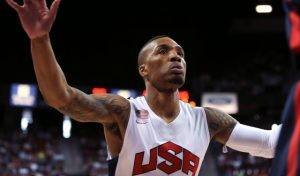 Lillard Finally Gets The Chance To Represent USA

Team USA is set to begin training for the Tokyo Olympics on the 6th of July in Las Vegas. The 12-man roster is filled with superstars. From Kevin Durant to Jayson Tatum and Bradley Beal, Team USA has everything they need to bring home yet another Olympic gold.

Damian Lillard finally got his national call-up. Dame is set to make his Olympic debut in Tokyo this year.  Lillard put aside his past scars from the 2014 snub and was one of the first superstars to commit to Team USA. Brian Windhorst cleared also spoke about how Dame looked past what had happened and put his team’s need first.

Sometimes it’s about mending relationships. One of the first players to commit was Portland Trail Blazers guard Damian Lillard, who let go of old scar tissue. Lillard is still bitter about what happened in 2014.  Lillard felt he had secured a spot on the roster that year after talking to then-head coach Mie Krzyzewski, but the team pivoted and kept an extra center. The Blazers’ star said all the right things publicly, but the decision burned him for years. It played a part when he backed out of competing for the 2016 Olympic team, though he was also dealing with plantar fasciitis at the time.

Damian Lillard has shown maturity in his attitude and game through the years. This just proves the same. Dame is expected to join the team for training in Vegas on the 5th of July.