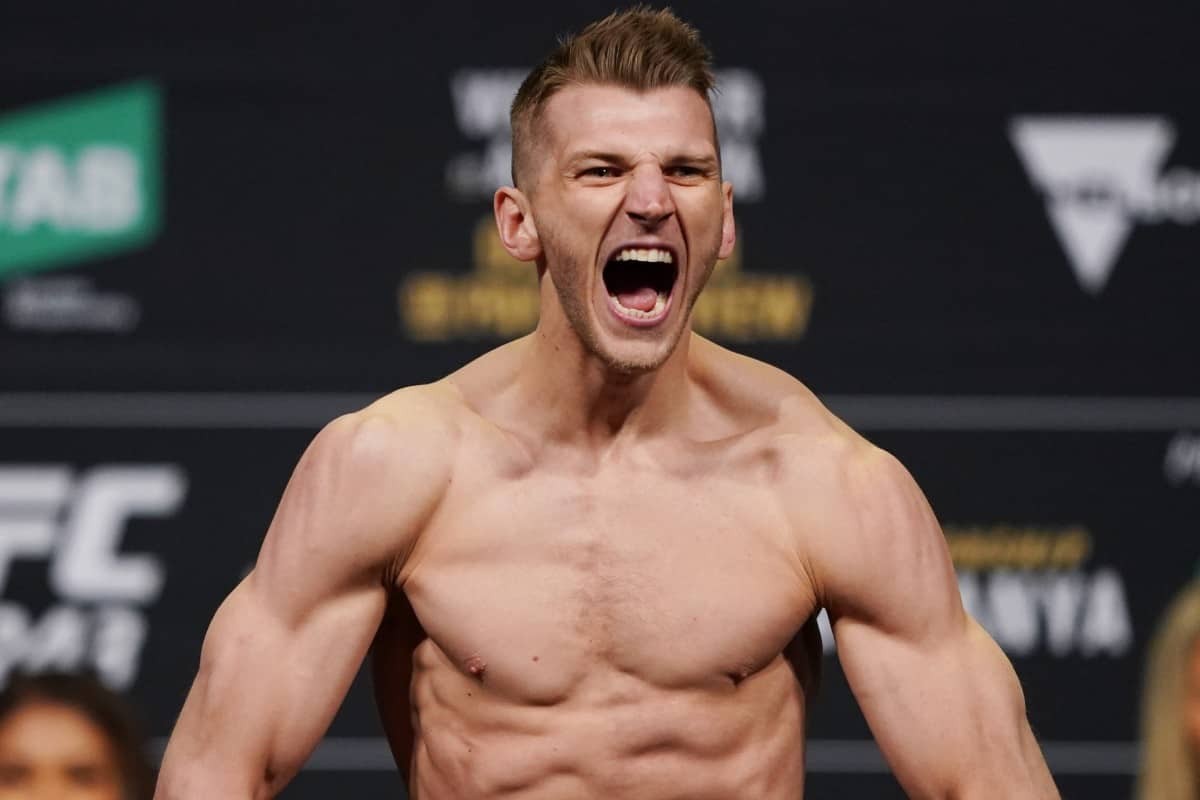 This weekend, Dan Hooker will be returning to the featherweight division and will be facing Arnold Allen at UFC London. The featherweight duo is set to collide in the co-main event of UFC Fight Night: London at the O2 Arena.

Dan Hooker has sealed his place as one of the versatile fighters in the MMA history. Hooker is known to be one of the most aggressive fighters in the UFC. Hooker’s strikes are one of the best in the game and have always aided him to be at the top of the list. He is a knockout specialist and 10 of his 21 wins have come in this manner.

‘The Hangman’ has fought in the UFC for a total 18 times and has been in the spotlight on many occasions throughout his UFC career. The Kiwi fighter has defeated several elite athletes such as Paul Felder, Al Iaquinta, Gilbert Burns, Jim Miller and many more.

After competing in multiple organizations, Dan Hooker made his UFC debut against Ian Entwistle at UFC Fight Night 43 in 2014. Hooker won the fight via a technical knockout. ‘The Hangman’ received a fight purse of $16,000 for his UFC debut bout.

Hooker made his pay-per-view debut at the UFC 192, where he had locked heads with Yair Rodríguez. The fight went the full distance with Hooker ended up being on the losing side. He secured a fight purse of $22,500 from the bout.

Later, ‘The Hangman’ secured an impressive submission victory over Marc Diakiese at UFC 219 and took home a purse of $53,000. In his next two bouts, the Kiwi fighter finished the likes of Jim Miller and Gilbert Burns and earned a fight purse of $59,000 and $65,000 respectively.

Biggest payday of ‘The Hangman’

From 2019, Hooker went on a three fight winning streak beating mainstream fighters like James Vick, Al Iaquinta and Paul Felder. Hooker earned a total of $610,000 from his three fights. Then in June 2020, Hooker went on to face Dustin Poirier at UFC Vegas 4. The duo put on a Fight of the Night performance with Hooker ended up getting a whopping $170,000.

‘The Hangman’ went to face Michael Chandler next at UFC 257 in Abu Dhabi. Unfortunately Hooker lost the bout but went home with a fight purse of $125,000. Hooker had earned his biggest paycheck when he defeated Nasrat Haqparast at UFC 266. The Kiwi took home a whopping $236,000 from the bout.

Hooker last fought against the Russian fighter Islam Makhachev and unfortunately ended up getting submitted by Makhachev. He earned a cheque of $166,000 from the bout. As per reports, Hooker has earned a total of $1,856,000 from his fight purses in UFC.