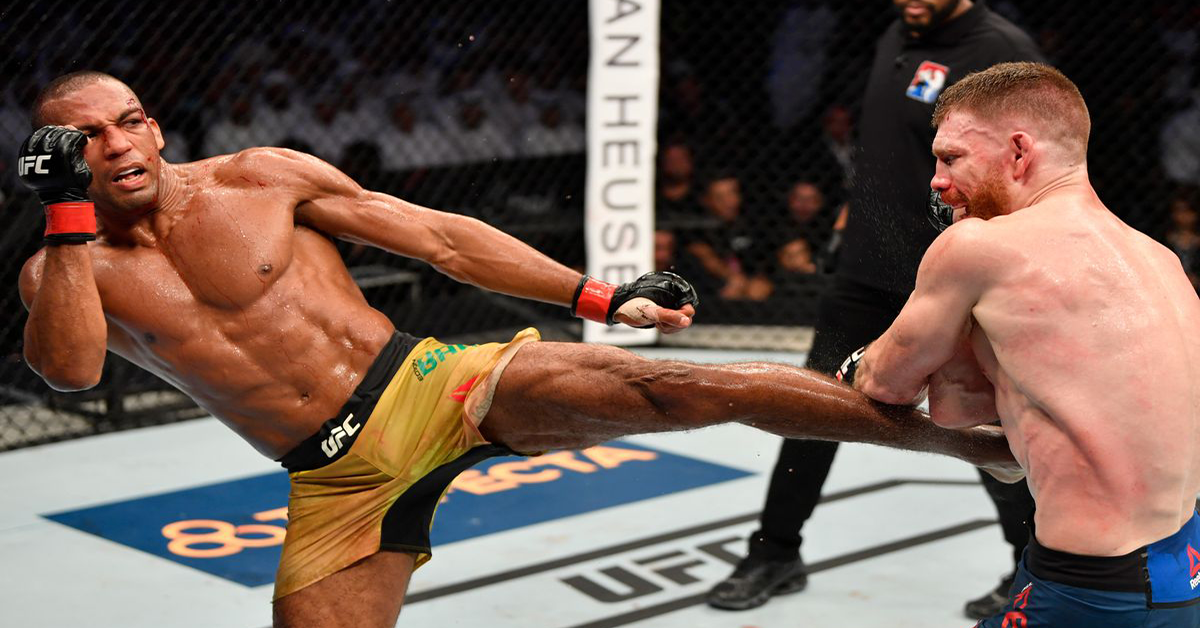 Dan Ige and Edson Barboza went on a war at UFC Fight Night: Florida. Ige, who entered the fight as the favorite, picked up an impressive split decision victory over Edson Barboza. While Barboza looked in control for the better part of the first two rounds, Ige changed the fate of the fight in the last round.

Barboza started quick, and had the first round to his name. However, Ige started turning the fight in his favour with the second round, and picked up impressively in the third round with relentless pressure, and a crucial take-down to his name in the last minutes of the final round. Ige was relentless, and looked highly efficient against someone as talented, and experienced as Edson Barboza. Ige managed to dictate the pace of the fight, and held his chin despite some serious attack from Barboza.

Soon after the fight, Ige called out the top contenders in the featherweight division. With this win, Dan Ige has certainly put his name among the top 10 fighters, and will look to extend his winning streak going forward. However, it did not go the way Barboza might have planned it. After a crushing defeat against Justin Gaethje, Barboza decided to go down the weight division, but failed to get his hand raised in his featherweight debut.

What’s next for Dan Ige?