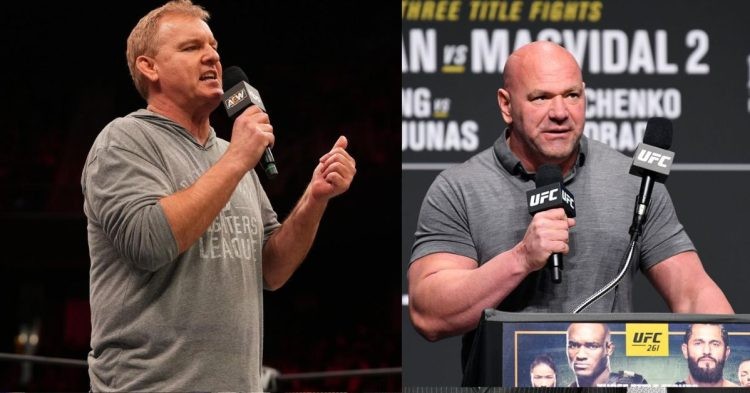 American Top Team commonly known as ATT is home to some of the best fighters in the world. Now, in a recent interview with Chris Van Vliet, the owner of ATT, Dan Lambert has revealed some details of him trying to buy the UFC back in 2001.

In the early 2000’s UFC was going through a tough time, the original group that owned the organization had lost the pay-per-view rights, hence the UFC was hanging by a thin thread. That’s when Lambert decided to buy 51% stake in the company for 500k and also deposited an amount of 200k upfront. In the interview, Lambert said

“I was going to buy 51% of the company from them for 500 Grand, I had to put 200 immediately as a down payment so they could fund the next show. I was going to put a million bucks in escrow to carry the company for a year and a half. The deal didn’t go through and a week, they just went silent and stopped sending my stuff, stopped communicating and ghosted me. As it turns out because they got a better offer from the ‘Zuffa’ guys.”

When the UFC was purchased by the Fertitta brothers with frontman Dana White under the company name Zuffa LLC, the fortunes of the sport completely changed. Even Dan Lambert is glad that the deal didn’t work out. Lambert says if he would have bought the promotion it wouldn’t be anywhere close to what it’s now.

Who are the Owners of the UFC now?

As of now the UFC is owned by the Endeavour group which bought the ownership in 2021. The Fertitta brothers, WME-IMG, and Endeavour have made a massive impact on the organization but it’s hard to imagine the UFC without Dana White.

In 2020, when all sporting events were shut, UFC still managed to put on events consistently without missing a single pay-per-view.

UFC’s growth doesn’t seem to be stopping anytime soon, White has himself expressed his willingness to make MMA the biggest sport in the world and it seems like that day isn’t too far away.