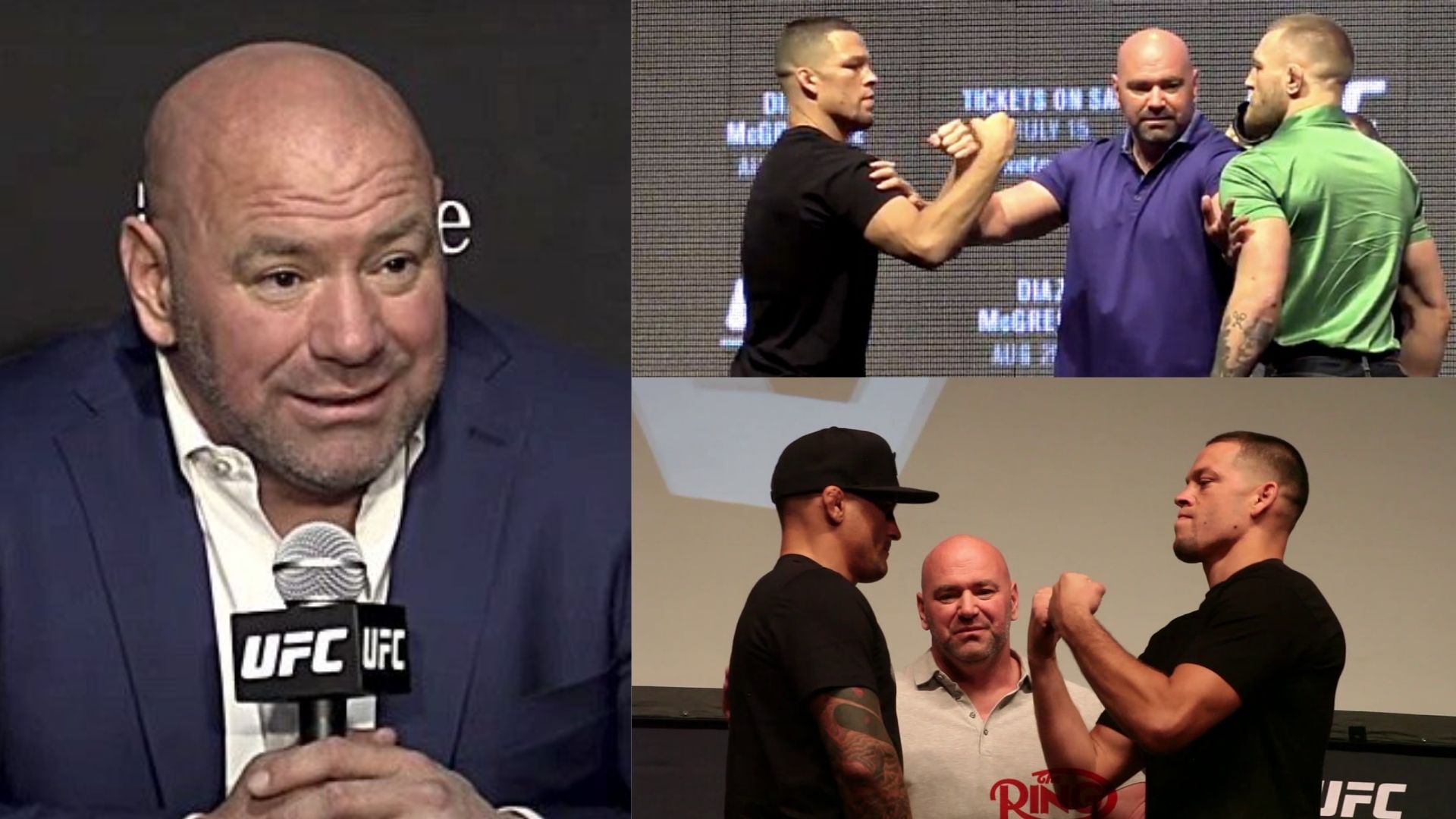 While Dana White has expressed his interest in a potential fight between Dustin Poirier and Nate Diaz, it looks like he might be leaning towards Conor McGregor vs Nate Diaz for 2022 instead. In conversation with Aaron Bronstetr of TSN, UFC President Dana White decided to bet on a potential Cono vs Nate 3 over an easy favorite Poirier vs Diaz.

Nate Diaz vs Dustin Poirier has been the talk of the town lately, with both the fighters trading bards at each other on social media. Dana White reacted to the same in another interview, where he revealed that the UFC PPVs are booked till May. He also pondered on the idea of Conor McGregor making his return in the summer. It can be said that UFC is looking at fulfilling fans’

hope of a McGregor vs Diaz trilogy fight considering they have not been able to renegotiate with the UFC and he will be fighting his last on the contract next.

A lot of things could change if UFC is able to bring these two together for the third time inside the Octagon. However, it remains unlikely that will be the case. McGregor has expressed his desire to compete against Charles Oliveira next, with the lightweight champion also confirming his interest to fight in Brazil against the Notorious. McGregor is already promoting the fight as McGregor vs Brazil 2. In the process, reminding fans of his vicious KO victory Jose Aldo in the then featherweight champion’s hometown of Brazil.

Meanwhile, Nate Diaz has been rallying for a fight against Dustin Poirier for quite some time now, so it looks unlikely that he will fight Conor McGregor in the trilogy fight. It may not be wrong to say that it makes a lot of sense. Both Conor McGregor and Nate Diaz are on a two-fight losing streak.

On the other hand, it goes without saying that Conor McGregor s the biggest name in the history of the UFC, and along with arguably the next most popular name in the UFC in the form of Nate Daz, it’s safe to say the fight is going to sell a lot more PPV’s than Diaz vs Poirier 3.