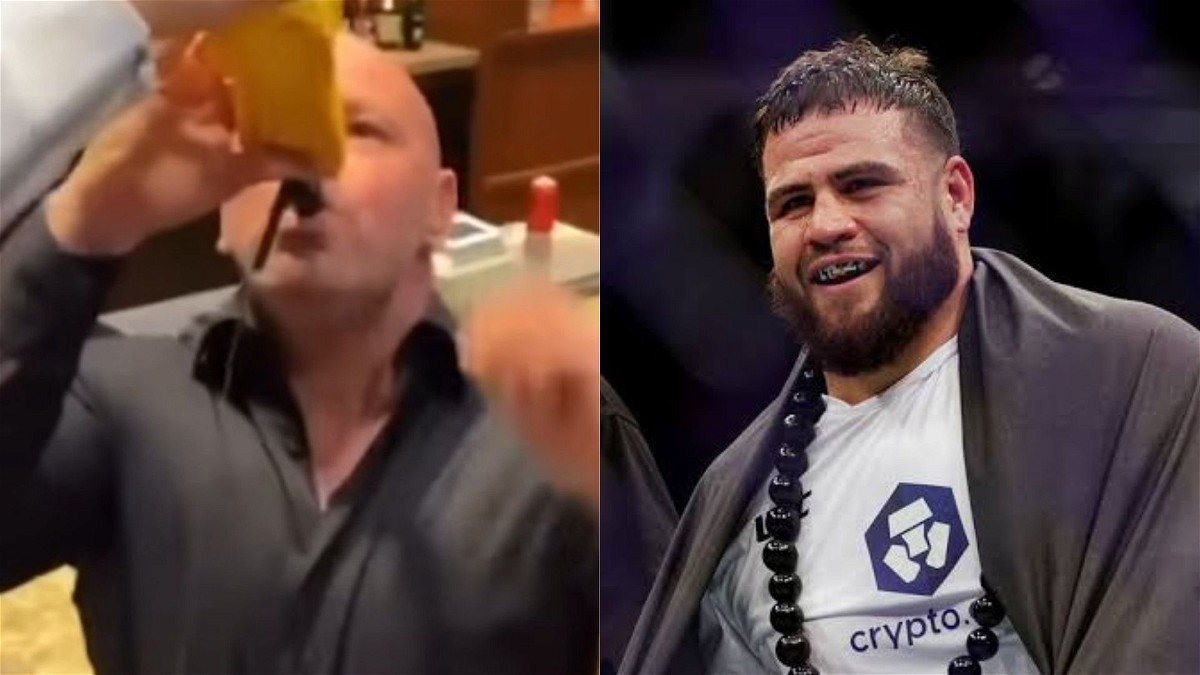 Tai Tuivasa displayed a brilliant performance yesterday as he defeated former title contender Derrick Lewis via KO/TKO in the co-main event of UFC 271. The Australian heavyweight absorbed heavy bombs from Lewis in the first round and showed remarkable heart to stay in the fight.

Thereafter he made a huge comeback in the second round after the two traded big shots and in this exchange Tuivasa landed a big elbow to drop the Houston native to record his seventh KO/TKO win in the UFC.

This was Bam Bam’s fifth consecutive win in the heavyweight division and the Australian celebrated this big victory by doing his trademark shoey celebration with his fans. Interestingly, Tuivasa also made the UFC President Dana White do the shoey following his KO/TKO victory over Derrick Lewis.

Initially, when Tai Tuivasa gifted Dana the shoe in the press conference ahead of UFC 271, the UFC President was a bit hesitant with the idea of drinking a beer out of the shoey. However, Tuivasa managed to convince Dana White after his victory in the backstage to do the shoey.

In the post fight press conference, an interviewer asked Tai how much talking did it take for Dana to do the shoey. “He was fun, he downed the whole thing too. Did well,” said Tuivasa.

What’s next for Tai Tuivasa following his big win over Derrick Lewis at UFC 271?

Bam Bam’s vicious KO/TKO victory over third ranked heavyweight contender Derrick Lewis at UFC 271 would most likely help him jump from the eleventh spot to the top five of the heavyweight division. So the important question would be what is next for Tai Tuivasa? 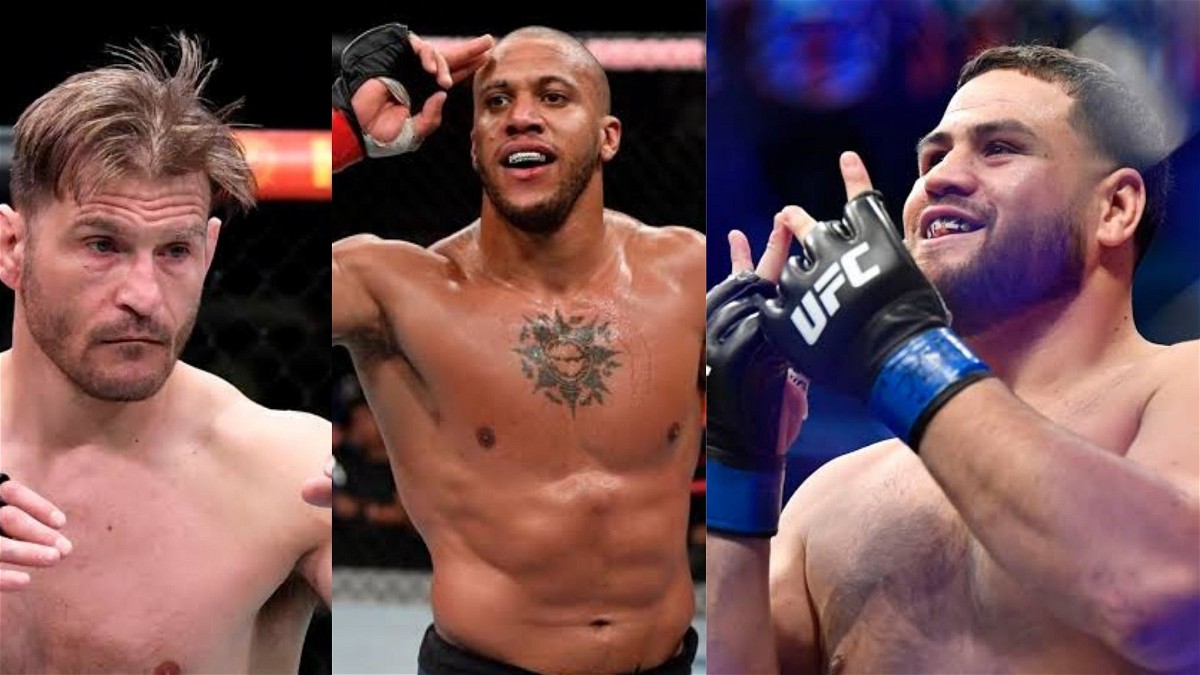 The Australian heavyweight has not called out anyone in particular in his post-fight octagon interview with Daniel Cormier. However, a fifth straight win and that too against a seasoned veteran like Derrick Lewis means that the UFC are not left with many options.

Ciryl Gane and Stipe Miocic would be the best opponents as these two heavyweights are at the top of the division and are higher ranked than The Black Beast. Although Micoic could end up facing Jon Jones after the latter showed his interest to fight him in his debut fight.

Therefore a fight against Ciryl Gane would be very perfect in terms of the current title scenario. Owing to the fact that Gane is coming off a big loss against Francis Ngannou and Tuivasa is on a steadfast rise in the division.

Do let us know in the comments section who do you think should Tai Tuivasa’s next opponent be?