In an unfortunate incident at UFC 261, the former UFC middleweight champion, Chris Weidman snapped his leg in half.

Chris Weidman took on Uriah Hall in the main card of UFC 261. It was a rematch between these two UFC middleweights after a long time. The first fight went in the favor of Chris Weidman where he won via a KO. However, the rematch ended in a horrible fashion as Weidman broke his leg in half after Uriah Hall checked his leg kick.

The injury was identical to the injury Anderson Silva suffered in the rematch against Chris Weidman at UFC 168. Chris Weidman checked one of SIlva’s leg kick in round 2 which resulted in a career-changing injury of Anderson Silva. it’s ironic that 8 years after Weidman suffers a similar injury inside the octagon.

In the post-fight press conference, Dana White gave an update on Chris Weidman and said:

“He is stable right now, he will have surgery in the morning”

White also said that he would meet Weidman before he leaves the arena. “It has only happened two times. The irony of that thing is crazy. I am gonna see him before I leave.”

Many fans criticized Dana White for this tweet and showed their support to Weidman. However, it has to be considered that there is a big possibility that Dana White is not tweeting the videos during the live event. But, it’s still unfortunate and disrespectful to the former champion.

UFC 261 was a huge success with some great fights. Anthony Smith secured an impressive victory against Jimmy Crute. Rose Namajunas became the first women fighter to regain her UFC title at UFC 261 with a TKO win over Zhang Weili and we saw a dominating win from Valentina Shevchenko. It’s needless to say that the first UFC event with fans was a huge success. 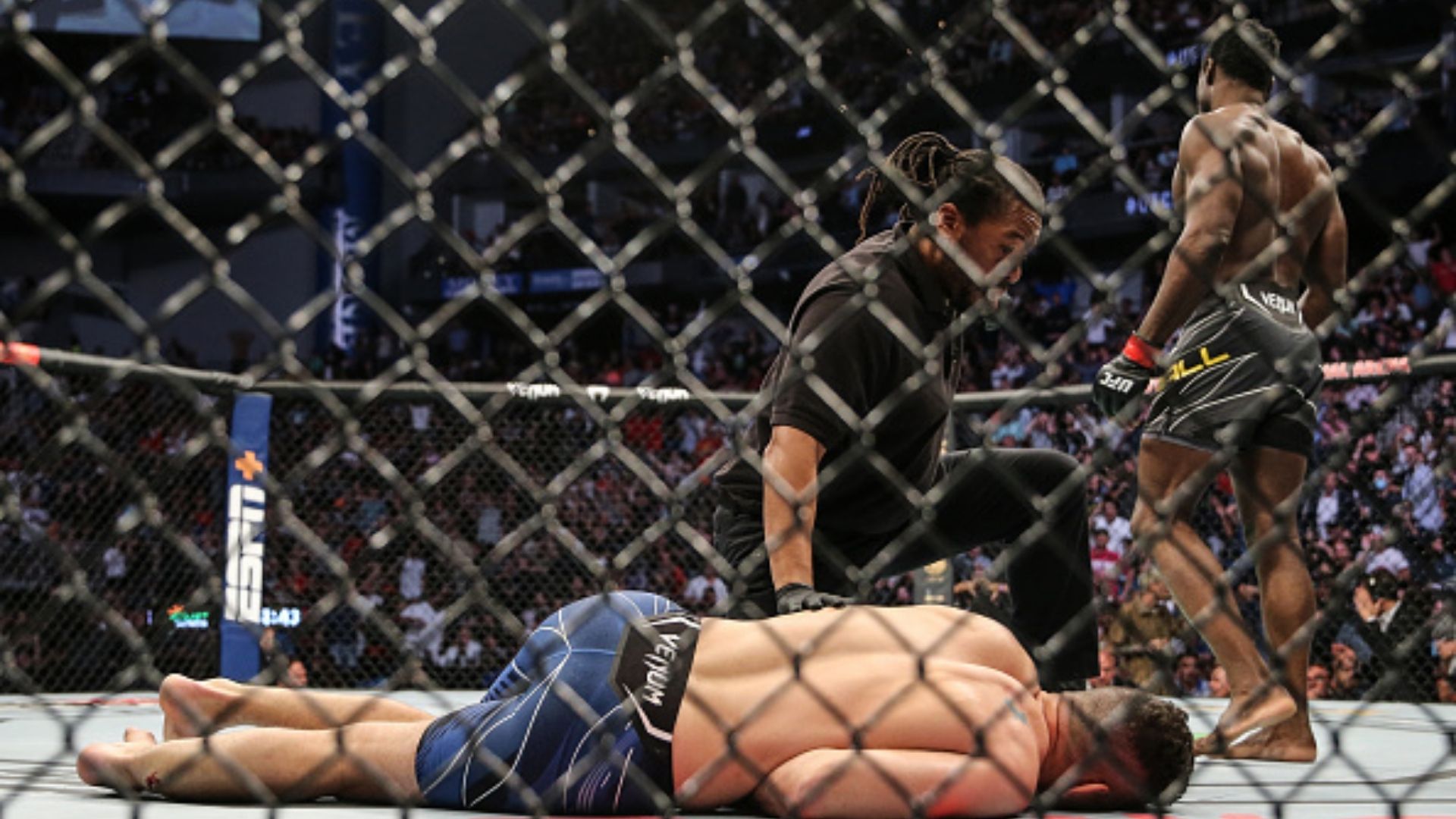 Unfortunately, Chris Weidman’s injury is going to haunt the fans for a long time. And it’s very likely that Weidman is not going to come back after such a horrific injury.