Islam Makhachev who is currently ranked fifth in the lightweight division will take on Dan Hooker this weekend at UFC 267. Consequently, fight fans are highly excited about this contest because everyone is expecting a war between these two contenders.

Speaking about this fight, the Russian fighter is currently on an eight-fight winning streak in the UFC. As a result, a dominant win for Islam against a strong opponent like Hooker would help him get one step closer to a title shot.

As we inch closer to this main card contest, Islam Makhachev sat down with Daniel Cormier and had a chat with him. The Russian fighter discussed various things with DC in this interview. Consequently, during one of the segments of this interview, Khabib Nurmagomedov who will be at Islam’s corner this weekend joined this discussion.

So let us take a look at what the former lightweight champion had to say about Islam Makhachev’s next fight in this interview.

After a few minutes of jokes between Khabib Nurmagomedov and Daniel Cormier, DC raised a question to the former lightweight champion about what kind of advice would he give Islam Makhachev who is on the verge of becoming a future champion?

Khabib advised Islam by saying “This Saturday when he finish Dan Hooker he just have to call out Dana White and his life will change. It’s my opinion.

Later the Eagle also recalled DC about how the UFC didn’t give him a title opportunity while he was dominating the division. “You remember before UFC don’t give me a title shot and I come very close to the cage but then I say Dana, don’t send me your bullshit contract. I need real fights. 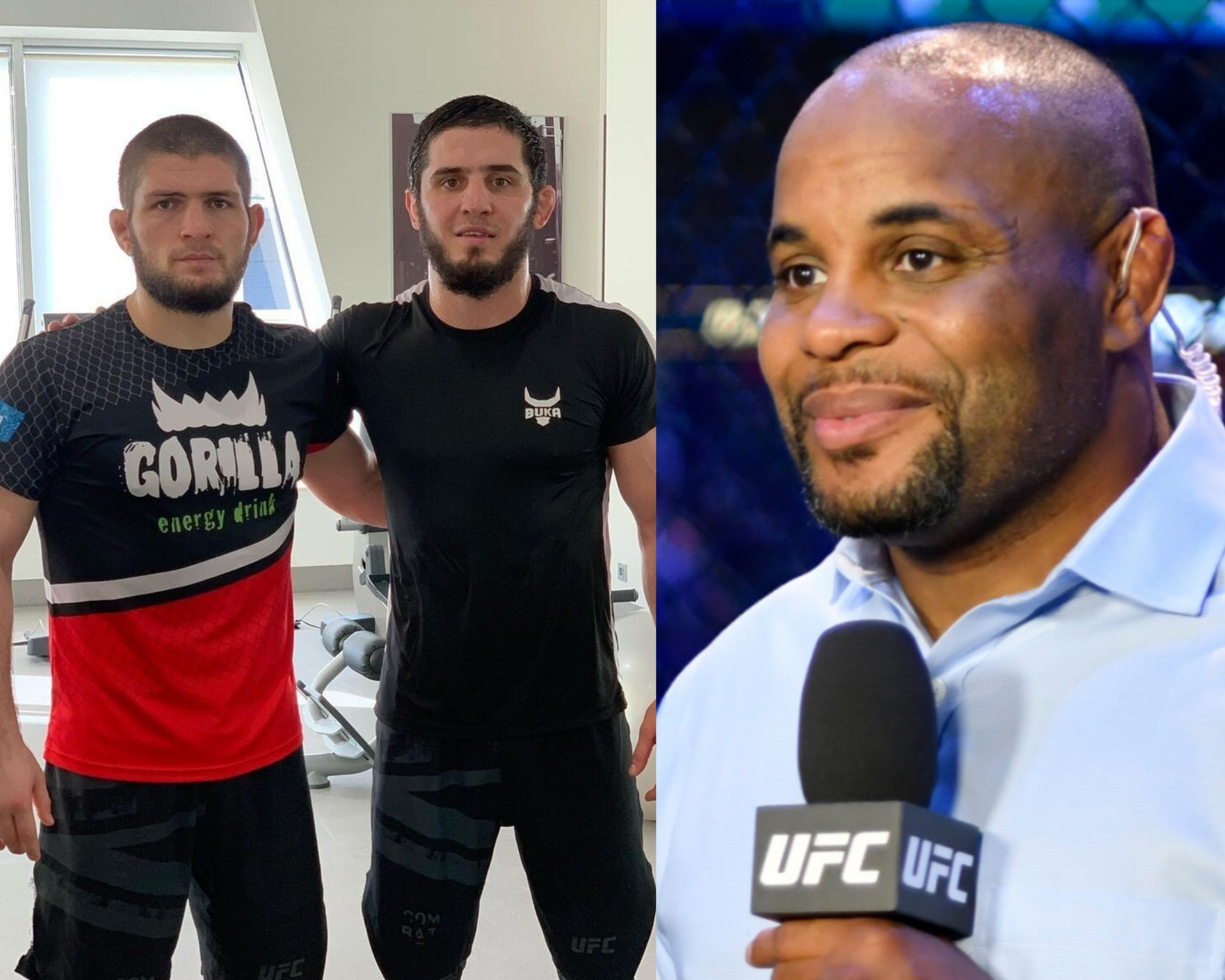 The former champion later went on to describe Islam Makhachev’s dominance since 2015 and also stated that he deserves a title shot.

He’ll have to call Dana because they don’t want to give him a top opponent. Who has nine win streak in UFC, only champion, only Charles Oliveira? What about other guys? Dustin Poirier yesterday lose like one year ago I choke him out here. It’s okay you have to stay online. This guy since 2015 he mauls everyone. Since 2015, right now it’s 2021 next year very soon like seven years unbeaten. He have to explain people.

Moments before the interview got over, the Eagle requested Cormier and the UFC to promote Makhachev. “Please promote him.” So comment below if you agree with Khabib that the UFC is not offering big fights to Islam Makhachev.