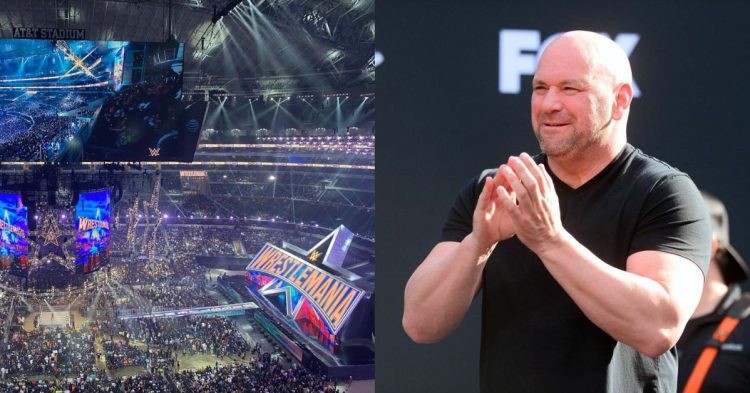 UFC President Dana White has made a huge announcement for the UFC fans, which has created a buzz around the world. As another amazing year for the UFC is coming to an end, Dana White has decided to do something for the fans. Dana White has announced a 12 days giveaway pack for the fans. This will be 12 days package which will include many exciting offers and trips for them to enjoy. White made this announcement through the UFC’s social media platforms and asked the fans to go to the official UFC site to participate in the giveaway.

“what’s up everybody I’m UFC president Dana White and I’m excited to announce that my 12 days of giveaways are back starting December 14th I will be launching the biggest giveaway of the year you can win a vacation to Abu Dhabi fight Island, a trip to WWE WrestleMania, Dave and Busters for a year, a VIP trip to the Luke Combs concert in Nashville and much much more go to ufc.com 12 days to enter to win good luck everybody and happy holidays” (transcription: Youtube)

The giveaway included some of the best trips around the world. The winner of this once-in-a-lifetime giveaway can get a free vacation to Abu Dhabi Fight Island. The winner can also get a chance to witness the biggest WWE PPV of the year, WrestleMania. Or they can also get a one-year free card at Dave and Buster’s. There is also a chance to win a trip to the Luke Combs concert in Nashville. Some other giveaways are also kept a secret.

The only thing that the fans have to do is register for this giveaway at the official UFC site.

UFC will be ending its year soon. They have two events left for this season. The last PPV of the promotion is UFC 282. It will take place on December 10, 2022, at the T-Mobile Arena in Las Vegas, United States. The event will be headlined by the former light-heavyweight champion Jan Blachowicz and top contender Magomed Ankalaev. The duo will fight for the vacant light-heavyweight title. In the co-main event of the card, Paddy Pimblett will face Jared Gordon. Also, the return of Darren Till was scheduled against Dricus du Plessis. Two of the undefeated featherweight will face off against each other as Bryce Mitchell will fight Ilia Topuria.

In the last event of the year, top middleweight contenders will go toe-to-toe against each other as Jared Cannonier will fight Sean Strickland at the UFC Apex facility in Las Vegas on December 17, 2022. This will be the last event of the year and then the UFC will move ahead with another Fight Night at the beginning of the next year and then go to Brazil for the first PPV of 2023.