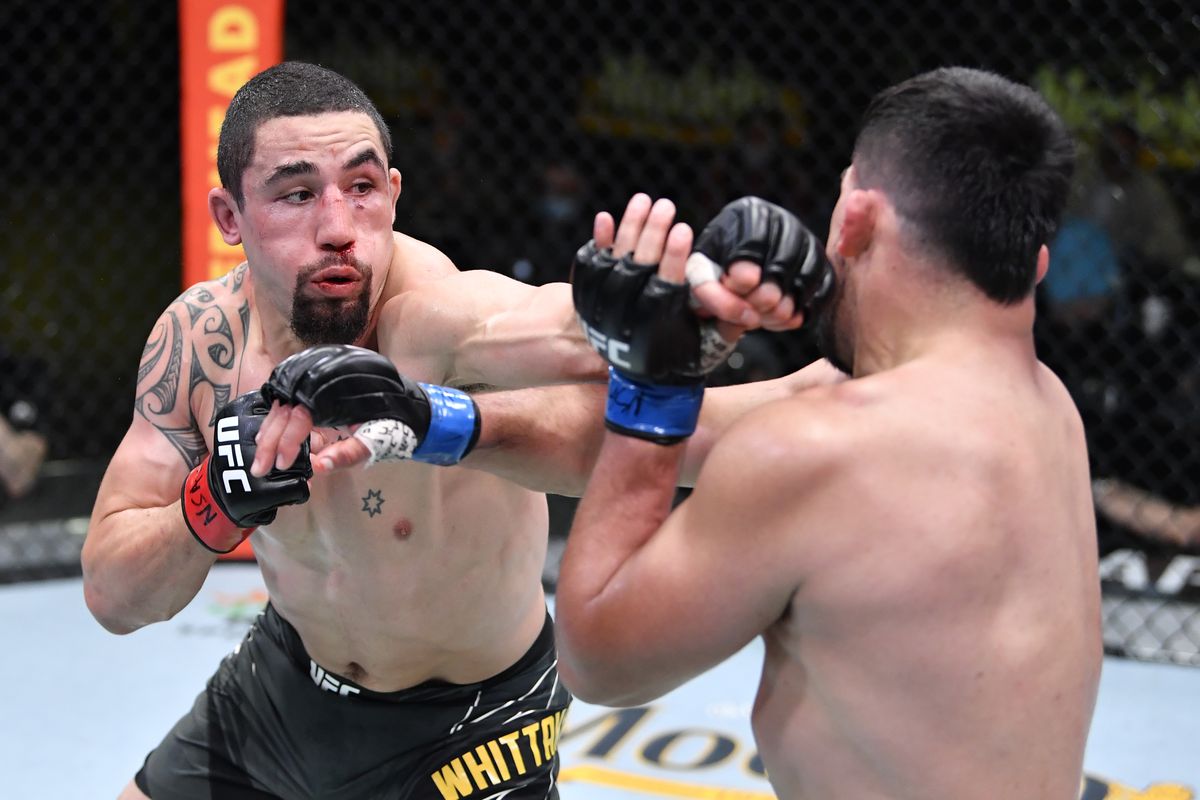 Robert Whittaker dominated Kelvin Gastelum for five rounds. He was just the better fighter in every aspect of the fight game. Whittaker showcased a versatile striking and solid defense. He even took down Kelvin Gastelum, who is a great wrestler, multiple times.

Robert Whittaker did not really do any mistakes in this fight. Though he got caught with some clean strikes from Gastelum, he was able to survive those and land lethal counters.

After a dominating performance against a top contender, Whittaker called out Israel Adesanya for a much-anticipated title rematch. Whittaker should have fought for the middleweight title already. But, Whittaker taking on top contenders such as Darren Till, Jared Cannonier, and Kelvin Gastelum assures the fact that the rematch with Adesanya will be a lot different from the first fight.

And it seems fans won’t have to wait too long to witness Adesanya vs Whittaker 2. During the post-fight press conference for UFC Vegas 24, Kevin Iole detailed a conversation with Dana White after Whittaker vs Gastelum. And as per him, Robert Whittaker vs Adesanya makes the most sense.

Robert Whittaker also agreed with White’s comment and said that he wants the rematch with Israel Adesanya. Though Marvin Vettori is on a 5 fight win streak in the division he needs to get a win against a top 5 opponent before he gets a title shot.

The rematch between Robert Whittaker and Israel Adesanya will be different from the first fight. But, whether Whittaker can beat Adesanya depends upon how he is going to fight the middleweight champion.

Whittaker showed some great wrestling and grappling skills against Kelvin Gastelum. He really invested in the leg kicks that might be crucial against Adesanya. Whittaker needs to mix it up with Adesanya to have more success against him. In a kickboxing fight, it’s difficult to beat Adesanya because of his elite skillsets and huge reach advantage.

We saw Jan Blachowicz out striking Israel Adesanya for the first three rounds even though they were close. But, it won’t be an easy task for the Reaper to dethrone the current champion. Adesanya should still be the favorite going into the rematch.