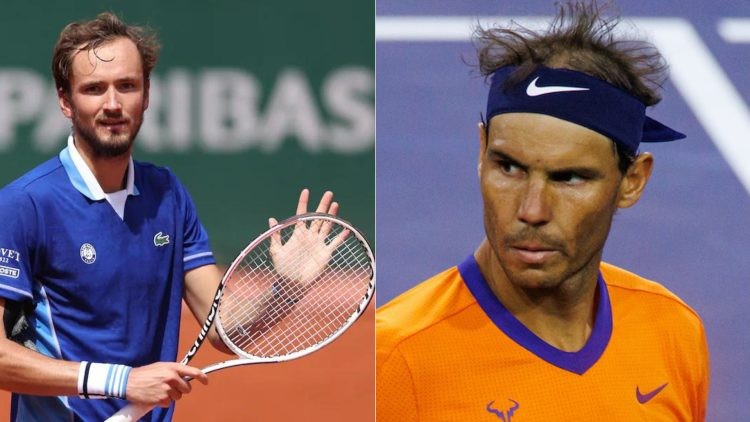 Daniil Medvedev is currently ranked No.1 in the ATP rankings and he would surely be intending to keep the current state of his rankings intact. His major rival currently stands out is Rafael Nadal who has won the Australian and the French Open this season.

Adding salt to the wounds, Nadal won the Australian Open by defeating Medvedev in the final match. Currently, Medvedev is leading the World No.2, Alexander Zverev by just 775 points and he would be defending his rank in the upcoming Canada Open.

In an interview Medvedev further said,

“Depends also the moment because I know at the end of the year, unless I try to win every tournament that is left, it’s probably going to be Rafa [Nadal] for [year-end No. 1]. But at the same time, I can keep it for quite a long time I feel like if I play good here in the [North American hard-court swing].”

Rafael Nadal was tipped to be the major competitor of the former US Open champion, Daniil Medvedev.

Daniil Medvedev would be returning for the first time to compete at Los Cabos since Mallorca Open in June. Medvedev is the top seed at Cabo and he would be looking forward to getting the game time on the hard courts in the buildup to the much-awaited US Open.

When the former US Open champion was asked if he would be getting back his old rhythm he said that it would surely be tough to say and mentioned that winning games would surely be important.

He further said that each of the opponents in the upcoming tournament may be difficult and the confidence gained from winning the previous matches would surely be crucial in these conditions.

Medvedev has all to play for in the upcoming hard court season since he would be working hard to get the first ATP title of the year and also maintain his World No.1 ATP rankings.