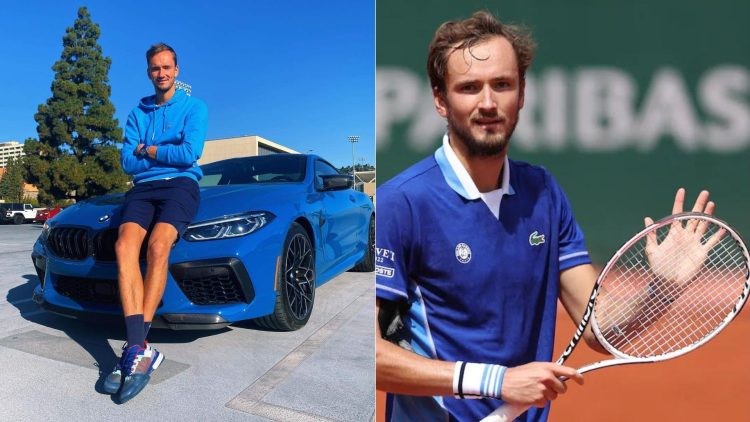 Daniil Medvedev is currently ranked no 1 on the ATP rankings. Medvedev is of Russian origin and could not participate in Wimbledon 2022 due to the ban imposed on Russian and Belarusian players.

Medvedev quickly rose up the rankings and is supposed to be the successor of the Big 3 i.e, Rafael Nadal, Novak Djokovic and Roger Federer.

Daniil was the runner-up at the US Open 2019 and the 2021 Australian Open. He has won a total of 12 ATP titles, including the 2021 US Open. Daniil Medvedev is currently playing the Cincinnati Open in order to get fit and match-ready for the highly anticipated US Open.

What is the networth of Daniil Medvedev?

Daniil is said to have a total networth of 20 million US dollars in 2022.

His primary sources of income include the cash award obtained from various tennis tournaments and the multiple endorsements he has procured. His net worth from 2018 has more than tripled due to his rise in performance.

If we speak about Medvedev’s salary in 2022, then he took away an annual salary worth 14 million dollars this year. Daniil is sponsored and endorsed by a lot of popular brands such as Lacoste, Tecnifibre, BMW, Bovet, Tinkoff and much more.

Since Daniil is one of the brand ambassadors of BMW, he also has a solid collection of a lot of car models of the brand. He bought a new BMW X6 M recently. He owns a lavish house in his current place of residence in Monte Carlo, France. He owns a lot of properties across the world. Daniil is still a young player with a lot of potential,

After the potential retirement of the Big 3 players, Daniil is expected to dominate the sport for years to come. Taking this into consideration, it is highly likely that within the span of 5 years his networth would be tripled since he would get more and more brand endorsements and also earn cash prizes from his potential tournament wins.