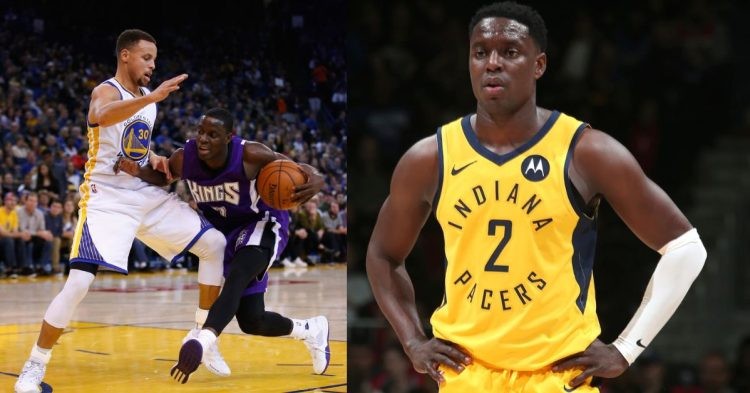 Former NBA player Darren Collison has made his way to NBA’s limelight in recent times. The reason for that would be Brittany Schmitt’s bizarre revelations. She said that her ex was a former NBA player who is now a Jehovah’s witness. Since then, Collison has been trending with Danny Granger and Dewayne Dedmon as the world tries to figure out who it may be.

At last, fans concluded that it may well be Granger who dated the comedian. They connected the dots when Schmitt mentioned, “he is the light-skinned one”. As for the other two, they were both players who became Jehovah’s witnesses but Collison retired from the NBA to become one. He received plenty of attention from the community. No one had heard this reason before.

“While I still love basketball, I know there is something more important, which is my family and my faith. I am one of the Jehovah’s Witnesses and my faith means everything to me,” – now retiring Darren Collison told @TheUndefeated https://t.co/EYDLaDpadd #NBA

As the American retired, he said according to NBC Sports, “While I still love basketball, I know there is something more important, which is my family and my faith,  am one of Jehovah’s Witnesses and my faith means everything to me. I receive so much joy from volunteering to help others and participate in a worldwide ministry. The joy I feel is unmatched. With that being said, I have decided to retire from the NBA.”

However, after retiring in 2019, he almost made a return to the NBA. It was with none other than the Golden State Warriors. Many reports mentioned that the GSW management was looking to sign him as a bench player at the time.

All eyes on Darren Collison as he tries to complete his NBA return with the Warriors 👀 pic.twitter.com/zl2ic9PYby

Darren played for various teams across the NBA before retiring. They include the New Orleans Hornets (now New Orleans Pelicans), Indiana Pacers, Dallas Mavericks, LA Clippers, and the Sacramento Kings. In the 751 games Collison played in, he averaged 12.3 points, 4.9 assists, and 2.6 rebounds.

One of his best performances came against the Cleveland Cavaliers in the 2018 NBA Playoffs as he scored 28 points that night. Last year, the Warriors franchise needed a player to fill up Klay Thompson‘s role. He could not feature for the team for a couple of years due to his never-ending injury spells.

Hence, the GSW management had a workout session with Collison, to see if he would be good alongside Stephen Curry and Co.

It seems like things didn’t work out between them, as the franchise decided not to sign him. However, Collison did make a return to the NBA, when he signed with the LA Lakers on a 10-day contract this year. Unfortunately for him, the Lakers did not re-sign him after the contract ended as he failed to make a strong impact.