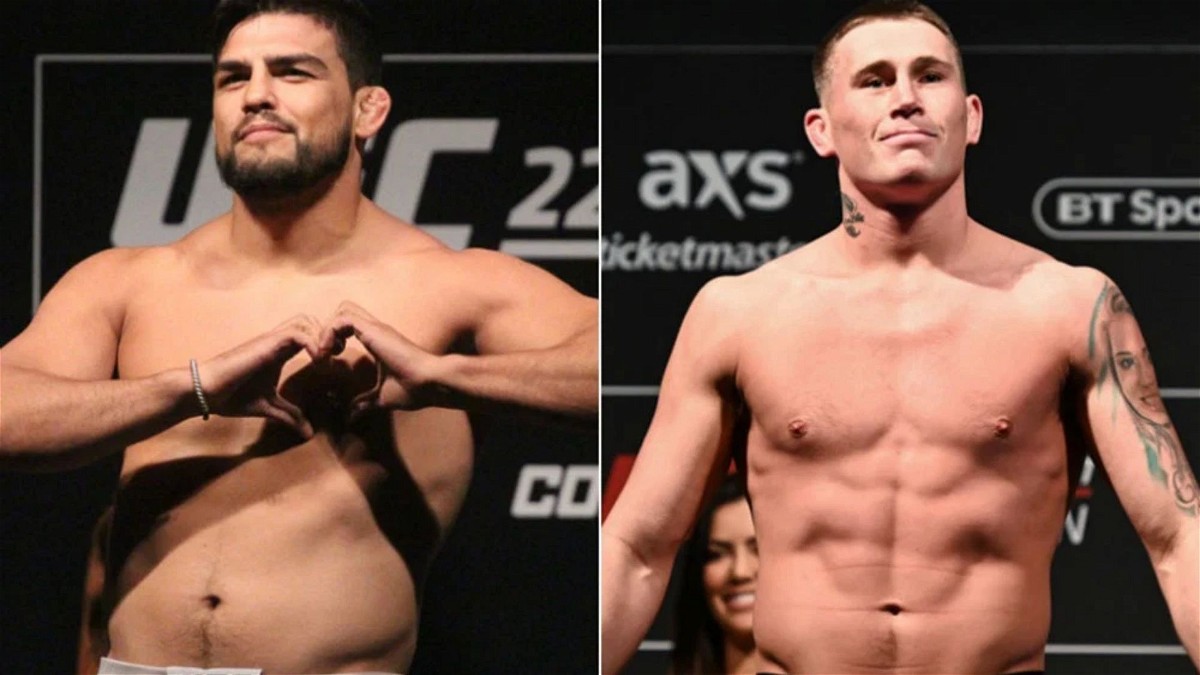 Darren Till vs Kelvin Gastelum at UFC 244

Darren Till made his much-anticipated middleweight debut against a very dangerous Kelvin Gastelum back at UFC 244 inside Madison Square Garden in New York back in November of 2019.

Till would go on to fight former middleweight champion Robert Whittaker in his next fight, losing the bout via unanimous decision. Darren Till is a popular star in the world of mixed martial arts and has made a name for himself for being absolutely hilarious and unpredictable.

Darren Till has a way with social media, and his sense of humor continues to entertain fight fans around the world. He has time and again showed his credibility inside the Octagon, and with notable wins over the likes of Donald Cerrone, and Stephen Thompson, Till has cemented his position as one of the best of all time at such a young age.

Darren Till made his highly anticipated middleweight debut against Kelvin Gastelum at UFC 244. Needless to say, Darren Till, who likes to call himself the Gorilla because of his extremely daunting physique in the welterweight division did not last too long after he suffered hard weight cuts, also failing to make weight against Stephen Thompson.

Till took to Gastelum in a three-round fight in a featured bout at UFC 244. Till and Gastelum showed great resilience, and went forward throughout the course of the fight, leaving the fans with an exciting three-round war. Till won the fight via split decision, jumping back to the winning column, and picking up his first win in the UFC’s middleweight division.

How much did Darren Till make against Kelvin Gastelum?

Darren Till took home a whopping $120,000 for the fight against Kelvin Gastelum. The show money did not include the sponsorship bonus and the win bonus. Till pocketed an additional $120,000 as win-bonus, and $5000 as sponsorship money, taking his total earning from the Kelvin Gastelum fight to $245,000.

After Kelvin Gastelum made contact with his coach Rafael Cordeiro during the official weigh-ins, a clear violation of the NYSAC rules, Darren Till was offered an additional $25,000. However, Till declined the extra money and even asked the commission to give it back to Kelvin Gastelum. He opined, “I’m here for what’s mine and that’s to win. Give it to Walt Harris’s daughter’s missing fund. Help a good cause—give it back to him because he needs it.”

Darren Till Losses: How Many Times Has Till Lost Inside the UFC Octagon?