Darren Till Losses: How Many Times Has Till Lost Inside the UFC Octagon? 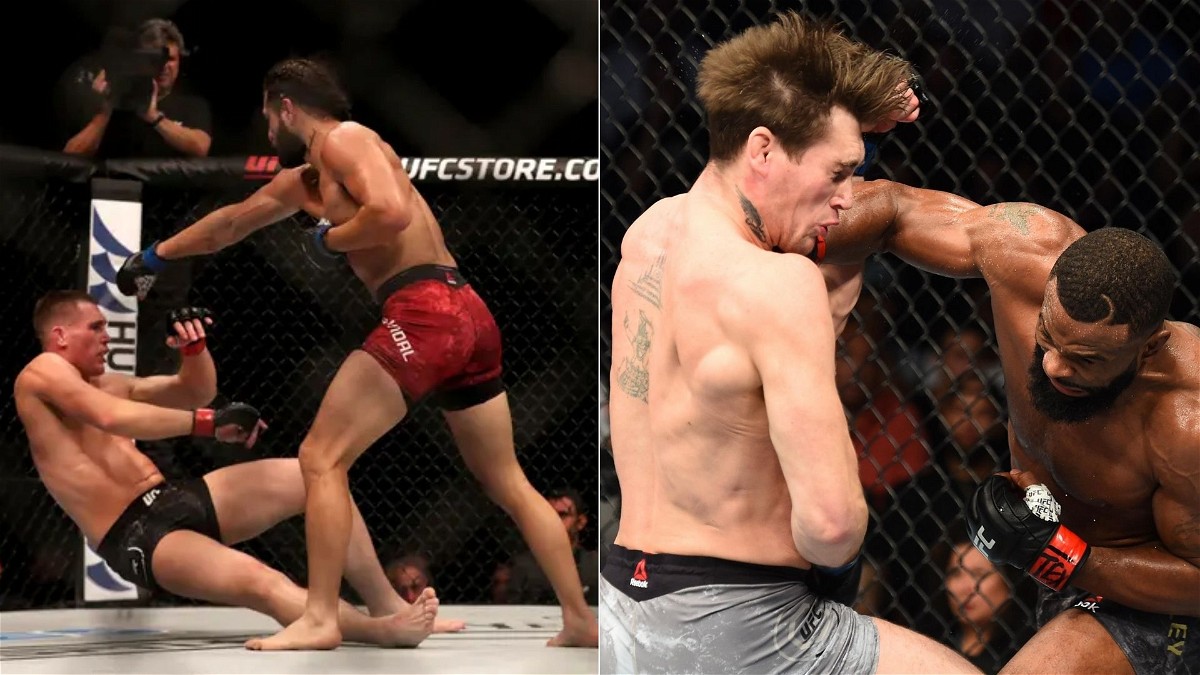 Darren Till is one of the most popular fighters in the world of mixed martial arts today. The kid from Liverpool continues to impress fight fans around the world with his incredible striking and has the personality to win your heart outside of the Octagon with his equally impressive sense of humor. The Gorilla of the UFC, Darren Till is a crafty striker and always keeps his left hand loaded. He likes to strike and has proved his string prowess against seasoned strikers like Donald Cerrone and Stephen Thompson.

Darren Till stands at 6ft, with a 74.5-inch reach. He is 18-3 in his MMA career and has lost only thrice inside the UFC Octagon. Let’s take a look at all the losses of Darren Till’s MMA career.

Arguably the most horrific loss of Till’s career came against Gamebred Jorge Masvidal as he suffered a vicious KO loss at the hands of Masvidal in the second round, marking his second straight loss inside the UFC Octagon.

In what was an exciting five-round main event in England, among the English audience. Among a crowd that cheered Darren Till in a manner, you would expect the Irish crowd to cheer for Conor McGregor, Jorge Masvidal spoilt the homecoming as he slept Till in the second round to pick up the victory.

Darren Till fails to get past Robert Whittaker

Quite evidently, Darren Till could have put himself in the title contention had he triumphed over former middleweight champion Robert Whittaker. Back in July of 2020, Till welcomes Robert Whittaker back inside the UFC Octagon after a year-long hiatus following the championship loss against Israel Adesanya. Till failed to get the better of a crafty and elusive Robert Whittaker, who picked up a unanimous decision victory to ump back to the winning column.

Darren Till is still very young in the game, and all of his MMA losses have come against some of the greatest mixed martial artists of all time. Needless to say, the future is bright for the English fighter, who will look to right the wrongs going forward in his UFC career.

Darren Till UFC Earnings: How Much Money Has the “Gorilla” Made in His UFC Career