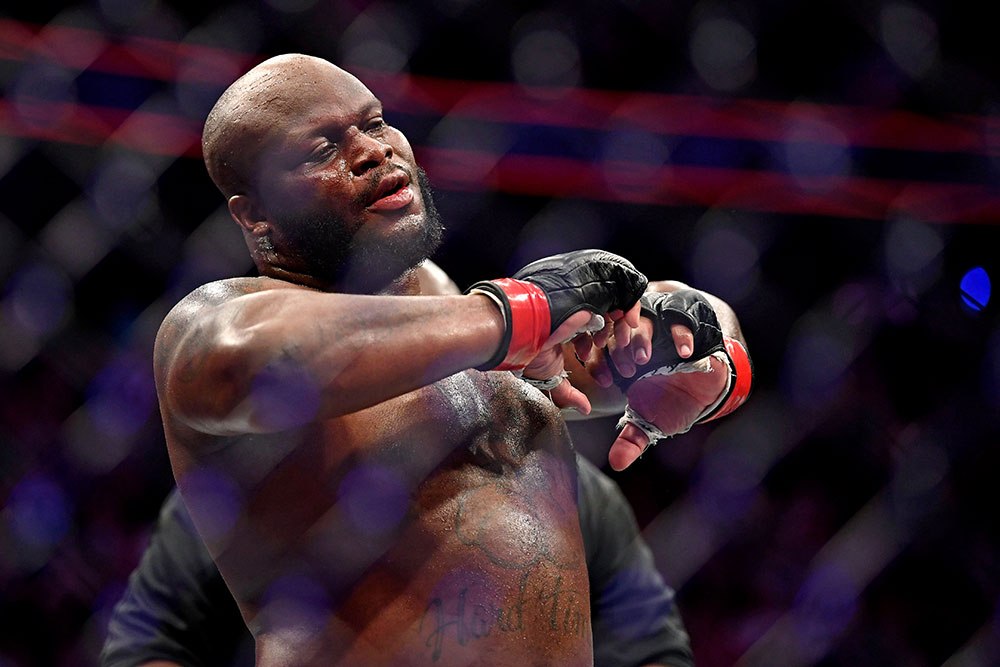 One of the most exciting UFC fighters of all time, Derrick Lewis has managed to cement his legacy as the most devastating knockout artist of all time with 20 KOs and TKOs.

The only fighter who can challenge Derrick Lewis for the crown of the best knockout artist of UFC is the current heavyweight champion Francis Ngannou. However, Derrick Lewis has made a special place for himself in the MMA community.

Thanks to his thrilling finishes and hilarious post-fight interviews, The Black Beast has become one of the most loved fighters on the roaster. But, he has a huge opportunity ahead of him as he takes on Ciryl Gane in the main event of UFC 265.

The Black Beast has already fought once for the prestigious UFC heavyweight title. He fought the former heavyweight champion, Daniel Cormier at the iconic Madison Square Garden. However, Lewis failed to capture the heavyweight title as he suffered a submission defeat.

But, Lewis was able to climb the ranking ladders once again to earn another title shot in the heavyweight division. And looking at his last few performances, it won’t be a surprise if Derrick Lewis beats Ciryl Gane and goes on to fight Francis Ngannou, whom he has already beaten in the past.

So as unlikely as it sounds, fans might have the Black Beast as their heavyweight champion very soon.

What is the walkout song of Derrick Lewis?

Every time Derrick Lewis steps into the octagon it’s not just his powerful performances that win the fans’ hearts. Lewis brings the whole package. His media scrums, walkouts, brilliant finishes, and post-fight interviews are the reason why fans love him.

Fat Pat is a legendary rapper who made a huge impact on the music industry with his album Ghetto Dreams. Unfortunately, Fat Pat passed away in the year 1988 at an age of 27.

What do you think about The Black Beast’s walkout song in UFC?