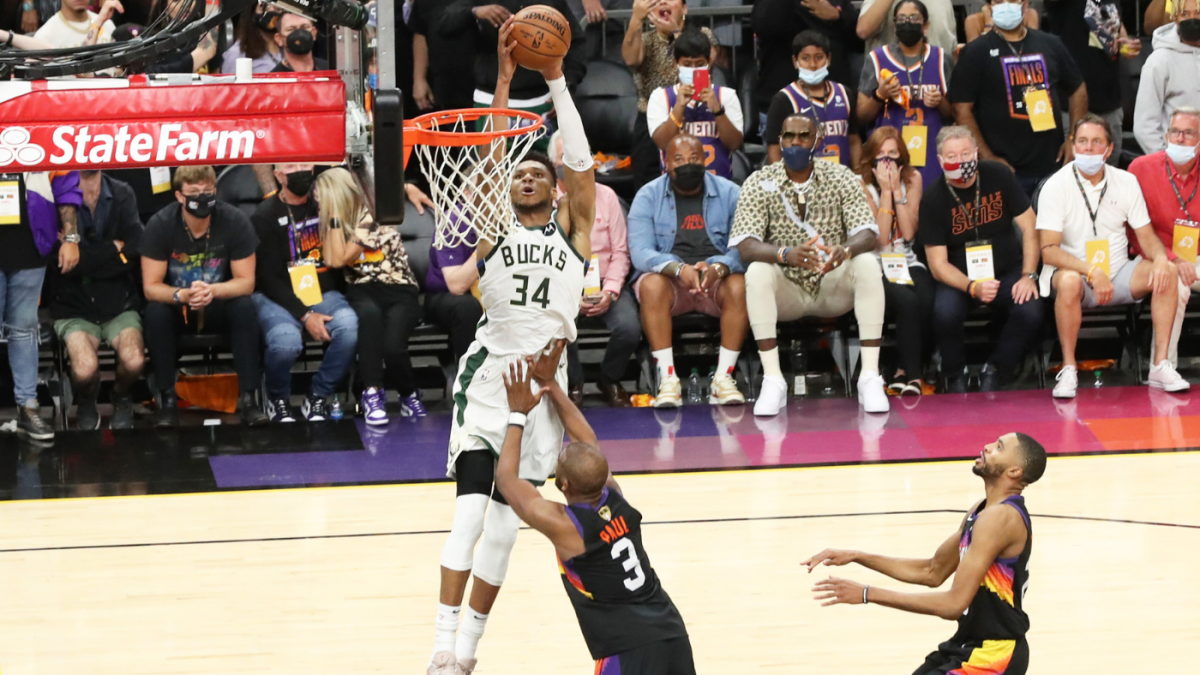 The Phoenix Suns are now down 3-2 in the NBA Finals. After being up 2-0, they let the Milwaukee Bucks get a 3 game win streak. Giannis led this win streak and the Phoenix Suns have no one to stop him. Milwaukee have managed to win that game in Phoenix and have taken the upper hand. They now play Game 6 at home, where they have been undefeated in this series. Chris Paul has been inconsistent this series but they really need him game 6.

Chris Paul is a veteran guard. He’s been amazing for the Suns this season and in general great in his career. He has never won a championship and right now he’s 2 games away from changing that. However, at the end of Game 5. On one of the most amazing plays in this NBA Finals, Chris Paul tried something dirty. It was the 4th quarter of Game 5 in Phoenix with just 25 seconds left, the Bucks were up by just one. Jrue Holiday had stripped the ball from Devin Booker and ran up the court. Chris Paul wanted to foul but saw Giannis running to the rim. Giannis caught the lob and dunked the ‘Valley Oop’. He was fouled on the play by Chris Paul. On a further look, it turned out that he tried to push Giannis who was mid air.

Bro just imagine what would’ve happened if Chris Paul succeeded in his attempt to push him… That was such a dirty play https://t.co/dHjpw7ndc7

Is Chris Paul a Dirty Player?

Chris Paul might be an all-time great and even a hall of famer. But he is a notoriously dirty player. He actually exploits the game in many ways. Some of them are very high IQ Plays. When he played for the Thunder he managed to get a free timeout and a free throw just because he takes advantage of the rules.

However, these plays show his insane Basketball IQ. But because he knows with what stuff he can get away with, he tries to go the extra mile. And that’s where he takes it too far. He’s had so many dirty plays in his career that there are multiple video compilations on the Internet.

As you can see, that has been the case for his whole career. At what point do you start calling a player dirty? Chris Paul has the reputation and the proof for him being a dirty player. Will The NBA Take action on Paul? We’ll find out in the coming days.

Also Read: Here’s Why Does Giannis Antetokounmpo Wears the Number 34