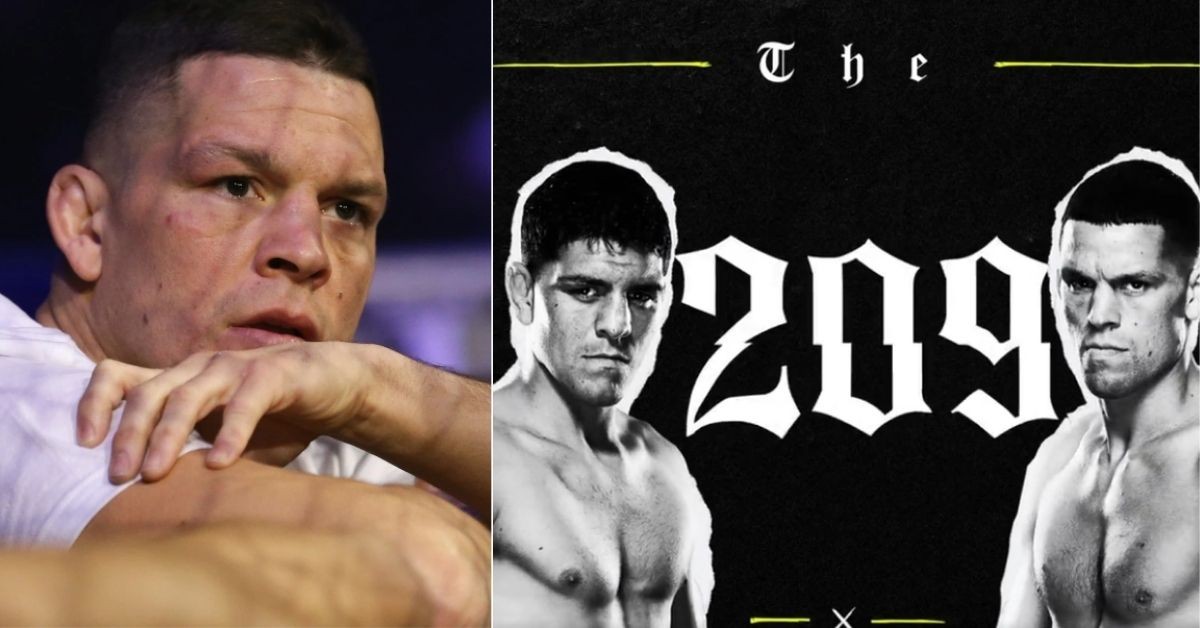 Nate Diaz took to Twitter to slam UFC for selling NFT on his and his brother, Nick Diaz’s name. Earlier, UFC had sent out a promotional banner, inviting fans to get their hands on a wide range of exclusive NFTs. The Ultimate Fighting Championship is slowly stepping into the NFT business after several UFC fighters announced their own exclusive NFTs.

Diaz took to Twitter and criticized the UFC for using his brother’s name to do business and earn money. Diaz further opined how it’s reasons like these that he wants to leave the company for good.

In the past, Nate Diaz has expressed his frustrations with the UFC on numerous occasions. The younger of the Diaz brother has been asking for a fight for quite some time now, and recently even requested the company to release him from his contract. Diaz has also stated that he has just one fight left with the UFC, and has made plans to retire for good.

Why was Nick Diaz banned from fighting?

Diaz further went on to remind fight fans how UFC banned his elder brother Nick Diaz for five years over marijuana use and requested fight fans to not let UFC reap benefits out of his mixed martial arts career. However, according to a recent tweet from UFC Strike, the official Twitter account for UFC NFT, the 209 NFT have sold out.

The 209 Drop is Officially Sold Out!

Take advantage of our Marketplace promotion if you missed out on the drop, details below. https://t.co/cWAE3m2JoN

Nick Diaz was banned from fighting after testing positive for marijuana metabolites back at UFC 183 following his fight against Anderson Silva. There was a large hue and cry following the verdict in Nick Diaz’s case, who missed out on arguably the best years of his mixed martial arts career.

At the time, Nick Diaz was one of the biggest stars in the world of mixed martial arts and could have achieved greater success if not for the suspension.