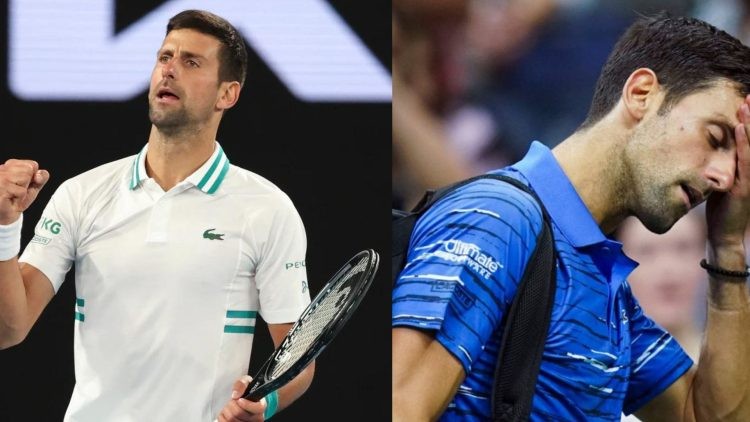 2022 has been a rough year for Novak Djokovic and it seems as if things are just going to get worse. Novak not only failed to secure a single grand slam title in the first half of this year but also got embroiled in a controversy pertaining to his reluctance to take the COVID-19 vaccine which forced him to miss the Australian Open, for which he was the clear favourite.

Novak Djokovic’s public image has also severely deteriorated having to undergo the lengthy and painful bureaucratic and media process. Novak Djokovic is an idol for hundreds and thousands of people globally and a lot of people criticised him after he publicly disapproved of the COVID-19 vaccine.

Ever since the Australian Open, Novak has been trying to redeem itself and it seemed as if the Rolland Garros was the best chance to do that. Unfortunately, he lost against the king of clay, Rafael Nadal in a decisive loss in the quarterfinal fixtures.

His next chance comes in the form of the Wimbledon and the US Open, however, things don’t seem to get better for Novak Djokovic as a lot of reports suggest that the United States will not be easing any health measures and will not be handing any exemption to the 20 times Grand Slam-winning Serb from the same.

Even though the COVID-19 pandemic has fizzled out, a lot of the countries have been vigilant to ensure that things don’t go out of hand with injections.

Keeping this in mind it makes sense for the United States authorities to not ease some of the COVID restrictions.

Former member of European Parliament Nigel Farage supported Novak’s decision to not be coerced into taking a vaccine and further stated in an interview,

“This is madness. There are no health grounds to back this up whatsoever.” He added that the move had more to do with having “control” rather than health concerns. “Indeed, I have to say I argued strongly here with doctors as to whether I should have the booster,”

It would be disappointing for the sport and the fans to miss out on witnessing one of the best players of tennis playing at the US Open.

However, all hopes are not dead until there is an official confirmation from the US Open organisers regarding the same.