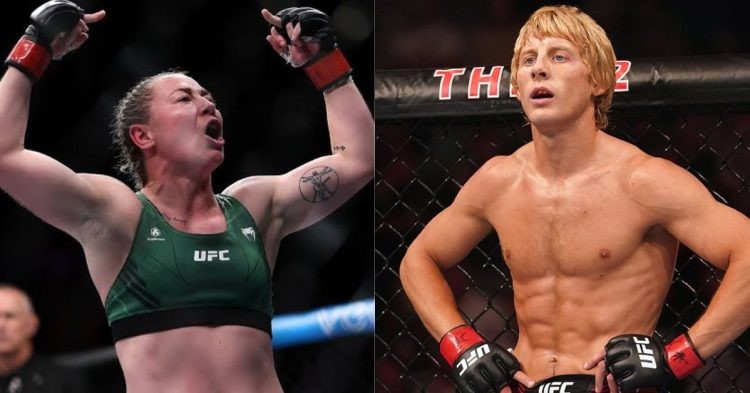 UFC made an official announcement on their social media pages yesterday that Molly McCann will be a part of UFC 281 that will take place in New York at the Madison Square Garden on November 11th. She will take on Erin Blanchfield in a women’s flyweight bout scheduled for three rounds.

With this news, fight fans were also anticipating the return of the Scouser’s teammate and close friend Paddy Pimblett inside the octagon on the same card. Because McCann and Paddy have fought on the same night thrice.

However, to the disappointment of many fight enthusiasts, the likelihood of Pimblett competing at the MSG seems highly unlikely after MMA journalist Ariel Helwani reported that Pimblett might not feature at UFC 281 and the promotion has a different plan in store for Paddy the Baddy.

Molly McCann’s addition to the MSG card doesn’t guarantee that Paddy Pimblett will be on the card, too, I’m told. In fact, word is he won’t be on it and the current plan is later in the year for him. Developing.

Following, Helwani’s tweet several fans were unhappy and consequently, they expressed their disappointment as they wanted to see the British lightweight put on a show in front of the historic MSG arena.

Who could Paddy Pimblett face next?

Despite the recent update of Ariel Helwani saying that UFC is not planning to add Paddy Pimblett at the UFC 281, there is no confirmation that he won’t feature on the main card along with his teammate Molly McCann.

Because there are only two fights confirmed so far and we can expect four more matchups to take place on the main card of the highly anticipated UFC 281: Adesanya vs Pereira PPV. Besides, there are several fighters in the lightweight division who are willing to fight Paddy Pimblett next.

One of them is the upcoming rising talent Terrance McKinney who called out Paddy the Baddy after his recent submission win over Erick Gonzalez. T-Wrecks expressed his interest on Twitter to fight the Scouser after hearing the news that Molly McCann will feature on the UFC 281 card.

This matchup would bring a ton of interest among fans and adding it to the November PPV makes sense because this fight has fireworks return all over it.