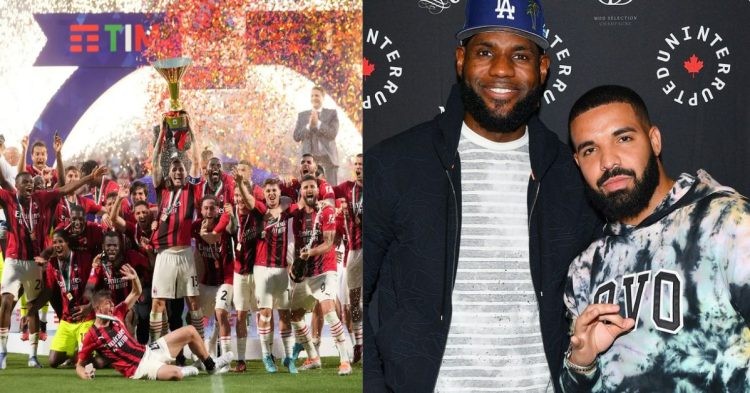 LeBron James grew his net worth past $1 billion dollars earlier this year. This accomplishment is quite significant and speaks volumes regarding his financial sense. He is always on the lookout to grow his value through various means. One such recent endeavor is the investment in the Italian football club AC Milan.

Not many NBA fans will know much about AC Milan. It is the team of famous football superstar Zlatan Ibrahimovic, who is considered one of the greatest in football history.

LeBron James has now partnered with other prominent people and invested in the ownership of AC Milan. We must wonder what details are available about his ownership, and how much this investment will help his net worth.

To those interested, King James never actually approaches the companies directly and offers to invest. When he invested in Liverpool as a minority shareholder, it was done through Fenway Sports Group. Thus, we know this is not his first time around the block in the business domain.

Redbird Capital’s founder Gerry Cardinale is the man responsible and the face of the investors. We know that the entire takeover cost 1.2 billion pounds. It is estimated that LeBron owns about 10% of the stakes. However, we do not know the exact numbers.  This is actually quite an interesting phenomenon for a particular reason.

American investors and others seem to have a  growing interest in football. Most people will know that the United States refers to the NFL as American football and they are not well versed in “soccer ” as they call it. LeBron and Drake hope to change this.

LeBron James will be a two-time football club investor ⚽🏀 pic.twitter.com/hFzzUe2Srw

One must be curious whether this investment will be a benefit to the 4x NBA champion. However, this is a difficult question to answer. At the end of the day, not many people should offer the King financial advice. We should presume he has done his due diligence and believes in AC Milan.

One of the keys to maintaining and amassing wealth is to “never put all the eggs in one basket”. If the overall operation cost 1.2 billion, that means LeBron James paid somewhere around 120 million pounds. Additionally, it isn’t clear if he owns all the 10% or if it is shared with other people.

In any case, he has not exhausted much into ownership of this franchise. It may be worth a lot more in the future. Therefore, it can be considered another great investment by LeBron James.