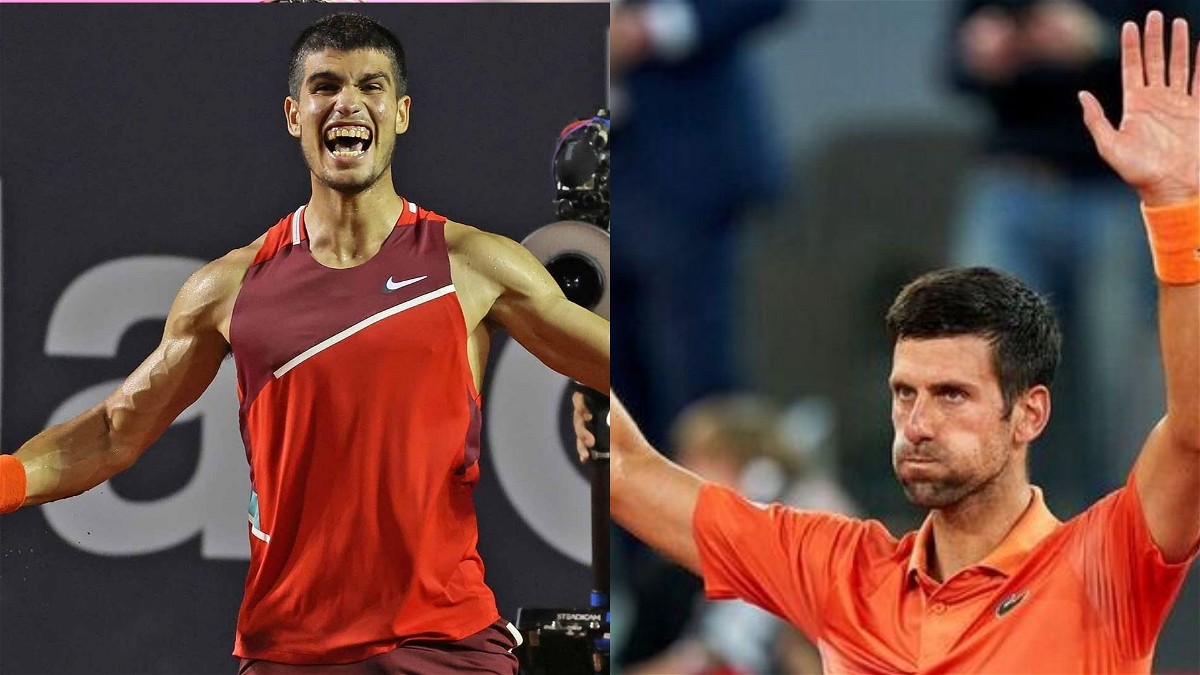 Carlos Alcaraz became the first teenager to defeat Rafael Nadal on a clay surface, in the Friday evening’s semifinals match in the Madrid Open.

With his win in the quarterfinals, Carlos would be all set to face the current World No 1 Novak Djokovic for the first time in the semi-finals of the Madrid Open.

Carlos has won back to back three-setter matches in his bid to reach the semi-final fixtures of the tournament, and on the other hand, Novak Djokovic has not lost out on a single set throughout the course of this tournament.

Novak Djokovic comfortable cruised past Gael Monfils and Hurkacz and had a walkover win over Andy Murray due to his illness.

The match seems to be quite an exciting prospect for the fans since there is a cloud of uncertainty over the results since both of these stars have never faced each other in an ATP tour match.

Carlos Alcaraz is confident ahead of his clash with Novak Djokovic

Even though Carlos has been in a red hot form and has momentum in his side especially after defeating the likes of Rafael Nadal that too on a clay surface, he still would have to hold on to his nerves in order to defeat the current world number 1 Novak Djokovic.

While speaking about his opponent Carlos stated,

“Of course Djokovic is one of the best players of history for me. Everything that he has achieved for tennis, it’s amazing. You just can admire him,”

Novak Djokovic was quite impressed with the run Carlos has had in the tournament and his overall improvement in form as well. With his wins in this tournament, Carlos has now climbed upto his record best rank of 6 in the ATP rankings. Novak stated,

“His growth, his improvement, and his journey particularly the last six months has been amazing,”

“I praise his game without a doubt. He’s fantastic for our sport, no doubt. I think it’s great that we have a young player who is doing so well and giving a new fresh breath to the tennis world.”

It would be a very interesting clash between Novak Djokovic and Carlos Alcaraz, fans would definitely be anticipating the results of this clash to go in the favour of the country hero, Carlos Alcaraz.