‘Do Bronx’ – The Story Behind Charles Oliveira’s Nickname 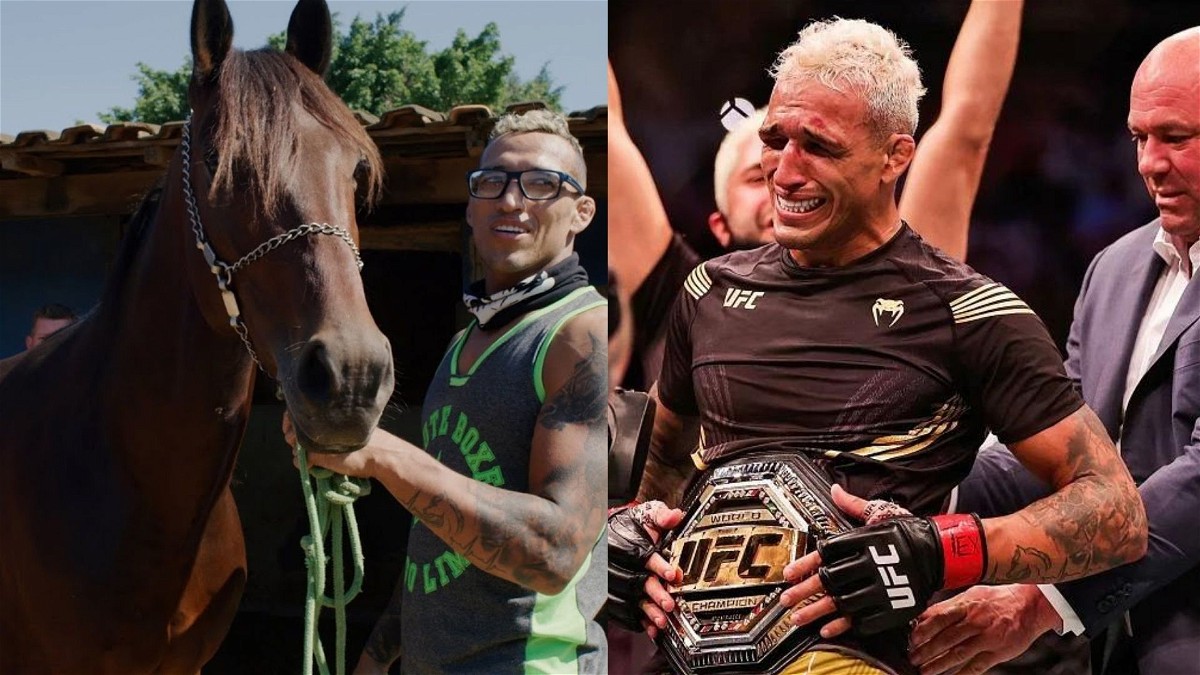 UFC lightweight champion Charles Oliveira is undoubtedly one of the greatest fighters to have stepped inside the octagon. In his glorious 11 year career, the Brazilian fighter has recorded wins over great fighters like Jim Miller, Tony Ferguson, Michael Chandler, Dustin Poirier and accumulated an MMA record of 32-8-0.

Moreover, Do Bronx who is a Brazilian Jiu-Jitsu black belt is a deadly submission expert. Owing to his record of 14 wins via submission which is the most in UFC. However, as we take a look at Oliveira’s journey to the top, it was not as easy as it looks because it took him eleven years to win the belt.

During this period the Brazilian fighter had to deal with several losses. Although Charles ‘do Bronx’ overcame all the adversities and went on a nine-fight winning streak to become the UFC lightweight champion.

After a successful title defence against Dustin Poirier, Charles Oliveria will take on Justin Gaethje in the main event of UFC 274. However, Oliveria will not be able to walkout of UFC 274 as the undisputed champion even if he beats Gaethje. The Brazilian had to vacate his lightweight title for missing weight by 0.5 lbs.

However, it’ll still be a barn burner between two of the best fighters in the division and it is needless to say that all eyes would be on this title fight as fans have high expectations from this contest.

Charles Oliveira will aim to secure another shot at the lightweight title by beating Justin Gaethje at UFC 274. However, let us shift the topic from Oliveira’s upcoming fight and try to understand the meaning of his unique moniker Charles ‘do Bronx‘.

How did Charles Oliveira get the nickname ‘Do Bronx’?

Most UFC fighters tend to have nicknames and there is always a reason or funny anecdote behind those unique monikers. Consequently, there is a story behind the nickname of the current UFC lightweight champion Charles Oliveira- ‘Charles Do Bronx’.

Do Bronx is a Brazilian phrase that means of the Bronx and accordingly, Charles Do Bronx translates to Charles of the Bronx. The Brazilian fighter received this alias ‘Do Bronx’ after joining the Macaco Gold team in 2008.

Because the town (Favela) where Oliveira resided was called Bronx. Also, the gym where he first started training was called Bronx. Therefore his new gym sparring partners and colleagues started calling him ‘Charles Do Bronx‘.

This moniker has stuck to him throughout the years and now everyone around the world widely calls the UFC lightweight champion ‘Charles Do Bronx‘. This is the story and meaning behind the unique moniker of Charles Oliveira.