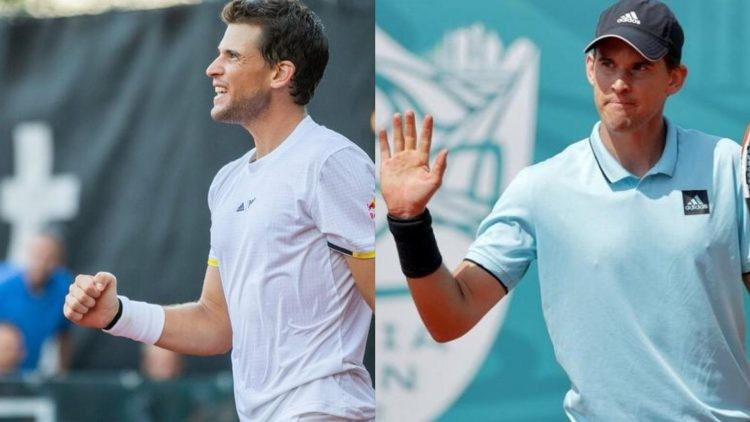 Dominic Thiem is slowly regaining the form he had during the 2020-21 season during which he clinched his maiden US Open title.

The Austrian player is making strides in the ongoing Swiss Open as he not only secured his place in the semifinals of the Swiss Open Gstaad but also is back in the Top 200 rankings of the ATP after a long time. Thiem has looked solid in the Swiss Open since the beginning of the tournament.

He would surely be attempting to win his first title since the September of 2020.

The Swiss Open is an imperative tournament for Dominic since he would be looking forward to regaining his form before the US Open which is his strong suit. He would also be getting the much-needed ranking points in order to increase his overall ATP rank.

It seems as if Dominic Thiem is nearing his comeback, he defeated his Peruvian opponent, Juan Pablo Varillas in the semi-finals of the tournament with a 6-4, 6-3.

He reached the first semifinals of the 2022 season with this win. He displayed an overall dominant performance and won the match within 2 hours. In the post-match press conference, Dominic stated,

“Tomorrow I can go into the match free, trying to do my best,”

“When I travelled to Bastad last week I didn’t expect to reach the quarter-finals there and then the semi-finals here. It is really, really good and I am happy with the progress.”

He further mentioned that he had a very good match in the previous round and he was able to back up that performance in this match as well.

He felt that he still has a lot of scope to improve in certain areas such as his serves. He was also a bit nervous during the course of the match since he would be playing his first semifinals in one and half years and he needs the points to get back up in the rankings.

After this win in the quarterfinals, Dominic would be ranked 195 on the ATP Ranking list.