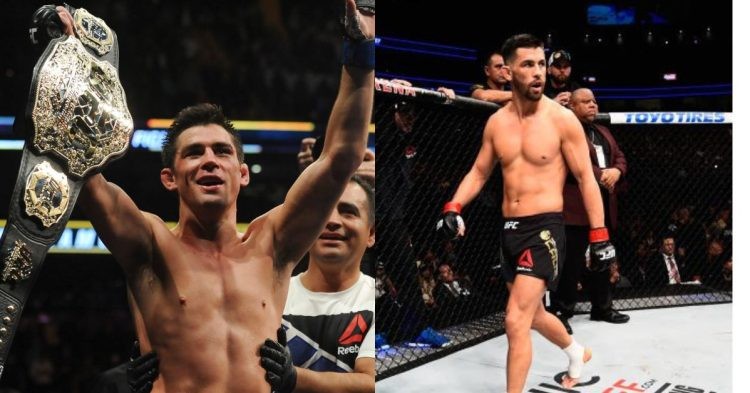 Dominick Cruz is undoubtedly one of the greatest bantamweight fighters to have ever stepped inside the UFC octagon. The Dominator has a brilliant MMA record of 24-3 and has dominated the 135-pound division of UFC for more than a decade.

Moreover, Cruz who is a former bantamweight champion has three title defenses to his name and has defeated the likes of Demetrius Johnson, Urijah Faber and TJ Dillashaw during his amazing title run. However, his career could have been more glorious had he not suffered multiple injuries.

Nonetheless, Dominick Cruz has bounced back from all the setbacks and is currently clawing his way back to the top of the bantamweight division as he is on a two-fight-winning run. The Dominator will make his return inside the octagon against Marlon Vera on August 13th who is also in great form.

As we inch closer to this fight, let’s take a look at the amount of money Cruz has earned in his UFC career.

After showcasing his sheer dominance in the WEC from 2008 to 2010, Dominick Cruz made his UFC debut against Urijah Faber at UFC 132 in 2011. In his first fight itself, The Dominator earned an opportunity for the bantamweight title in this five-round main event fight.

He completely outclassed Faber with his striking skills from start to finish and won the fight via unanimous decision. For his title win in his debut fight, Cruz received a total of $115,000 which includes a whopping $75,000 fight of the night bonus.

Thereafter Dominick defended his title against Demetrious Johnson in the main event of UFC Live. In what was anticipated to be a tough fight for The Dominator, Cruz showed his class as he dominated Johnson on the ground and claimed yet another unanimous decision win.

Dominick Cruz successfully reclaimed his belt against Dillashaw in what was a nail biting fight that ended in a split decision win. This title matchup won the fight of the night award and subsequently, Cruz took home $190,000 ($55,000 to show, $55,000 as a win bonus, $50,000 as the fight of the night bonus and $30,000 as sponsorship payout).

The Dominator successfully defended his title against Urijah Faber next and thereafter he took on rising contender Cody Garbrandt in the co-main event of UFC 206. No Love shocked the entire world as he dropped Cruz twice in the five-round fight and earned a unanimous decision win.

Despite the loss, this was the biggest fight purse of Dominick as he attained $440,000 from this title bout ($350,000 to show, $50,000 Fight of the Night bonus, and $40,000 Reebok sponsorship payout). Following this defeat, Cruz suffered multiple injuries and was consequently, out of the UFC for almost four years.

In his return, The Dominator clashed against the two-division champion Henry Cejudo in the main event of UFC 249 in 2020. Unfortunately, Dominick Cruz’s comeback didn’t go according to his plans as Triple C brutally knocked him out in the second round of the fight. Dominick Cruz received $300,000 to show and $30,000 as sponsorship payout.

How much money did Dominick Cruz receive from his last two UFC fights?

Next up he squared off against Pedro Munhoz on the prelims of UFC 269 back in December last year. Cruz put on a striking masterclass and didn’t offer Munhoz any chance to land anything substantial throughout the three rounds.

It is to be noted that all the above-mentioned amounts are an estimate as the UFC does not release all the fight purses.