by Diya Mukherjee
in UFC
0 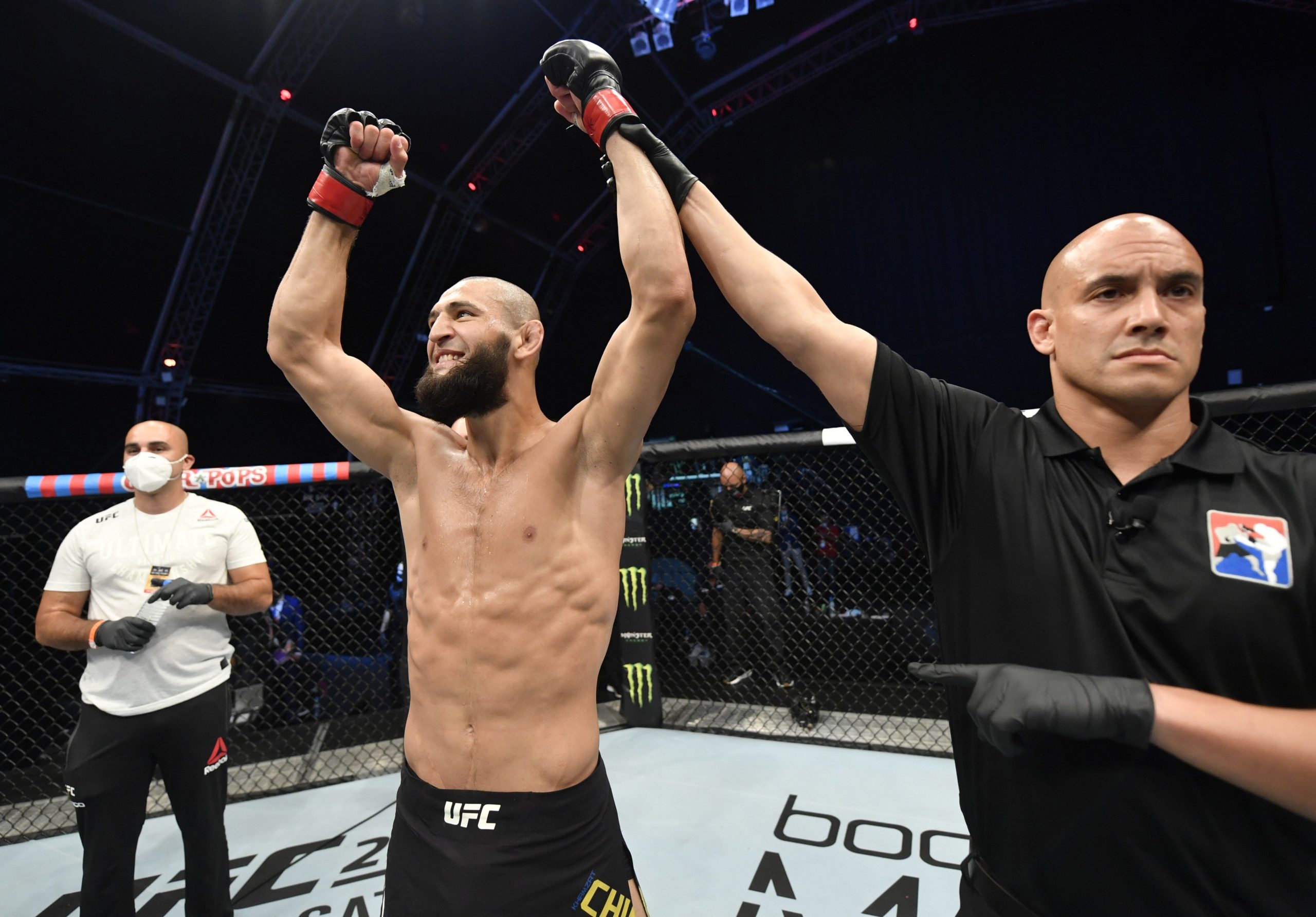 Khamzat Chimaev slammed Kamaru Usman for promoting a match in the light heavyweight division. ‘Borz’ believes he has unresolved issues with the current welterweight champion.

Usman is presently positioned No. 1 in the UFC’s pound-for-pound rankings and hopes to solidify his credentials by capturing a title in a different weight class. While talking to GQ Magazine, the 34-year-old confessed that he was thinking of fighting Jan Blachowicz at 205 pounds while the Polish contender was holding the title rather than battling fellow Nigerian Israel Adesanya.

Khamzat Chimaev recently posted on Twitter to remind Kamaru Usman that he should not change weight classes before facing him. The 27-year-old, who is supposed to fight Gilbert Burns, also stated that he would destroy ‘Durinho.’

“So your trying to change weight before I come for you? Don’t go anywhere I am coming! I smash you and burns in 2 mins believe me! I’m THE KING here @USMAN84kg”

So your trying to change weight before I come for you? Don’t go anywhere I am coming! I smash you and burns in 2 mins believe me!
I’m THE KING here ☝????@USMAN84kg ⚰️

Even before that, Chimaev slammed Usman in UFC 267, when he defeated Li Jingliang. Chimaev issued a short but strong warning to the current UFC welterweight champion in a post-fight interview with ESPN MMA’s John Gooden. ‘Borz’ stated:

See the interview with ESPN MMA:

After the match with ‘The Leech,’ Chimaev in the post-match interview said:

“Everybody! I come here for everybody. Kill everybody. I’m the king!”

Whom will Khamzat Chimaev fight next?

Chimaev wishes to fight Usman for a very long time now. It would be interesting to see how this fight turns out. But for now, it seems like Chimaev would be fighting Gilbert Burns at UFC 273 in April. However, the details haven’t been revealed yet, but he is training very hard.

In an interview with James Lynch from MiddleEasy, Stephen Thompson said that he believes Chimaev would win his first fight against top-five ranked opponents. While talking about Burns vs. Chimaev, he said:

“Man, that’s a good one. I fought Gilbert Burns. And I don’t think he’s going to fight him [Khamzat Chimaev] the way he fought me. He [Burns] is going to be looking for his submissions off the takedown. He’s going to be looking for that guillotine for sure. So, you know he’s going to be submission-savvy in this fight. And Khamzat Chimaev is a strong wrestler, but he can strike as well. So, that’s a dangerous opponent for anybody out there, especially Gilbert Burns. He’s got the shorter reach. He’s the shorter opponent. And I hear Chimaev’s very tall, very long; and he can put that to good use. I think Chimaev can win it.”

Seems like, with all the hype that Chimaev has with him, he is sure to win the fight. But, that also increases the expectations for a Usman vs. Chimaev match.