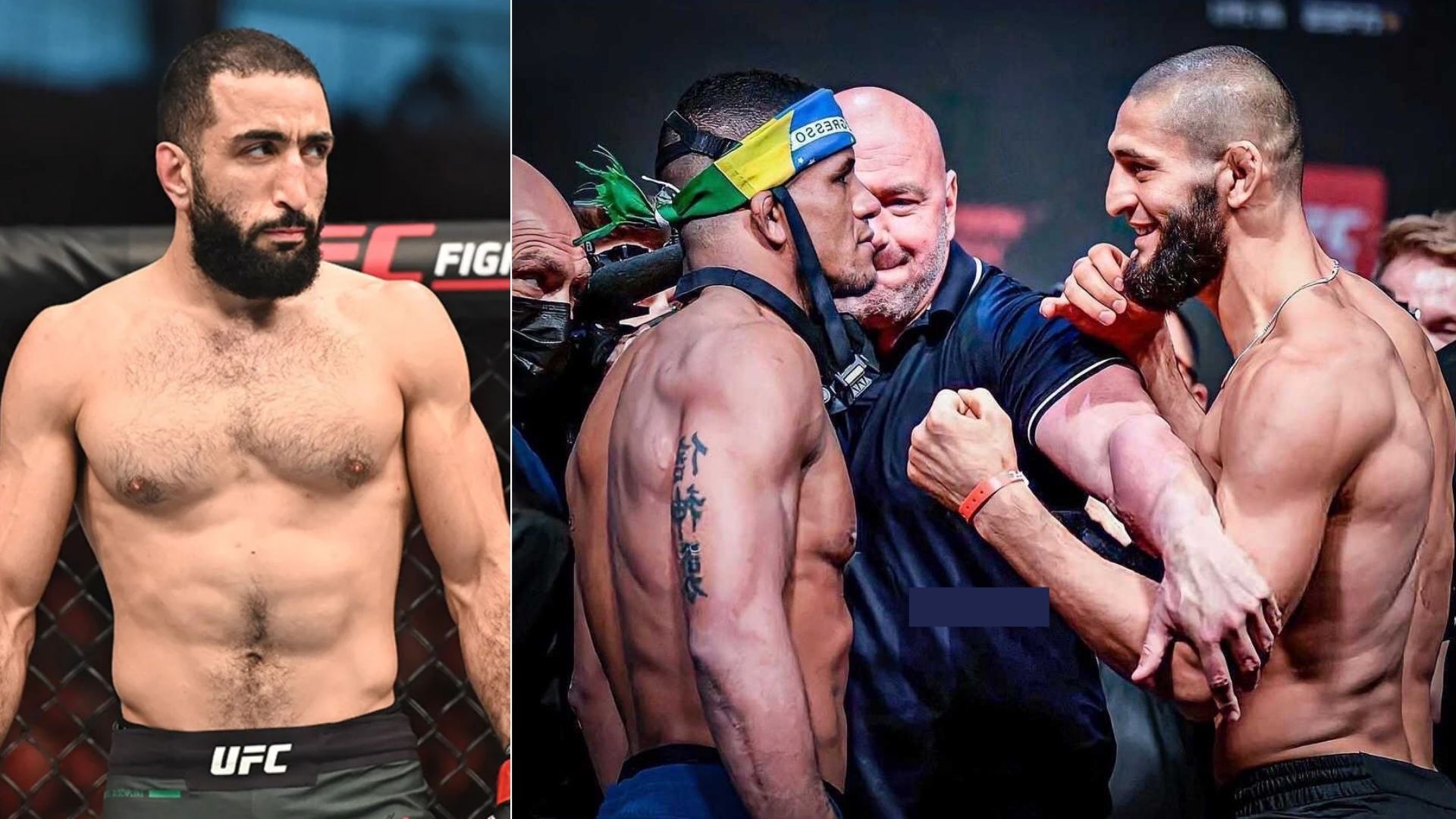 UFC welterweight Belal Muhammad has put a halt to all the rumors surrounding a potential showdown between Gilbert Burns and Khamzat Chimaev in May later this year. While both the fighters have been trading words on social media for quite some time now, a tease from the official page of UFC Brazil on Twitter seemingly hinted that the UFC could well be working towards Gilbert Burns vs Khamzat Chimaev. However, the matchmakers will have to pass a lot of hurdles before they can put this fight to fruition.

Doubt he does a camp during Ramadan

Be that as it may, there has been no official announcement by the UFC, and while both the fighters continue to trade barbs at each other, it’s only mere trash-talking, if both the fighters don’t step inside the Octagon in the near future. For those who know Khamzat Chimaev, it’s nothing new for the fans who have seen the Borg call out some of the biggest names in the world of mixed martial arts, including the likes of Conor McGregor, Nate Diaz, Jorge Masvidal, and Colby Covington.

Gilbert Burns vs Khamzat Chimaev is an exciting fight

Khamzat Chimaev is fresh off a first-round submission win over Li Jinliang and continues to solidify his dominance inside the Octagon. He is riding on a four-fight win streak in the UFC. Chimaev is currently ranked #11 in the UFC’s welterweight rankings.

Needless to say, it’s hard to imagine that someone who is ranked outside of the top-10, could fight the #2 ranked fighter. However, if the name is Khamzat Chimaev, there’s a possibility you will believe and might even expect the Borg to win.

It’s a tough fight between two of the best grapplers in the division. Burns’ BJJ is highly admirable, while Chimaev’s grappling inside the MMA Octagon looks next to perfect. Who do you think gets his hand raised when both these fighters square off inside the Octagon?