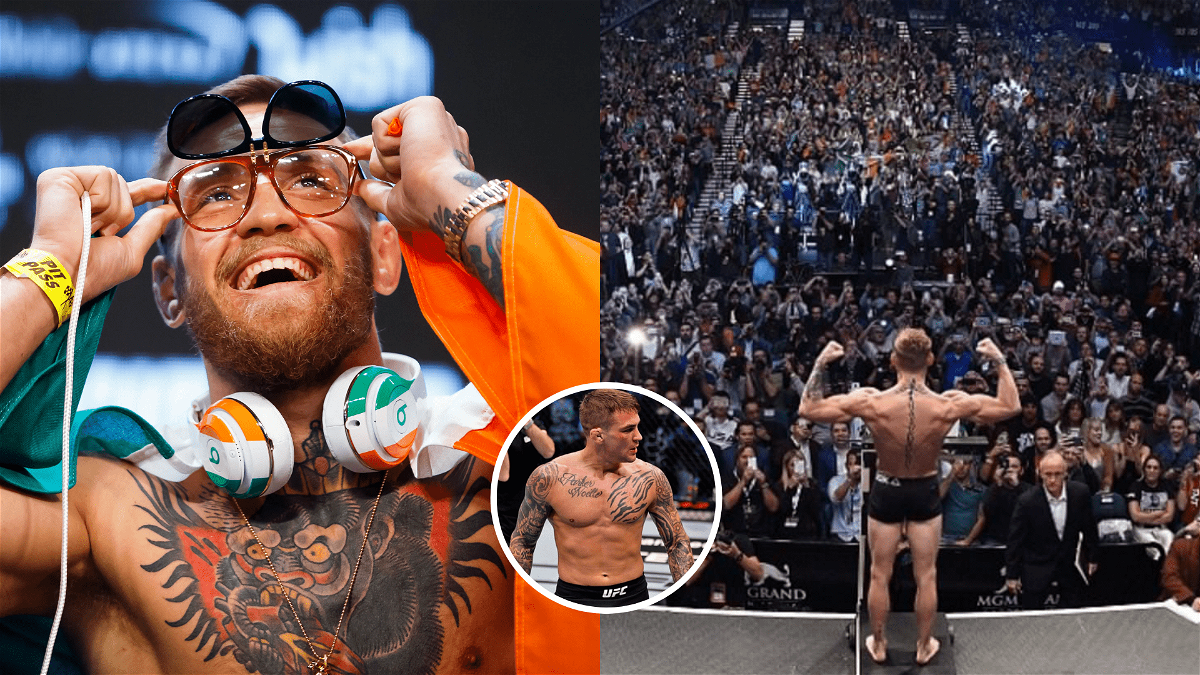 After successfully hosting three consecutive PPVs with full crowds, UFC is set to hold another pay-per-view with a full crowd at T-Mobile Arena. Since the outbreak of the pandemic in 2020 all the fights were scheduled with a very limited or no crowd. However, UFC decided to get a full crowd first at UFC 261 and after having a successful event, there was no looking back. Needless to say, The tickets for UFC 264, headlined by Conor McGregor and Dustin Poirier sold out in less than a day.

Recently, in an interview with ESPN MMA journalist Brett Okamoto, Dustin Poirier commented on the opening of full capacity at stadiums ahead of his bout with Conor.

When Brett Okamoto questioned him if he thinks Irish fans will show up at their fight in the stadium, Poirier was quick to compliment the support McGregor receives from his home country.

“They were in Abu Dhabi yeah of course they’re gonna be there. I was blown away during the weigh-ins in Abu Dhabi and they’re holding the Irish flags and chanting and stuff I’m like my goodness this guy has a country behind him for real”

Dustin recalls their weigh-ins for UFC 257 and revealed how he was taken aback at the immense support pouring out from Irish fans for their superstar Conor McGregor.

Dustin Poirier is not bothered by Conor McGregor and his fans

We all know how big of a show McGregor gives when it comes to PPVs. That’s why fans and UFC sometimes get biased towards him.  Dustin believes that the whole world was against him when he fought the Irish Star. But he was again quick to admit that for him it doesn’t matter.

“It’s not that, you know, because no offense to you, but none of you guys matter man “ 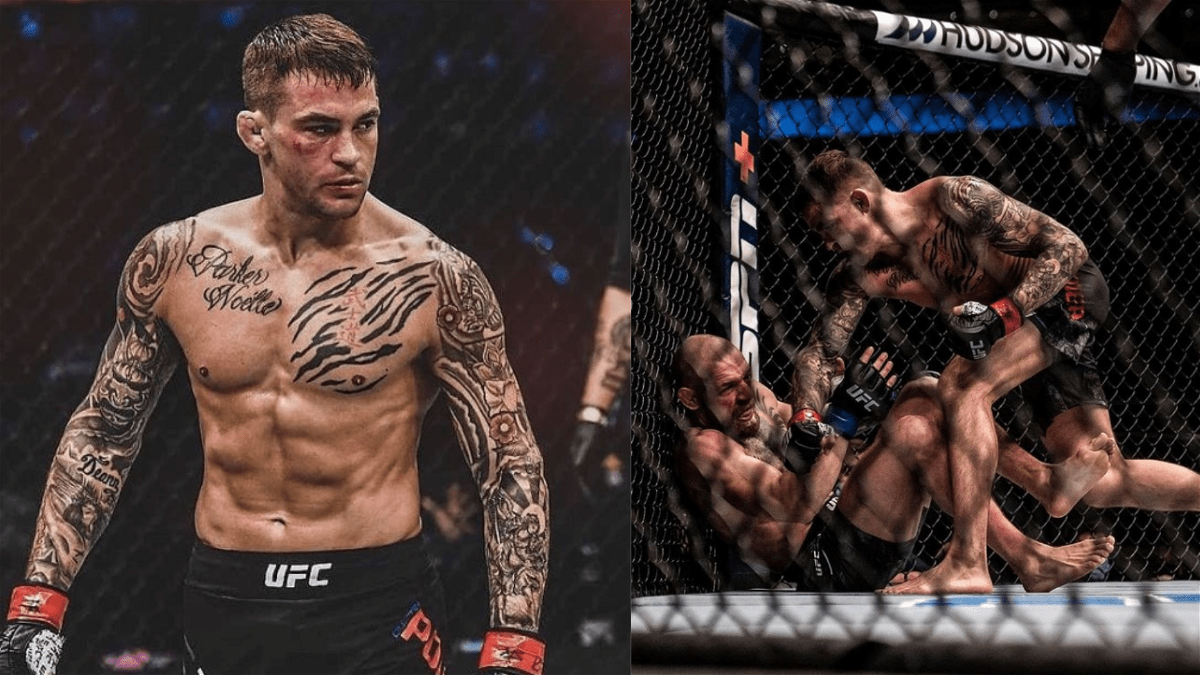 Certainly, none of that external pressure affected Diamond’s game against Conor at UFC 257. But, this time around the  Notorious is not the same “nice guy” anymore. So, fight fans can definitely look for a hell of a fight between the two come UFC 264 inside T-Mobile arena this weekend.