Dustin Poirier Predicts the Outcome of the UFC 269 Main Event, “I’ll Knockout Him Out” 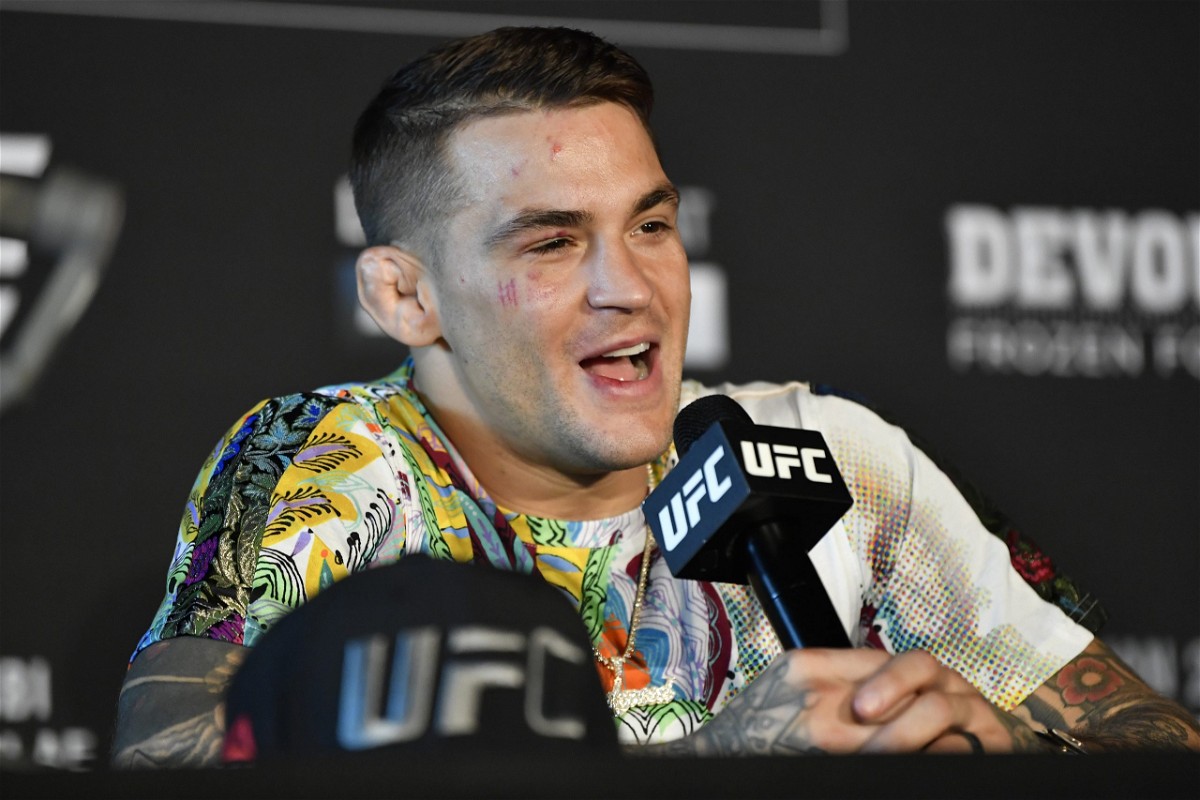 The UFC 269 card is full of fights that have the potential to end in chaos. The main event of the card is no exception. The fight is tailor-made for action. The champion Charles Oliveira is a decorated Brazilian jiu-jitsu practitioner. His striking has also improved in a massive way. On the other hand, Dustin Poirier is arguably the best boxer in the UFC. He is good on the ground as well.

Hence the fight has all the makings of a blockbuster. Charles Oliveira finished Michael Chandler in his previous fight to capture the belt. The fight was extremely chaotic. Chandler hurt the champion badly in the first round and almost put him away to win the match.

When @DustinPoirier became the first man to KO Conor! ????

But the champion held his nerves and came out in the second round and finished the former Bellator champion in a dominating fashion. Dustin Poirier wants to take advantage of the chaotic nature of Oliveira’s fight and knock him out.

Dustin Poirier has fought many dangerous strikers and grapplers throughout his career. He has faced off against brawlers such as Michael Johnson and Justin Gaethje to technical strikers such as Conor McGregor, Max Holloway, and Dan Hooker. Poirier has also faced the likes of Anthony Pettis and Eddie Alvarez who are well-rounded fighters. Then he also has experience against the elite grapplers Carlos Deigo Ferreira and Khabib Nurmagomedov.

All the names above signify that the 32-year old has immense experience in terms of fighting at the elite level. He is an expert at picking his shots. In an interview with BT Sport, Dustin Poirier has pointed out the potential weaknesses in the champion’s fighting style.

“I take advantage of the mistakes this guy makes. You Know, over-reaching on shots, trying to throw too much power into (the punches). Just being in the moment and fighting to the best of my abilities, I beat this guy.” said the challenger in the interview to the host Michael Bisping.

He further added, “I see him being overconfident at times. The alarm is not going off when he’s standing in front of guys. His head’s up and he’s trying to put them away but not worried about his defence. If he does that in front of me, I’ll knock him out.”