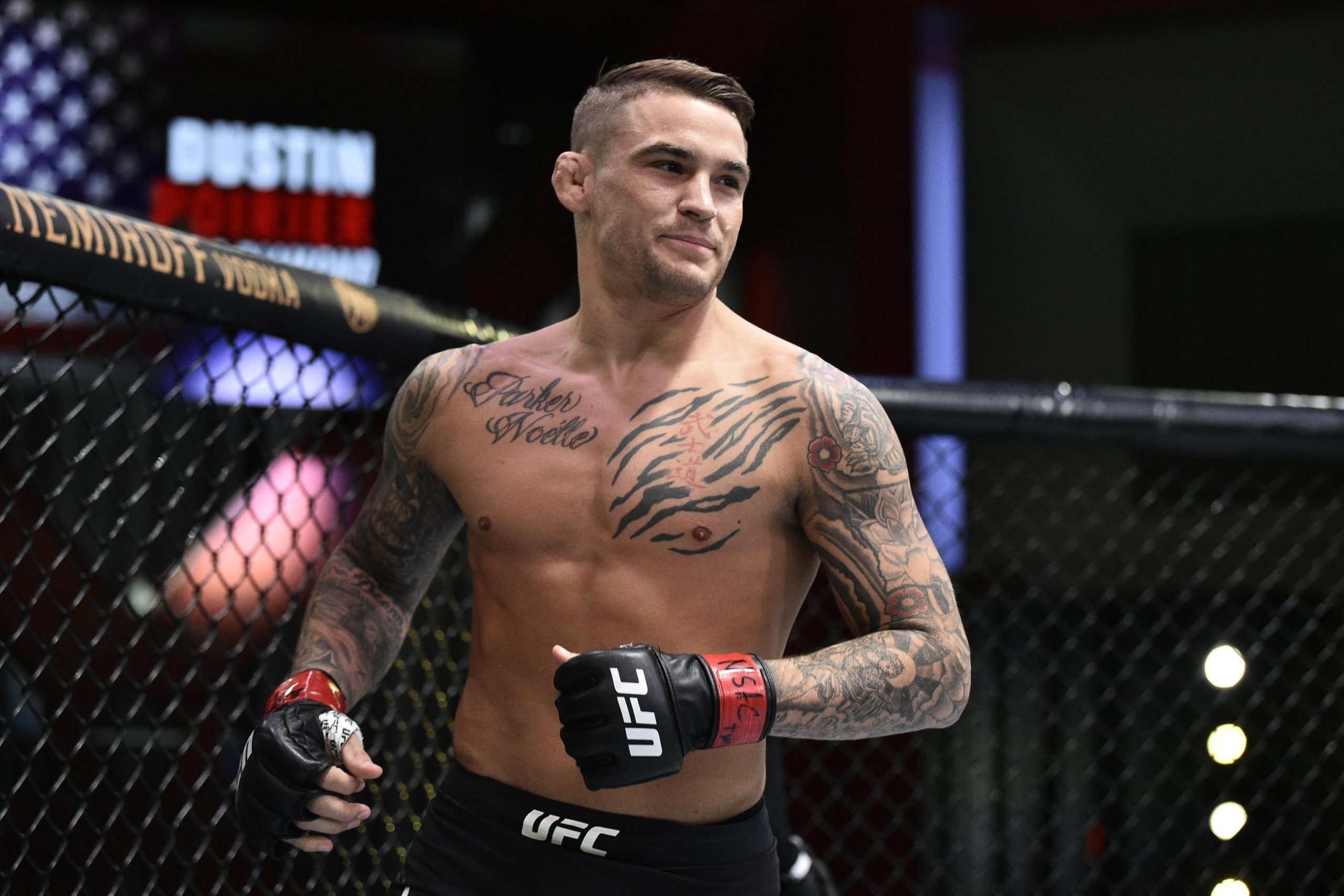 Dustin Poirier has come a long way since his 145 lbs days. He is currently scheduled to take on Charles Oliveira at UFC 269. This will be Poirier’s second chance at fighting for the championship. He fought Khabib Nurmagodemdov in UFC 242. But he fell short as Khabib won via an RNC (Rear Naked Choke).

But champions never give up. And Dustin Poirier is the living embodiment of that mantra. According to him, the loss to Conor McGregor at UFC 178 was the lowest point of his career. Following that, he left the featherweight division and moved up to the 155 lbs division. Dustin reinvented his career in the weight class.

He fought Max Holloway at UFC 236 and won the interim lightweight title. Although the result did not go his way against Khabib, Dustin got back on track immediately after. He beat Dan Hooker in an all-out brawl. Following that victory, he took on the “notorious one” at UFC 257.

His career took a massive upswing as Dustin smashed McGregor in the second round of the fight and handed Conor his first KO/TKO loss. Poirier doubled down and stopped McGregor once again at UFC 264. Although there are disputes about the nature of the victory, as Conor broke his ankle, it counts as a victory on Dustin’s resume.

A Showdown Of The World’s Best Lightweights 🌎

After that event, it was beyond inevitable that he would fight for the championship next. After Charles Oliveira won the belt against Michael Chandler, the UFC did not waste any time and booked the fight.

Dustin Poirier does not see the fight going the distance.

UFC 269 will take place in T-Mobile Arena in Las Vegas, Nevada on December 12. Ahead of the mega event, the UFC put out their countdown video featuring the fighters on the card. In the video, Dustin Poirier spoke about what he expects from the match and how it will go.

Talking about the fanfare, Dustin said, “I love the support, and I do like it when people recognise the work that I put in. I had a tough road to get here. ” He further added, “Undisputed world champion, that’s what I wanna be.”

Speaking of the Conor McGregor fight, he stated, “I had been getting ready to fight Conor for so long, two training camps back to back. You fight a guy like Conor, everybody has questions. The lead-up to the fight, post-fight, just all the madness that comes along with fighting a guy like that….get my hand raised and it was good to take a break after that.”

He shared his thoughts on the upcoming fight and his opponent, Charles Oliveira. “He (Oliveira) is a very dangerous, offensive, aggressive jiu-jitsu fighter. I have been doing jiu-jitsu for a long time. But with a guy like that, make one mistake and he’ll capitalise.“

“I have some jiu-jitsu guys here. So we’re game planning around that. But if this thing gets gritty, if this thing gets bloody and exhausting drag him out type of fight? That’s when I’mma shine.” Talking about the outcome of the fight, Dustin said, “I don’t see it going all 5 rounds.”