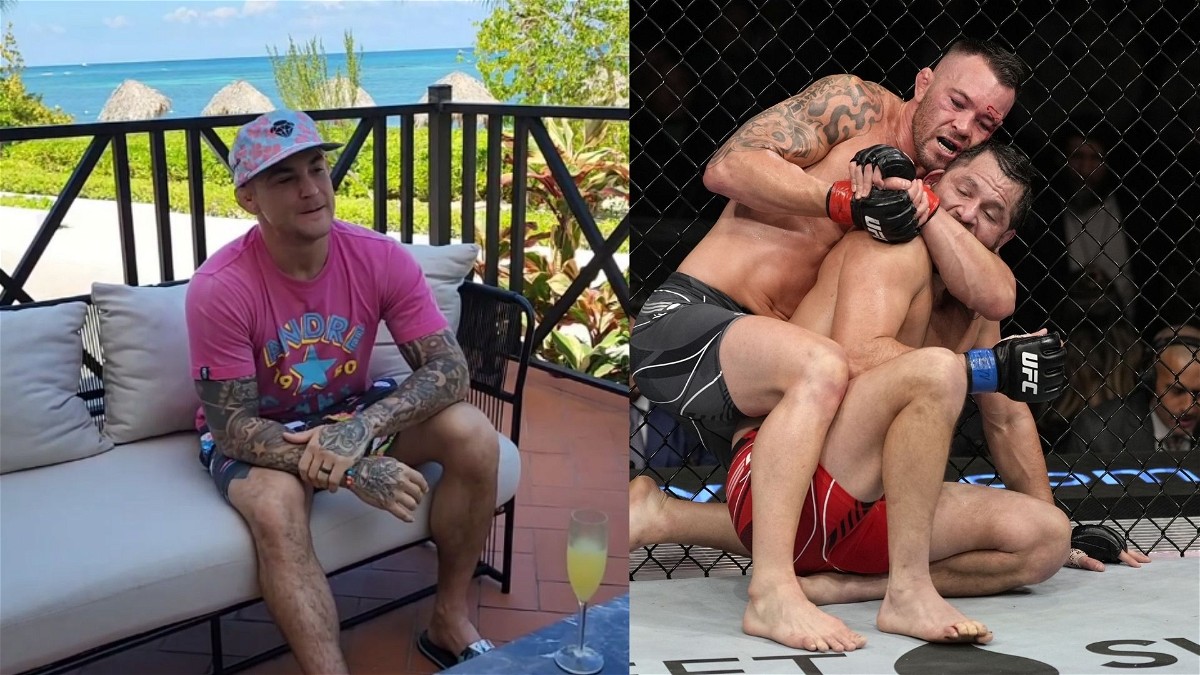 Colby Covington called out Dustin Poirier for a showdown at 170 pounds following his decisive win over Jorge Masvidal at UFC 272. The former interim welterweight champion settled his rivalry with Jorge Masvidal inside the Octagon, in the main event of UFC 272 inside T-Mobile Arena in Las Vegas.

While a competitive effort from Jorge Masvidal, the former two-time title challenger looked clueless against Covington’s incredible display of wrestling. Chaos dominated Gamebred for the better part of five rounds, in what was a comfortable outing for the former interim champ. Soon after the fight, Covington called out former interim lightweight champion Dustin Poirier.

Taking to Twitter, Poirier sent out a one-word reply to Covington. “Bombaclot.”

It’s an interesting reply by Dustin Poirier, who might be completely wiping off the idea of meeting Covington inside the cage with the message.

In Jamaica relaxing my mind and body!
Needed this

Bumbaclot is a Jamaican slang equivalent to “douchebag” or “motherf****r,” used to express dismay or disgust. Needless to say, the remark must be in light of Covington’s trash-talk which are often crosses the boundaries for a lot of fighters.

Will Colby Covington and Dustin Poirier ever fight in the UFC?

It goes without saying that there’s a financial advantage in this fight, considering the bad blood, and Covington’s ability to grab the attention of media and fight fans alike. However, having gained his much-deserved pay-day with back-to-back Conor McGregor fights, Poirier seems uninterested in “money fights.”

Dana seems unsure of Covington/Poirier. Says Covington needs direction. Asks if he is going down to 155? Says they need to talk.#UFC

On the contrary, he has expressed his interest in stylistic match-ups and has been busy having a back and forth with Nate Diaz on social media. Everything points towards a potential Dustin Poirier vs Nate Diaz fight, however, only time will tell who will stand opposite the Diamond the next time fight fans see him.