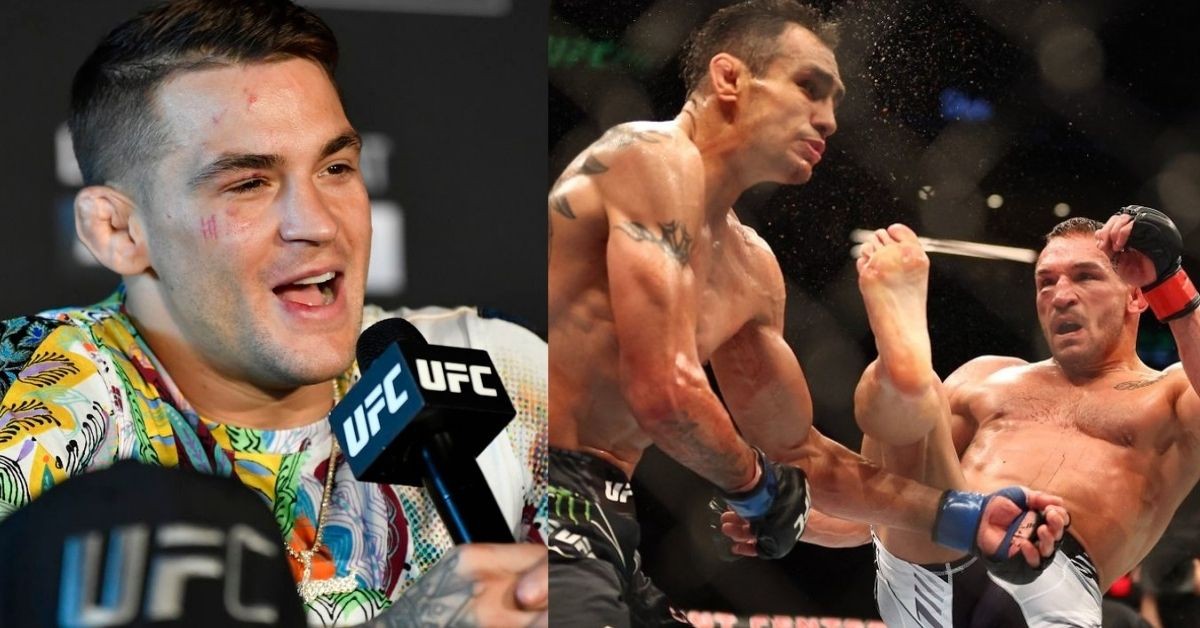 Dustin Poirier has been looking for an opponent for a while now after his title bout loss to Charles Oliveira at UFC 269. The Diamond and Nate Diaz were in talks for a fight and they verbally agreed to fight each other. Unfortunately, the rumours about that highly anticipated fight broke down due to reasons unknown.

A few weeks ago, his lightweight rival Michael Chandler picked up a stunning win over former interim champion Tony Ferguson at UFC 274. Following his devastating knockout win, The Iron grabbed the microphone in the post-fight interview and gave a sensational promo.

During this promo, Chandler called out the likes of Conor McGregor, Charles Oliveira and Justin Gaethje. Surprisingly, the former title contender missed out on Dustin Poirier’s name. Subsequently, in an interview, Chandler was questioned why he disregarded Poirier. To which he responded by saying that he forgot about him and also claimed that the Diamond is not a big draw.

In a recent interview with MMA Hour, Dustin Poirier sat down for a conversation and responded to Chandler’s claims. He compared the PPV buys for his last fight against Charles Oliveira to Michael Chandler’s last bout against Tony Ferguson.

“Look at the numbers. We sell six something, what they sell? Over 400. I mean, who’s a draw I don’t know. I don’t play that s**t because I don’t really care. But don’t say stuff that you can find out, you know, the numbers and see who’s watching more… He’s never beat anybody coming off of a win in the UFC, Ariel. He’s been dropped in his last three fights. He’s never beat somebody coming off of a win, you know.”

After Michael Chandler revealed the reason why he didn’t want to fight Dustin Poirier in an interview, the former interim champion slammed Chandler’s comments and gave a stern reply.

“If you really believe that these guys the stuff they’re saying is real you’re out of your mind. You think the guy forgot about me. The route to the title shot, you know Charles is the champion. I’m number one. And who’s a draw bro. I’m not that guy who likes to point out and pick people, do this and stuff like that.”

It is needless to say that Dustin Poirier was not happy with Michael Chandler’s comments during the MMA Hour interview. With that being said, this rivalry is budding and both these lightweights have been going back and forth on social media. In the end, both are entertaining fighters with a brilliant mentality and skillset, hence fight fans would love to see them clash inside the octagon.