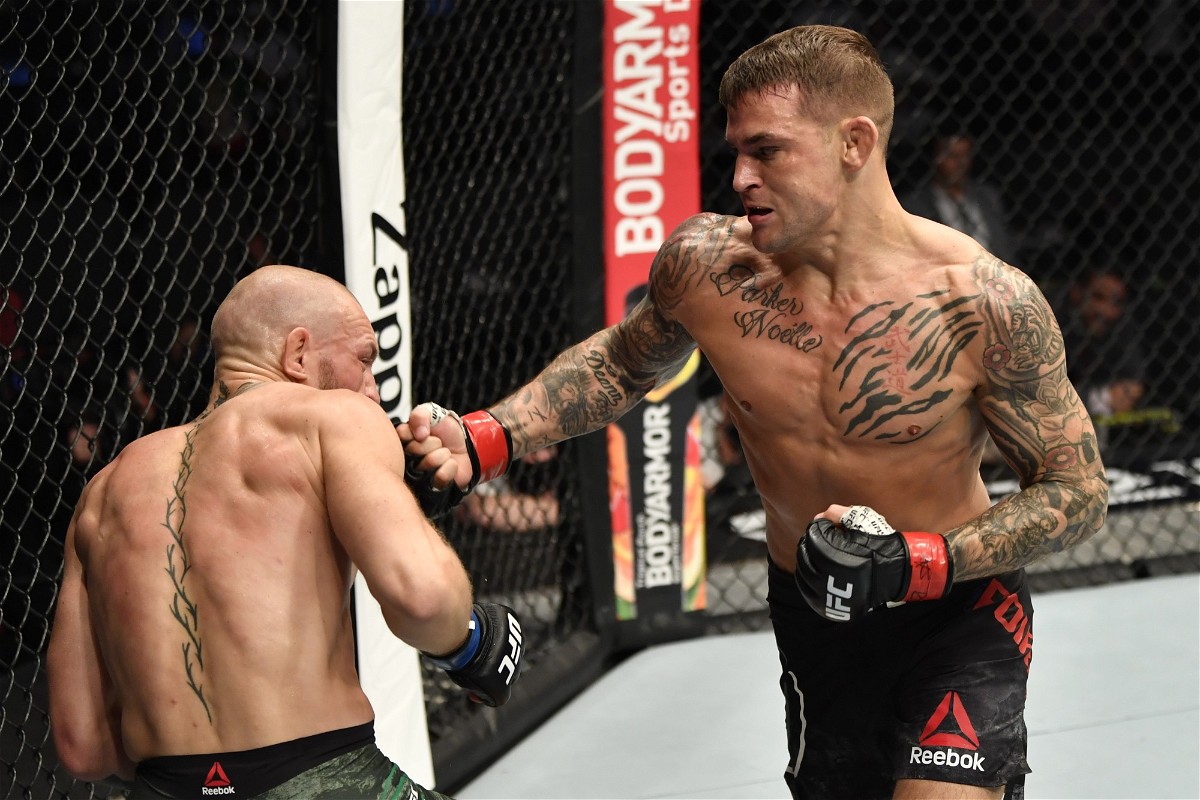 Dustin Poirier takes on Conor McGregor in a trilogy in the main event of UFC 263. The rematch between the two went in the favor of Poirier as he knocked out McGregor in round 2. However, the trilogy is going to be different.

Going into the rematch there was no bad blood between Conor McGregor and Dustin Poirier. But, there has been a lot of back and forth between these two lightweight elites going into the trilogy. It does not seem like Conor McGregor is going to be friendly to Dustin Poirier in the build-up to the trilogy and that might play a factor in the outcome as it did in the first fight between the two.

But, Dustin Poirier believes the outcome is not going to change at UFC 263. In a recent interview with ESPN MMA, when asked about the prediction for the trilogy, Dustin Poirier stated:

Read More: Is Conor McGregor training alone for the trilogy against Dustin Poirier

Dustin Poirier also opens up on his preparation for the trilogy against Conor McGregor and said:

“As my career has progressed I have spent less time overthinking fight footage. but I definitely do still watch a good bit. I see a tendency, reactions to certain things, the way guys change levels to defend takedowns, the way guys throw counter shots which Conor is very very dangerous at, so I do look for things like that. But I am not gonna overwhelm myself with trying to break everything down and going crazy. Cause I used to do that and it would drive me nuts. I would let my coaches break it down and we would get a good game plan together.”

Despite the fact that Dustin Poirier got the knockout win in the rematch, Conor McGregor is the favorite going into UFC 263. Now the narrative behind that is Conor is too good with adjustments when it comes to rematches and he will be able to do those adjustments for the trilogy. However, Poirier is also getting ample time to come up with a game plan for himself as well. The leg kicks might not work this time as effectively for Poirier but it will play some factor in the trilogy as well. Besides that, Dustin Poirier was able to take the notorious left hand of Conor McGregor and not only he survived that in round 1 he was able to come back better in round 2. So Poirier will be super confident going into the trilogy.

Read More: McGregor aiming to move up to welterweight to fight Kamaru Usman

There is always a threat in the early rounds when you take on someone as good as Conor McGregor. But, if Dustin Poirier can survive the first two rounds he is likely to win the fight again either by a stoppage or by decision.