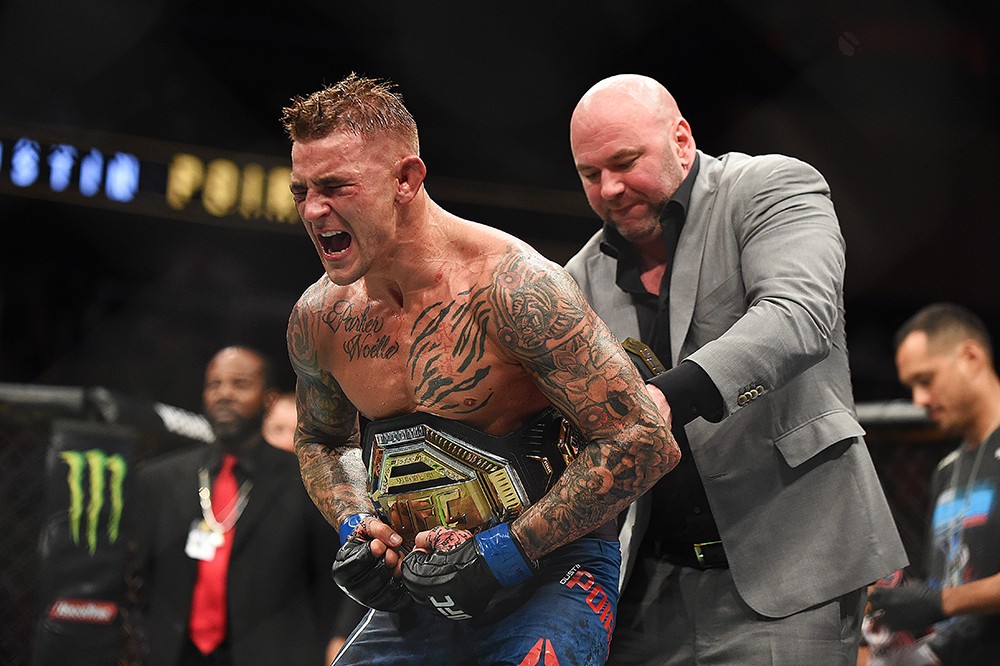 Dustin Poirier will step into the octagon on 10th July to face Conor McGregor in a trilogy fight at Mobile Arena in Las Vegas, Nevada. Both fighters will try to win this match and earn the bragging rights for the Lightweight title. As we head closer to the fight, let’s take a look at all the walkout songs of Dustin Poirier throughout his entire career.

Dustin Poirier defeated Pablo Garza via submission and handed the Scarecrow his first loss in the promotion.  Furthermore, The Diamond walked out to Bubba Sparx’s popular song called Deliverance. He fought against Pablo Garza at the UFC on Fox 1 card in 2010. By defeating Pablo Garza, Poirier earned his third victory in UFC and started to come into the spotlight of the company.

The Diamond walked out to this popular rap song written by the legendary rapper Kanye West in his fight against The Notorious. However, during the build-up of this fight, The Irishman got into the head of Poirier with his trash-talk. As a result, Poirier got distracted and suffered a brutal knockout loss in the first face-off against Conor McGregor at UFC 168.

After moving up to the Lightweight division in 2015, Dustin Poirier suffered his first loss in this division against Micheal Johnson in the main event of UFC Fight Night 94. To summarize this fight The Menace displayed his stunning striking power and knocked out The Diamond in the first round of the fight.

Also read: Dustin Poirier Career Losses: Who Has Knocked Out The Diamond in UFC?

Poirier vs Alvarez – Ain’t no Stopping us Now

After collecting an impressive three-win streak over 18 months Dustin Poirier stepped in the octagon to face former lightweight champion, Eddie Alvarez, at UFC 211. The Diamond walked out to this Pop song Ain’t No Stopping Us Now composed by McFadden and Whitehead in 1979. Unfortunately, the fight ended as a no-contest because Eddie Alvarez landed an accidental knee to the face of Poirier in the second round of the fight.

Dustin Poirier vs Jim Miller- Take It in Blood by Nas

The Diamond used this renowned song by Nas who is one of the best rap artists in the entire world. Moreover, he gave a fitting tribute to Nas by securing a dominating victory against Jim Miller via Majority Decision at UFC 208. In this fight, Poirier landed a massive 122 strikes against Miller.

Poirier started walking out to this song in 2017 for his fight against Anthony Pettis at UFC Fight Night 120. He won this fight via Knockout/TKO in the third round of the contest. Since that fight, it seems like The Diamond has developed a liking for this James Brown song. Because he has walked out to this song several times.

He used this as his entrance in his fights against Justin Gaethje Max Holloway and Eddie Alvarez fight. Moreover, he walked out to the same song for his rematch against Conor McGregor at UFC 257 and his title fight against Khabib Nurmagomedov at UFC 242

Therefore it will be interesting to watch whether Dustin Poirier uses a new walkout song or sticks to his signature entrance song for his trilogy fight against Conor McGregor at UFC 264.

Also read:  Dustin Poirier’s Nickname: Why Is He Called “The Diamond