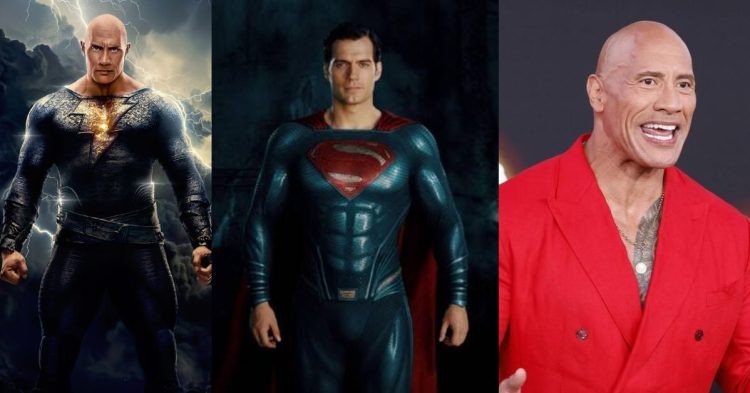 Later this month, the Dwayne Johnson-starring Black Adam movie will finally be released, ending a long period of awaiting for DC fans. Since its announcement, one of the most eagerly awaited DCEU films has been Black Adam. In this movie, Dwayne “The Rock” Johnson makes his superhero debut as Black Adam, the main character.

The actor shared his workouts and other activities on Instagram, giving his followers multiple behind-the-scenes (BTS) looks at the film’s production. The main cast has provided further information about their characters and what viewers may anticipate from the movie as it approaches its premiere.

The actors and crew of the movie have ramped up marketing and promotions with less than 2 weeks till its premiere. A week before Black Adam opens in theatres, there have been some rather significant spoilers making their way online since yesterday night’s formal screening.

That’s in part because following the screening, journalists and critics had the opportunity to speak with Dwayne Johnson and ask the kinds of questions you’d anticipate asking…after watching a movie. Johnson greeted Henry Cavill’s Superman, who briefly appears in Black Adam, with the words “Welcome home,” indicating that despite the current crisis at Warner Bros. Discovery, DC Films will continue to be developed.

Dwayne Johnson just has *this* to say to Henry Cavill after getting Superman to return to the DCEU in #BlackAdam: "Welcome home." 🙌 pic.twitter.com/QT0e0iYEOW

In response to Johnson’s comment, DCEU fans have been demanding for Cavill to make a comeback as the actor hasn’t played the Last Son of Krypton in almost five years. In 2013, Cavill debuted as Superman in Man of Steel, the debut movie of the DC Extended Universe. Later, in 2016’s Batman v Superman: Dawn of Justice and most recently, in 2017’s Justice League, he reprised the role.

Also read: The Rock Sitcom on NBC to Compete Against Smackdown on Friday Nights

Can Black Adam and Dwayne Johnson save the DC Universe?

Next week marks the release of Black Adam, and we eventually have the first reviews for Dwayne Johnson’s DC film. Johnson plays the title character in the new film, who is released into the contemporary world 5,000 years after being imprisoned to administer his particular brand of justice, prompting a fight from the Justice Society.

Responses have been positive, praising the movie as a “game-changer” and highlighting Johnson’s outstanding performance as a role he was “born to portray.” One reviewer said of Pierce Brosnan’s performance as Doctor Fate: “Pierce Brosnan crushes it. He takes over scenes. as charming as ever.”

#BlackAdam is a game-changer!! This is the #DCComics movie I’ve been waiting for & it did not disappoint. @TheRock is electrifyingly brutal as Black Adam! This is what I wanted Black Adam to be. The action in the film is non-stop & seeing the #JSA on the big screen was a thrill! pic.twitter.com/NigTxsfmd7

The movie delivers amazing action as promised by the countless trailers, with some critics dubbing it “epic on every level.” At a Black Adam test screening last month, Johnson stunned the audience by referring to the film as “my passion project to the bone.” “I’m really appreciative of receiving these early responses. There is still plenty to do, “Added he.