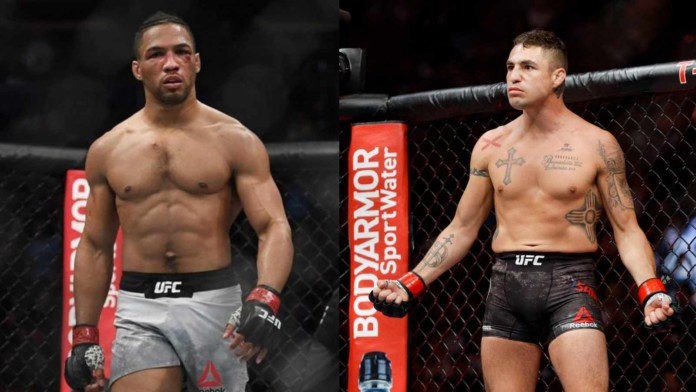 Kevin “Motown Phenom” Lee (18-7) will be making his Eagle Fighting Championship debut against Diego “Nightmare” Sanchez (30-13) in the EFC 46 headliner on March 11 at the FLXcast Arena in Miami. Even though Lee has lost four of his past five fights, including two in a row, he is the betting favorite (-800) against a massive underdog Sanchez (+500).

Lee competed 5 months ago at the UFC Fight Night when he lost to Daniel Rodriguez via unanimous decision on Aug. 28. Whereas, Sanchez has significant wins on his resume at this late stage of his career. But he hasn’t fought ever since his loss at UFC 253 against Jake Matthews.

Also Read: How Much Money Did Kevin Lee and Diego Sanchez Earn for Their Eagle FC Debut?

Kevin Lee claims he will “break” Diego on Friday using his strength and technical skills. Even though the “Motown Phenom” prefers going all aggressive; pushing forward, scoring takedowns and ground and pound on his opponents.

Kevin is younger and more skilled than Sanchez. He has superior striking and ground control and might use them in the early rounds. But he should be careful not to tire himself out. He is the much stronger and more athletic fighter and has all of the necessary skills to end this bout before Diego has a chance to rally.

On the other hand, Diego Sanchez is far past his fighting prime but tends to thrive late in fights. He has incredible cardio and very elite ground skills. He still has the skill and tenacity to beat elite fighters if he comes in with the right game plans

If Lee is unable to finish him, Diego has what it takes to drag him into later rounds and make Kevin very tired. That could allow Sanchez to hunt for takedowns score a late TKO or submission over the former interim Lightweight title challenger.